A hot girl coming from the islands 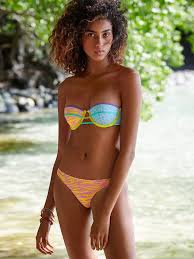 If you have not heard from me for a long time, it’s normal : I went green since December 23th. My work tool needed some rest because it was close to overheating.

I spent the holidays with my parents, nice and warm in the south of France with my cat and my dog. I also got 1kg fatter : I realized the fucking prowess to take 7kg in 6 months. Seeing that on the scales kicked me in the ass, so I made the right resolution to go swimming 2 times a week (before I went more but here in Lyon the pools are shit and I have hard work office hours).

Monday and Tuesday, the come back to work was really difficult. In the evening, I was dead, so I just watched movies… I took advantage of being alone to finally watch 50 shades of Gray. It was not so bad but I find that the actor is not credible in the role of Christian. The guy is handsome, yes, but I think it does not suit him to play the dominant alpha. Otherwise, the scene I have the most enjoyed is when he tells the girl to get on all fours and he spanks her. All in all, I was still disappointed : I did not find the film exciting enought to jerk off.

Wednesday night, I did a little photoshoot with the teacher in underwear. It was funny. She says she finds that I have not got fat… she is so nice! But I think she said it especially so that I eat the frangipane cake she cooked for me. In short, it is always very cool with her… and, besides, she is trying to find for us a chick on Tinder, to make a 3some !

Thursday, I went to the pool with the Nice Giant. I had some knocks in the heart during the effort and followed a restless night. Stress, surely. So, I was really punished Friday morning, fortunately the weekend pointed the tip of its cock!

Yesterday, Friday at 9 pm: first Fuckclose plan of 2016. I had a date with La Réunionnaise. She is, like the original pseudo I chose for her indicates, a girl coming from the islands. She had sent me a spontaneous message on Adopte at the end of December, when I was getting into the train to Aix-en-Provence.

“Hello ! First of all, I want to award you the prize of the longest description of the whole site I guess (smiley). And that said, not the least interesting (smiley). I have a little confession to make to you: I knew your website even before finding you here… I read it a few months ago but in the meantime, I totally forgot you (I confess). I registered on Adopte two days ago and as if by chance, I come across your profile, coincidence (smiley)? In addition, I discover that you live in Lyon now, one more coincidence (smiley)? It’s up to you to answer these questions (smiley) (sorry, I put a lot of smileys when I write (smiley)). Hoping to read from you, maybe!”

My answer: “Thank you for the compliment. I am delighted that you are a reader of my blog… you are not the only one here who has recognized me but I am surprised every time, how had you discovered me? No, I do not think it’s a coincidence. As for the second, let’s call it fate or luck, it will be more sexy (smiley). Don’t worry, I love smileys and I hope you smile so much in reality! Kisses!”

Then : « You must be the only guy who managed to scare me with a message! My phone vibrated oddly when you wrote me… I discovered the features of Adopte as you can see (smiley).
– Haha, my goal was not to scare you. But to make you vibrate… so if you vibrated, it’s cool (smiley).
– Hop, vibrate again! I hope this is not the last time I make you vibrate!
– Ah ah, for the fact to make me vibrate, it’s up to you (smiley). By answering my messages, of course (smiley)!
– If I send you several messages in a row, are you going to reach orgasm then?
– Hm, I do not think so! I do not know what kind of vibrator you have on your mobile, but on mine, it is not awesome… I may not have found the right setting (smiley)!
– Effectively ! I think you just did not set the right setting! Come then, show me, the after-sales service will take care of it (smiley) !!!
– Oh, if it’s just a set-up problem, I can send it to you, no problem… I did not know you had that hat (smiley)…
– Yes, on the other hand, I said to bring it in my own hands (you will wash your hands before) not to send it to me. I’m not very into hats but you can give me one.
– At the moment I wrote “send”, I wondered if you were going to notice (smiley)… But no problem I can bring it to you, if you manage to settle my phone as it should, it is all blessed for me (smiley). Have you ever been told that some of your jokes were shit (e.g. the hat joke) (smiley)? Luckily for you, I’m kinda easy (for jokes) (smiley)!
– Of course I noticed ! Is it not said that the devil is in the details? :) And yes, I’ll fix it, your phone problem !!! Yes, I’ve already been told, lol, that’s why I do it! Awesome, I love when it’s easy…
– Yes, you are totally right, so, it forces me to choose the words I use (smiley)! And I remember that you owe me a phone with orgasms! Better than all the apps in the world (smiley)!
– Yes ! Watch your vocabulary, girl (smiley)! A promise made is a debt unpaid, you will have a phone that will vibrate so hard that you will let yourself go to the seventh heaven.
– Cool, the problem is that it will no longer be used as a phone…
– What do you mean ? You’re gonna use it so much that it’s going to implode ?!
– Yes, if it is set to give orgasms, I will maybe use it a lot!
– You know what is set to give orgasms, too? Me (smiley)! Do not hesitate to use me !!!
– Ah ah, until now you only offered me the phone (smiley). But it’s interesting…
– If you want us to meet up this week (smiley), tell me! »

She came to me at the time said despite a cold (so much the better because I do not like flakes). We talked a little bit about the relationship between men and women. She is a payroll manager and seems to have a keen mind. She has been in a couple for 6 years and has just registered on Adopte. She has already banged another guy and I would be the third dick she knows. She made it clear to me that usually she does not go to the guys directly but that since she knew my blog, she made an exception. I called her a groupie.

She is a metis (kind of chocolate with a lot of milk), she has a beautiful face, she is tall, not fat. Not too much make up either but she has a piercing and beautiful eyes. Despite her sexyttude, she told me that I intimidated her. Then we played a game of looks (“the first one who looks down has lost”). But since we had been holding up for 15 minutes, she told me that I could do whatever I wanted to try to deconcentrate her, that she would do well no matter what. I took it for an invitation so I fiddled with her. She did the same on me. Then I fingered her (she was still sitting in front of me and we always played this shitty game.) It lasted quite some time. It is true that she held good, the rascal. It was there that she said “I’m on the very verge of enjoying…”  Yeah, I had one finger on her clit and two in her pussy. She tried to catch my cock to create a derivative to her pleasure but she could not do it thanks to my Efficiency belt that protects me from female assaults.

She went very high and complained about getting hot so I let her undress. I took advantage that she gets up to turn her against my dining table and to finger her from behind with a hand while stroking her clit with the other. There she enjoyed a first time. I was annoyed because I had not paid attention to who had looked down the first one. And I do not like losing. So let’s say I won !

Well, I wanted to finally allow her access to my precious toy so I showed her how this damn belt of chastity opens. She really jerked me to let off steam. Then I pushed her on my bed and licked her until she finally came again.

She was in the mood to do battle and wanted to thank the after-sales service so she got up in a sitting position on the edge of the bed. I got up too, standing in front of her and she sucked me. Until the end, and she swallowed. Fuck ! I love that ! It was very good. She drank a glass of water and on my side, I was high, so I lay down. She lay next to me so I fingered her on her G-spot while waiting to get hard again. She orgasmed like crazy a third time. “Stop now my pussy can not  handle more.”

I had become hard again in the meantime so I showed her my proudly erected cock by asking her if she wanted me to penetrate her. It was ready. So she climbed up on me, then I took her doggy style.

Finally, she lay next to me to hug. We talked about a lot of stuff but mostly how is life in La Reunion. It looks cool, seriously, except the shark attacks on swimmers. It seems that the sharks are aimed mainly at surfers because, seeing them from below, they believe that surfers are turtles. It also seems that the tradition there wants that after they graduate from high school, the chicks conceive a child! It seems to me kinda young but no problem ! Well, it was already 2am when we had finished talking so she took her car to go home. We did not see too much time passing by, it was nice.

My bottom line is that she is cool, she actually smiles almost as much as she puts smileys on Adopte. I do not know if I will see her again because I’m short of time and because I want to fuck a lot of other girls but she’s a nice girl anyway.

This morning I found the following text on my phone (I had fallen asleep in between) “Thank you for this night (smiley)! You killed me (smiley) !!!” It always gives me pleasure when they thank me for the orgasms I gave !!!

1 thought on “A hot girl coming from the islands”

previousStreet pick-up : taking her phone number or giving yours?
nextHow and why to sexualise ?