After making love, she wanted me to estimate her performance (/20) 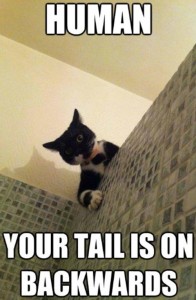 This weekend, I did the doctor Clark’s liver cleanse. A bad time, I had, yes yes: sleepless night and runs during 48 hours. Worse than the period when I vomited with an incredible charisma some mojitos in a lugubrious street of the city center of Aix at the exit of a dirty club. Finally, I evacuated quite a lot of shit out of my body, green and yellow things that could be gallstones, but I have another big thing that is stuck in the bowel. It hurts, I’m waiting that it comes out.

I thus took advantage of these two days when I was OUT OF SERVICE to pick up on Adopt with my all new nickname “ORGANIC PRODUCT”. The first day, a girl sent me a photo of her in underwear. They were red, she was blond, I was hard. It is rare that a hottie quickly sends naked pictures like that (rarer than a hairless Portuguese but less rare than a Chinese with big tits). I am going to try to screw her, the process of negotiation is in progress. The second day, I was approached as follows by another girl:

SHE: why “organic product”?
ME: so that a hot girl (like you) wants to eat me, unless you prefer a mac do, darling ? :p
SHE: Mc do, organic, your body why not I like tasting everything… or alsmost ;)
ME: You’re right , tasting commits to nothing, if you don’t like it you spit out mouahahah ! Still in Aix today ?
SHE: Not today if you want on Thursday I am available between 4 and 6pm
ME: Normally it’s a 5 – 7 (happy hour) that we do, not a 4 – 6 mouahahah
SHE: You’re right!
ME: If you want to play it dirty all what you have to do is asking, you know
SHE: Lol why do I give this impression? it is you who are rather direct
ME: lol ! I said that in a rather affectionate way:) and the one does not prevent the other one lol
SHE: Hum anyway I have not said that I didn’t liked it ;) you’re totally right
ME: cool :) now that we clarified the situation let’s remove our clothes and stare at each other O:)
SHE: :) hum you like putting me in trouble… I never know what to answer it is disturbing but in the right way I like you very much ;)
ME: What do you find difficult in this situation, honey?
SHE: Absolutely nothing! If you make love the same way you speak I will crazily enjoy!
ME: Well I would love to please you then ! :)
SHE: Do you have any idea where we could meet?
ME: yes ! my place ?
SHE: I would prefer a cafe, a more neutral place (yeah it doesn’t mean anything!) we can always go to your apartment after if we want to, what do you say?
ME: well I say that honestly if have you only 2 free hours, and that we go for a coffee we will do absolutely nothing in the end
SHE: I have another bus later;) and for a first date I wanted to remain wise… Well a minimum ;)
ME: Yeah. Well listen, I am against the principles like “for a first date I wanted to remain wise” and I don’t drink in bars :)
I remind you that it is not a relation of couple that I propose you, eh, I can be your buddy and give you orgasms from time to time!
Thus here we are, we can meet in the street and go to my place, or then otherwise you can find another guy who will accept that you tell him where, when and with whom he can make love (there are a lot of suckers on this site darling) !
besos
SHE: Well I have never said that I wanted to be your girlfriend, it was just so to be careful, don’t you know the word “psycho” because there are a lot out there!
And the word “wise” includes a lot of preliminary in my definition!
So where do we meet tomorrow?
ME : I see ! I understand you’ve to be careful !
I like your definition
Well I’ll meet you in front of my building then when you will have seen that I am not a old pervert, you come over and I make love to you directly during 2 hours?
SHE : That sounds perfect

Just a quick explanation on online pickup for a reader who asked me how to seduce on the Internet.
1) You need a nickname that draws the attention, and that marries with the theme of the site. Otherwise it is like going in a disguised party without disguise. Or the contrary, I do not know what is the worse.
2) A description that makes a good sorting so that all the idiots watered by Twilight in intravenous injection from their birth do not come talking to you… and that those who want a sex thing at the bottom of themselves come. NB : in this handbook case, this girl had written on her profile “no sex things” : It is thus necessary to trust rather their acts than what they tell. A chick who writes “no sex things” : it doesn’t mean anything concretely, this is why I don’t even read the profiles anymore. If she writes “looking for something serious” it is to take away the starved vultures and to choose herself the cocks that will be entitled to her Promised Land. There are a lot of girls who put “in a Relationship” on FB too, but it is just to don’t have all the starved on their back (for example the guys who send pokes everywhere like me). In brief, their strategy of defense is coherent but is a pain in the ass. I would like more sincerity and more orgasms.
3) Photos in which you are a character, not in which you look like a wanker, topless in your mirror with your pubic hairs that come out of your pair of underpants.
4) Being direct and assuming, not being afraid of the judgment of the stupid, tight-ass and conditioned girls, like if it was completely normal to take some pleasure when we can with someone we like. You just save time, that’s it. These girls wouldn’t have sex with you anyway, and even if you managed to fuck one by magic, it would be a bad leg. The purpose is not thus fuck the girls to whom you speak, but it’s speaking to girls you can fuck quickly without complicating things. The sorting, the statistics, we always come back to it! Fuck, I did well to make a high school diploma in sciences!
If you want more advice to pick up chicks on the Internet, you can check Secrets for seducing on the Internet!

After sex, she asked me “what’s my sexual grade / 20 ? me I give you a 17…
– huu well heee, 8/10 for the blowjob and 7/10 for the rest, so 15.
– OK…” Then, we discussed, she is nice and cool except that she usually hangs out with dealers “I like bad boys”. She had only 8 lovers in her life, including one during 8 years. As a consequence, she was surprised when I told her how many lovers I had (much more). She told me the story of one of her friends who did not have sex since 1.5 year and who told her “oh all the same it has been only 1 month since you did nothing and are you in lack yet, be careful this guy you want to visit is probably a psychopath”. We recognize here the frustrated girls, or those who have never really tasted the pleasure of the human enjoyment at the first date. I love debates like that, could be in a collection of the best conversations under MDMA.

In my Facebook “other” inbox I received something. The message of the ex of this girl who asked me like a fanatics and jealous starved dude “how do you know Victoire ???” I almost answered the truth, but finally I said to myself that the discretion and the respect for this girl were going to be my new trump cards in 2014. Knowing that I am as reliable as a promise of François Hollande…

I salute you, dear PUA colleagues. I also salute the Peeping Toms who read this text but who did nothing this year. I finally salute the girls who read me in secret then touch their panties during the night in their bed like sensualists sleepwalkers. Well, kisses. I’m done here.