Answers to my detractors and why I am right 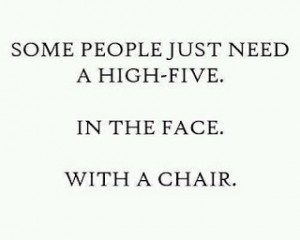 What follows is the translation of an article which I cannot regrettably translate in its entirety because it is full of French reference. In brief, a guy has liked my site and showed it to his girl who began to offend me. The fellow suddenly changed opinion. And then, they made a false profile on Internet to try to trap me and make me go to a fake date. I unmasked them before fortunately. What that reveals on them, acting like that? Impotence and evil-being.

You can read the article in French here.

Why the poor men lick the bottom of their girl by losing self-esteem? Some claim that they are in love and they think that that justifies everything. But in fact, few are really in love, many convince themselves that they are by ease. To make efforts, to go pick up, not it is so easier to empty me testicles in this girl even if she is not totally rather convenient for me than to find one I really like. Bit by bit they meet themselves booby-trapped because they get fat or other, and there it is the end of beans. In brief, this kind of attitude reveals well a lack of personality and self-confidence.

Why the women (and the experience showed me that it is especially those who do not trust their power of seduction) want couples and make the guys feel guilty as well as the other girls who have fun? Already to be sure hold the guys in leash, then that allows them to say “He loves my personality not my ass, he is a good guy”. Effectively, it is a sucker who fucks a fat and soft idiot by ease… Know that we are all governed by the instinct and the rules of the evolution, then I laugh slowly when people who ever read nothing on these subjects think that I base my argumentations on things which are not proved.

There are too much of those guys who say to women “oh no I am not an asshole like him, I don’t want to fuck that doesn’t interest me… well now that I said that, can we fuck ?”

My goal isn’t to be a pain in the ass. But rather to make them happy and wishes only the happiness of my fellow man : It is for that that I created a blog of personal development which will help those who will indeed want to accept the certain truths. It is when we feel ill at ease and not filled in life that we look for the shit : instead of trying to get out upward, most of people try to pull the others downward. It is sad, do not fall in this trap.

I do not manipulate any girl. I do not even try to sleep with a lot of girls, I am too old now… I experience, I enjoy myself, I take some pleasure and especially I give pleasure. I am for the natural game, that is to say the cash game. There are no fucking games with me, just initiatives. That hurts me in fact, seeing people driven by their ideology and totally out of the reality criticizing me while they read of fault what I write.

Most of the right-minded people are simply people who have never taken a single slap in the mouth. It is for that that I criticize so much the overprotected society in fact. Most of people really know nothing about life, they do not know the price, they defend useless ideals and piss off the world for bullshit instead of savoring the luck they have. We should restore at least the military service instead of authorizing them to look at so much fucking series which make them weak and idiot. Diplomas mean nothing anymore in Fance now then everybody considers intelligent and thinks of being right.

Misogynist? H’m not. Macho man? Neither. Consider women as objects? On the contrary. I am feminist because I defend the sexual freedom of the women. No judgment of my part, I try to make change the mentalities of the other men. The thing it’s that idiot girls judge those who gave fun because they have not enough personality to set themselves free.

Follow my advices, you will go farther than by reading all these stupid blogs held by sub-shit as it teems with it on Web. I’m fed up that some people think that what I write are opinions… No, they are facts based on studies and experiments. And yes, I studied the evolutionist theories, the communication, and I have several years of experience now. Stop taking me for an idiot huh, I have a good degree and a QI of 142.