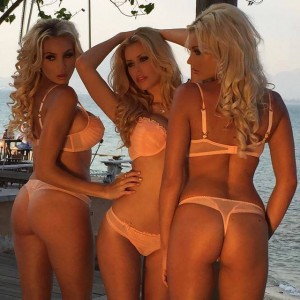 Most players would like to be able to approach the pretty girls in the street. Or in stores… in short, everywhere in daily life. But it’s harder than it seems. So they sometimes think that they’re lacking of motivation. I think, myself, that motivation is there but that fear paralyzes them.

The fear of social rejection is normal and, peak of the roof, it activates the same neurological mechanisms than physical pain. Who would voluntarily want to be hurt? So it is much easier to avoid it: in order to avoid potentially negative social judgments, we regularly develop avoidance strategies.

It’s a widespread phenomenon, this damned approach anxiety: but it is only by exposing to it regularly that you can tame it. It’s like a phobia, we can control and contain it, but I never managed to make it disappear.

The difference between the players who are motivated and the other is that the motivated players are actively seeking to fix this issue. The motivations: the desire for sex, to have a girlfriend, to know what is love, to have a better self-esteem, to brag in front of the friends, etc.

To keep some internal consistency, players often develop false excuses for not going to the front. Typical:
– she is not hot enough;
– I’m not in the mood ;
– I will go after my exams, there, I’m too busy;
– There are too many people around;
– I do not feel very good there;
– I’ll go later;
– I have not yet the level to be successful so why should I try? ;
– I’m not out for that;
– This is not the right place;
– Etc.

When you come out with your LAIR or with a coach, and the other guys approach: we will more easily dare to approach. “The others do it so I have to do it too”: it is a kind of demonstration effect. Within this group, the norm is to approach (unlike lambda people) so I go for it… in these circumstances! We thus feels more legitimate and social pressure is reversed. Moreover, there is less fear of social rejection because we are already part of a group. A group of people who understand us and will not judge us if we take a rake. Rather we will laugh together and it will be fun. If I approach alone, who are my audience?

It’s not bad to approach with a group but the ultimate goal is still to reach the “autonomous” phase. So, to reach the point when you’re able to make the move despite stress.

Three rules rules for this purpose:
– Go there just to see (“the game rather than the stake”) to make her smile, maybe it will result in a nice and spontaneous exchange of bodily fluids;
– Do not try to make perfect approaches (who cares ? therefore, it puts too much pressure on you, and then who can judge?);
– Make it simple: one idea per sentence, do not try to be TOO original, pay more attention on your BL than on anything else.

Indeed, there is not really any GOOD opener (nor bad – depending on the context). Take ideas where you want/can and recycle them. Work is already ready for you by the way: I made a collection for this purpose. Try to do not hesitate when you approach, do not show you’re too afraid of the pretty girl (intimidated), and talk to her like if you were talking to a longtime friend (girl). You will have already done the heavy lifting. There’s girls who are afraid of mice, these little beasts. And well, most guys are afraid of girls, the little beasts because they have power over them! We thus understand how it is ridiculous : people have a power on you only if you give them.

You probably know it already: we subcommunicate more than we communicate with our words. So: your posture, the way you move and your tone of voice is more important than the opener you will choose. Try to be relaxed or at least to seem relax. And know that she may criticize your opener, but it would be a “logical” response to an “emotional” feeling: she will try to verbalize her feelings. I have already approached with “hello are you the one who farted?” and “I love you” !!!

Momentum: When we approached many times, we are warm, and then we approach more easily. The most difficult, are the first ones. I call them “warming up”.

Pretty girls have their ass stared at all the time. Sometimes it turns them on, sometimes it repels. In the case of a sex-starved dude who has no female friends and has not touched a woman for several months, she will not like it : so never communicate that you are in mode “sex-starved”. In no way. Even if this is the case. ESPECIALLY if that is the case. An alpha has the choice of women, so he is not hungry. Do you want her to take you seriously or not?

In two words: step your foot into action first, the brain will follow and activate when you’ll open your mouth. These are often last-minute interference that come and block approaches. So introduce yourself in the set, for example, and you will see after what will happen. Why anticipating?

Staying mobile or waiting until they pass in front of you?
– In a club, in a crossing such as the bar or in a corridor, you can approach the girls passing before you. Assembly line. It saves your energy (not moving). It’s like when you’re waiting for your suitcase at the airport.
– You can also approach when you walk through the crowd to go to the toilet or elsewhere. In movement, we are by definition less needy. Then fuck her in the toilet ;)
– On the dancefloor, I rather recommend an approach based on the body language, take her hand or dance with her. Anyway, I’m not really a “dancer”, especially when I’m alone. But dancing with a girl in order to warm her, yeah, why not?

previousHow not looking like a weird guy?
nextUnderstand this fucking procrastination