Autobiographical bullshit that make you waste your time 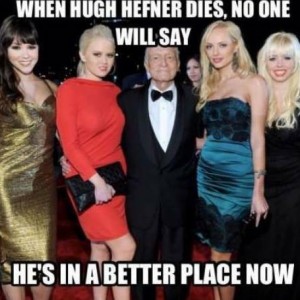 Hi everybody, welcome to my online diary. I have already told my sexual life in Diary of a French PUA so I think that it would be repetitive to simply do it again. By the way, some people said that it was not my best ebook, fortunately it is not anymore the only one. This time, I thus decided that my laborious wild imaginings would have a theme : online dating. Here, I am thus going to speak especially about the girls I fuck thanks to Internet (and maybe even about those whom I would have preferred not to fuck). You’ll see what we can do with a simple Internet connection!

It is moreover why I wrote a manual about online dating (nothing crazy, one more best seller) to complete this newspaper. Indeed, I said to myself that the association of both would be commercial as one pleases, that I could finally live off my art and even become so rich that I would not know anymore what to do with my fucking cash. And finally, illogical continuation of things, I shall buy a very kitsch red cabriolet to parade on the cours Mirabeau (kind of champs Elysees in my city) and make me suck effortlessly by all the magnificent superficial neurotics wishing to become apprentice models… It is beautiful to dream and to share my psychotropic frenzies with my poor readers who got lost on this blog by thinking that it was a porn thing.

More seriously now. For those who don’t know me, if I claim to be a Pick-up Artist today (no it is not a new car), it is not only because I slept with more women than most of people. It is especially because I enjoyed doing it in original situations. But last year, I still improved my game: by watching a seminary of Brad P the work #1 PUA, the last questions I had about the science of seduction found their answers. I am forced to the seduction like a young trendy gay would be forced to fellatio but do not confuse me with Hank Moody nor Charles Bukowski: I stopped drinking. Otherwise, I live in Aix, a city where the slightest parking space costs 20€ / half an hour thus, yeah, I am a little broke. It is in the South, in the sun (au soleil with Jenifer).

No need to tell you Freudian bullshit about my childhood nor anything… here’s the straight. Know simply that I was born… crap, I forgot my date of birth, it was a too long time ago! That my job it is to give some pleasure and to teach the others how to do so. And no, however unpleasant it might seem to my psychoanalyst, I do not want to frenchkiss my mother… rather to slap her mouth sometimes. But I am a kind boy then I hold on, like Gainsbourg. Having said that, if today, I often digress in uncontrolled skids, the education I received is probably the best excuse I have. My main hobbies is to be a boy of wrong company. And physically, I belong to Johnny Depp just like Valérie Damidod belongs to Cameron Diaz.

I like claiming the status of misunderstood genius but because I swore not to tell you bullshits here, I have to recognize that I am seriously neurotic. But in the best sense of the word… if there is one. Keep this paragraph in mind during your reading, at least you will not be surprised when you will read that I eventually freaked out seriously this year… Some people think that it is because of the aggression by 4 drug-addicts I suffered last year. A rape by bisexual women would probably not have traumatized me so much!

I have always been a fucking hypochondriac. This irrational fear of the disease did nevertheless not prevent me from regularly having sex without condom until recently. This is why, I spent quite a lot of time at the detection and medical center. But, as you maybe read it in my first ebook, I make big efforts and it has been several months since it didn’t happen anymore to me. Now, I have a girlfriend, “an open relationship” who’s called Virginie.

Frustrated by the unbearable final of the season 8 of Dexter and by the fact of not leaving for Australia (because I have to study for my final exam I failed last year : -0.75 points), I am going to have to let off steam by traumatizing in my turn certain inhabitants of Aix a little tight-ass for example by making them discover the enjoyments of the doggy style with spanking. I am also going to hunt my congeners typical inhabitants of Aix: suicidal, idle, rich, drunk every Saturday night and with some flour on the tip of the nose. Tits and ass as firm as the politics of François Hollande, our dictator President.

I hope that thanks to the idea that you follow my adventures on the Web, I am going to put myself a good kick where I think to don’t sink into depression. Furthermore, the possibility of re-reading my adventures is logically going to help me to become more and more effective: we get to learn from our mistakes. In that respect, we are going to be able to qualify my fornications as… “intellectuals”. Basically, you are reading some modern literature… but very very modern !!!

During these politically correct times, I take (with a malicious pleasure) the risk of arousing the sarcasms of the critics from Aix. I would be hardly disappointed if you were not shocked at least a little after having read some of my most daring adventures. I would also be disappointed if I didn’t receive any message on FB perfumed with the cyprine of my readers and containing a combo dediboobs/duckface as attachment. The call is launched ! I shall be finally disappointed if none of my readers jump one day on me into the street by pushing hysteric shouts while putting bra on the head. Well then… I expect that a large number of people won’t like what I write, because in France we especially appreciate well-thinking and lies… just have a look to this this movie in which one would want to persuade us that Manu Payet is completely credible in the role of the guy who bangs two hotties without making more effort than delivering a bad game.

The girlfriends of my readers will not love me because they will think that I push their man to depravation. The boyfriends of my readers will be jealous because their girl will think of me during sex. I thus essentially aim at a public of open-minded single people. If you think that I am a big jerk, well, fuck you… Otherwise, I’m glad to count you among my readers. If you are wise, one day I will maybe publish a photo of my triple legendary sex (yes, it is because of the nuclear accidents).

Well, I stop the autobiographical bullshit that make you waste your time. Besides, you are probably not sure if I just write the shit that come into my head in order to troll my own readers or if I am serious. Now, this introduction is way too long, I have pain in fingers due to typing. You’ll have to find the answer on your own!

See you in the next post for the first adventure of 2014!

May the god of the Game be with us !

previousFunniest messages received on POF and FB
nextTell me, didn’t we sleep together last week?