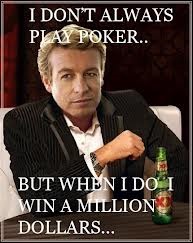 Humans move their bodies when communicating because, as research has shown, it helps “ease the mental effort when communication is difficult.” The study of body movement and expression is known as kinesics.

Physical expressions reveal many things about the person using them. For example, gestures can emphasize a point or relay a message, posture can reveal boredom or great interest, and touch can convey encouragement or caution. Unintentional human gestures such as making an eye rub, a chin rest, a lip touch, a nose itch, a head scratch, an ear scratch, crossing arms, and a finger lock have been found conveying some useful information in specific contexts. For example, in poker games, such gestures are referred to as “tells” and are useful to players for detecting deception clues or behavioural patterns in opponents. When it comes to seduction, interest can be indicated through posture or extended eye contact, such as standing and listening properly. Some people use and understand body language differently. Interpreting their gestures and facial expressions (or lack thereof) in the context of normal body language usually leads to misunderstandings and misinterpretations (especially if body language is given priority over spoken language). It should also be stated that people from different cultures can interpret body language in different ways. The interpretation of body language should not be based on a single gesture. Pease suggests evaluation should be on three distinct rules:
– Read gestures in clusters;
– Look for congruence;
– Read gestures in context.

Arms can indicate defensiveness, openness, or dominance, among others.

One of the most basic and powerful body-language signals is when a person crosses his or her arms across the chest. This could indicate that a person is putting up an unconscious barrier between themselves and others. However, it can also indicate that the person’s arms are cold, which would be clarified by rubbing the arms or huddling. When the overall situation is amicable, it can mean that a person is thinking deeply about what is being discussed, but in a serious or confrontational situation, it can mean that a person is expressing opposition. This is especially so if the person is leaning away from the speaker. A harsh or blank facial expression often indicates outright hostility.

Crossed arms are usually viewed as a form of subtle protective barrier. Crossed arms arise in situations involving a number of things, such as concern, boredom, or feeling threatened. If a person is cold, then they may also choose to cross their arms, unintentionally sending mixed signals.

Gripping own upper arms can be perceived as a sign of insecurity in some males and females. It is a form of self-hugging, an attempt to reassure oneself in times or situations of unease. Arms held behind body with hands clasped are a signal of authority or confidence. It is seen in authoritative figures such as police men and armed forces officers.

Many arm signals are related to a sense of nervousness and are used to erect a physical and subconscious barrier to the offending stimulus. Typical barrier signals include, but are not limited to:
– A handbag held in front of the body
– Papers held close to the chest
– Adjusting one’s cuff, a watchstrap, tie, etc.
– Arms or hands covering the groin, and so forth.

Consistent eye contact can indicate that a person is thinking positively of what the speaker is saying. It can also mean that the other person doesn’t trust the speaker enough to “take their eyes off” the speaker. Lack of eye contact can indicate negativity. On the other hand, individuals with anxiety disorders are often unable to make eye contact without discomfort. Eye contact can also be a secondary and misleading gesture because cultural norms about it vary widely. If a person is looking at you, but is making the arms-across-chest signal, the eye contact could be indicative that something is bothering the person, and that he wants to talk about it. Or if while making direct eye contact, a person is fiddling with something, even while directly looking at you, it could indicate that the attention is elsewhere.

When speaking to someone direct eye contact can be an indication of honesty by that person, although trained liars have practiced this skill and can copy it well. When you are listening to someone and have eye contact that generally means you have interest, attentiveness and some kind of attraction to the person.

Widening eyes indicates appeal, interest and invitation. Usually interest in someone or something you are looking at, and a positive response. The exception is when widening eyes are paired with raised eyebrows, which can be a shock response. Women tend to widen their eyes to try and increase their attractiveness.

Rubbing eyes can be associated with disbelief about something (as in checking your vision) or something that is related to crying or tiredness. Usually if paired with long blinks then it means the person is tired or bored.

When an eye has an upward roll, it usually means it is a sign of frustration or annoyance.

The black center of a person’s eye gets larger to let in light and smaller to let in less light. When it is dark that is one of the reasons pupils are dilated. Another reason pupils dilate is when someone sees something that is appealing, interesting, or attractive.

When blinking is frequent it may be a sign of excitement or pressure but it is not a reliable way to tell if someone is lying. When the blink rate is infrequent it usually means boredom if the eyes are not focused or it can mean concentration if the eyes are focused.

The fact that women sit differently from men has to be taken into account: men tend to have a more open leg position while women do not, so therefore when a woman sits with open legs it has a different meaning than when a man does. Leg signals are supported by the corresponding arm signals that go along with them.

When a person is seated they usually have their leg direction pointed in the direction of their point of interest. When they are uninterested in a conversation or a person their legs will point away from them. When legs are crossed the upper knee dictates what they are interested in or disinterested in.

When legs are uncrossed that generally means they have an open attitude no matter if it is male or female.

Legs together generally mean properness when it is concerning a female, this is a very unusual stance in males. This can be due to the female’s upbringing.

Open legs can be associated with arrogance, sexual posturing or combative feelings. This is not usually seen in women, especially when in skirts. This is considered to be combative because it makes the person look bigger than they really are. Confidence signals are increased when arms are open and wide.

Ankle lock is considered to be a negative signal and may mean defensiveness in both men and women.

Depending on what is going on, legs intertwined can mean insecurity or sexual posing. This is usually a female stance. This would be considered sexual posing because the tight crossed leg would tend to emphasize the muscle and tone of the leg. This should be assessed while also interpreting other body signals.

Legs crossed when standing may mean insecurity or submission or engagement. When legs and arms are crossed it usually means less confident and insecure when just the legs are crossed but arms are open it can mean a committed agreement to stand and engage with the other person.

Disbelief is often indicated by averted gaze, or by touching the ear or scratching the chin. When a person is not being convinced by what someone is saying, the attention invariably wanders, and the eyes will stare away for an extended period.

Boredom is indicated by the head tilting to one side, or by the eyes looking straight at the speaker but becoming slightly unfocused. A head tilt may also indicate a sore neck, trust or a feeling of safety (part of the neck becomes uncovered, hence vulnerable; It’s virtually impossible to tilt our head in front of someone we don’t trust or are scared of) and unfocused eyes may indicate ocular problems in the listener.

The technique of “reading” people is used frequently. For example, the idea of mirroring body language to put people at ease is commonly used during interview situations. Body language can show feelings to other people, which works in return for other people. People who show their body language to you can reveal their feelings and meanings. Mirroring the body language of someone else indicates that they are understood.

It is important to note that some markers of emotion (e.g. smiling/laughing when happy, frowning/crying when sad) are largely universal, however in the 1990s Paul Ekman expanded his list of basic emotions, including a range of positive and negative emotions, not all of which are encoded in facial muscles. The newly included emotions are:
– Amusement
– Contempt
– Contentment
– Embarrassment
– Excitement
– Guilt
– Pride in achievement
– Relief
– Satisfaction
– Sensory pleasure
– Shame

Mirroring is the behaviour in which one person copies another person usually while in social interaction with them. It may include miming gestures, movements, body language, muscle tensions, expressions, tones, eye movements, breathing, tempo, accent, attitude, choice of words or metaphors, and other aspects of communication. It is often observed among couples or close friends.

Direct mirroring occurs when a person is face to face with another. It is used by lovers, people with high familiarity or interest in one another such as opponents in a contest.

Mirroring is common in conversation. The listeners will typically smile or frown along with the speaker. If one person throws in sports metaphors, the other will likely parry along similar ideas. Since people usually accept their mirror image with ease, mirroring the person with whom one is speaking generally makes them feel more relaxed and encourages them to open up.

Postural mirror-image mirroring occurs where one person’s left side “matches” the other person’s right side shows strong rapport and typically affinity (sociology) or empathy and increasing your own synchronicity with someone can also smooth conversation.

Incongruency can be mirrored for rapport. If someone says “Great” but looks or sounds downtrodden, a mirroring reply would be to incongruently say “Good” with a similar down attitude like them.

Crossover mirroring occurs when one person’s movement is matched with another type of action, sound, or different movement.

Mirroring is also a technique used in Neurolinguistic Programming.