Believing is seeing or seeing is believing ? 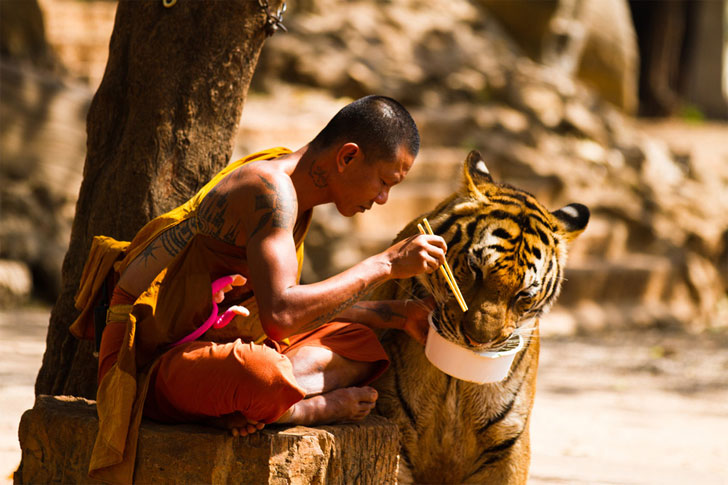 “I am like Saint Thomas, I believe what I see.”

Most people think that seeing is believing. But…  what if they were wrong ? What if in fact believing was seeing?

Maybe just thinking we’re good with women, or believing that the game works so is enough so that it works. And perhaps it is “enough” to do not believe so that it does not work.

Facebook is full of shitty quotes that are nonetheless true. Such as “they did not know it was impossible, so they made it.” I am not saying it is impossible to pick up hotties in night clubs, I’m just saying if you do not provoke your luck, it will probably not happen magically.

We all know someone who has succeeded with women without the game. As we all know someone who can eat like a horse without being fat. So what… ? If this is not your case, I do not see how it applies to you. Equality exists only in the Motto of the French Republic. In practice, we are not all equal in life. We all have a different genetic makeup, we must adapt. We all have strengths and weaknesses. But in general, with work, we can get ahead in all areas.

After the discovery of the seduction community, some alphas become fulfilled, others stagnate in their mediocre love life. Facing a problem, it is often what we decide to believe that determines the outcome. Since childhood, I have always wondered “how am I going to do that?” instead of “will I be able to do that?”

Thus, by not considering that I was not able to do something, I always looked for a way to do it. That helped a lot. Beliefs are the key to seduction and personal development in general. I’m not saying it is enough to believe that we are rich to see a million in our bank account (we do not do magic). I speak of a less superficial reality I speak of your inner strength. And in my humble opinion, this is much more important.

We all have built beliefs about everything. About us, about the others, about the game… Our beliefs influence how we see things : so they influence our mood and our internal chemistry.

“I decided to be happy because it is good for health.” Voltaire

Basically, beliefs are positive mechanisms that are useful to filter our perception. They are used to relieve us of the burden of reflection. However, if we let this weapon turn against us, it limits our results and can even destroy us.

We must understand that whatever our beliefs are, our unconscious works to prove it. If we believe that we are a shit, we will always find in our field of perception some things to support this theory. If we think we can pickup a hottie, you will see life more positively and become more attractive. We’ll be more likely to succeed than people who think that beautiful women are not made for guys like them.

This is also the interest of placebo medication for example: people believe that the treats works and sometimes they really heal without apparent reason.

Given this situation, my conclusion is this: the smartest thing to do is to create beliefs that help us. Because, whether true or false, they will influence our lives. They will become a habit of thought. So it is better if they are useful and beneficial.

Beliefs have a huge impact on our lives: they allow self-fulfilling prophecies. Positive or negative? It depends on us. But in any case, they influence our emotional state which itself is a major key to seduction.

Some PUAs are convinced that all the women want them. It’s not true, but this belief helps them because it gives them confidence. This high level of confidence allows them to have a naturally attractive behavior, which leads to actually charm women.

Their unconscious keeping only the information that goes in this direction, it gives them a reinforced good mood which makes them concretely more attractive. And when they are rejected, their unconscious quickly occults it. For them, the standard is a success. It is still a way of thinking much healthier and more positive than when success is considered an anomaly.

If an opener works once, then twice, you will tend to believe that it will always work. This is wrong, of course, but we will take confidence because we know that it has worked. So, when used, it will show more confidence. Thus, we communicate much more positive things that will make this opener work more than others. But its power is actually coming from the beliefs we have about him.

If, unfortunately, we start a night with rakes, we could have the conviction that it is a bad night and go home. Instead, if we had started with good interaction, we would have felt like with grown wings, which would have encouraged us to try more daring moves.

There is a luck factor in the game, certainly, but it is not because we ate only rakes during one evening that should prevent us from trying to kiss a nice model. The only thing that may negatively influence the interaction is the negative dynamics in which we are bogged down into. If we can break it and get back on a positive way, we will have as much chance with her as if we were not in a bad dynamic.

The first step to work on your beliefs is to recognize that you have some. If you are human, you might be the more open-minded in to world, you have some. Thus, in those thoughts that come to your mind, which generalizations are the most emotionally charged? By becoming conscious of them, you can begin to act on it.

Frankly, we don’t care if your beliefs are true or false, the important thing is that they allow you to be happy. So keep those that help you and change those that draw you down.

When we know that, unconsciously, believing allows an infinite number of things, we must understand that it is one of the most important aspects of your personal development. This is not to scare you, but it reminds me of the result of an experience I had read. I warn you, it’s scary! A group of people had been locked in a room (by Nazis, I think) and were led to believe that the temperature had dropped to something like -10°C while it was actually about +10°C . Well, some froze to death in a few minutes.

There are also stories of people, often mentally ill, who think they are someone else but effectively demonstrate knowledge and skills coming from nowhere. So we know a lot more things than we think we know. You must still be motivated to take action. It is clear that keeping a blog and a diary in which I tell you my adventures with the opposite sex pushed me to be better so I have something interesting (I hope) to tell.

The powers of the mind are far greater than what we think. For example, at age 17, while he was very ill, bedridden in his room, Milton Erickson heard a doctor telling his mother in the next room that he will be dead the next morning. Erickson asked his mother to move his bed so that he can see the sunset one last time before dying. He lived what he later called a self-hypnosis experience, during which he saw the sun, ignoring the tree and the barrier that blocked his view by the window. Besides, he did not die that night, and it was a good idea because he became one of the fathers of modern hypnosis… probably inspired by this experience.

But I do not ask you to perform miracles. Just decide to change your reality when it does not suit you. Beliefs depend mainly on your inner dialogue, the way you speak and formulations that you use when you speak. So you need to act on it to improve your state of mind! Go slowly. Use a positive turn in dialogue with yourself, facing on a desired result and not on what you want to avoid.

Instead of saying “I am nowhere with women,” you say “so far I have not had a lot of results but now I decided to change that.” In this logic, “I’m afraid to take a rake” becomes “I want this to work.” Finally, “I do not approach because it never works” becomes “I approach because this practice will allow me to succeed.” Do you get the idea?

Drive your state! I did at first. I had a list of positive affirmations displayed in my room, so I impregnate myself every time I passed ahead. If you want to read them, they are still available for free here.

Correct your dialogue when you catch yourself thinking negatively. Finally, visualize like if your beliefs were real tomorrow. Imagine kissing pretty girls, imagine that you open your door to a beautiful chick you would have seduced on the Internet and who would come directly to fuck you. Your old beliefs will actually be replaced with new if you can join the most powerful emotions. And visualization is a good way to do this before it happens for real.

In all my ebooks, I communicate my state of mind of womanizer and my vision of things. Thus, by reading me, your reality is deforming to become a little closer to a reality in which you can fuck a lot. Do not hesitate to read if you are a little lost in the mass of information in the community, but determined to succeed. You will see your glass prison melting slowly: you will still have to give the final push to fully destroy it.

In short, it’s up to you to see how much you want to invest in your success with the opposite sex. Of course, the more you work, the better (if it’s not to stir the air – some people do it to salve their conscience).

Believe in yourself and decide to make yourself right! It’s an order ! Courage! 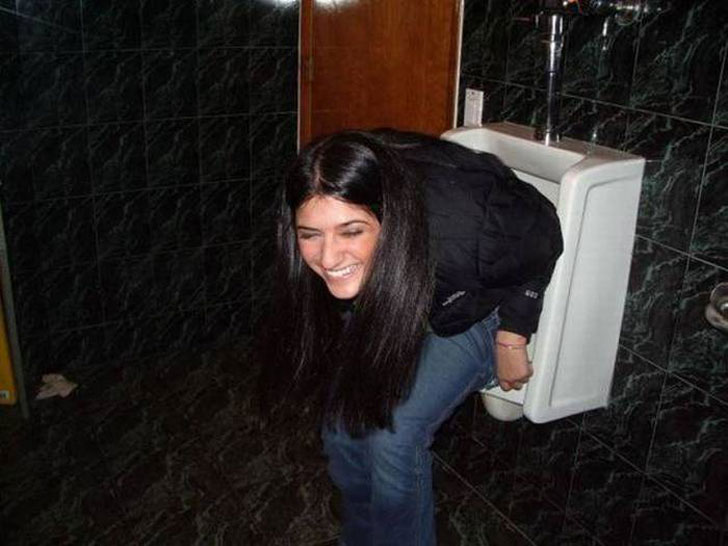 previousWhat is your added value in seduction ?
nextFor or against girls who are rebuilt ?