Can one seduce by being nice? 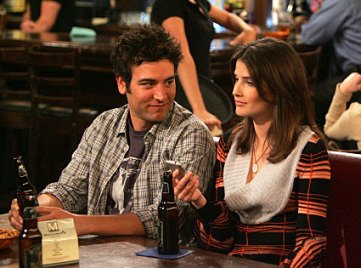 Often, women tell men when they reject them “but you are nice, you inevitably will find someone who matches you.” As a result, some people conclude that kindness is an ugly defect.

Women are sincere when they say they want nice men (I guess few women would want a guy hitting his wife). On the other hand, they do not want nice guys.

If you suffer from nice boy syndrome (women are not interested in you but they find you “nice”), the problem is not that you are a nice person but that you are probably behaving in a coward and somewhat hypocritical way with women. Your “kindness” is then only a mask of circumstance behind which you hide your inability to say no, or even that you use to try to buy the girls. What is a hard sell…

In fact, girls generally say the nice boy that “he is nice” to speak politely about the fact that he lets himself be subdued. In essence, this reflects a sense of condescension towards a person who has difficulty assuming himself, or even who is incapable of asserting himself.

In reality, being nice, if that’s not what creates attraction, is not a handicap in seduction; Provided it does not take away manhood. It depends on what concrete you put in this term (for etymologically it is meliorative, it means “people chosen by God.” For example, I would say that I am a nice peson… and yet I fucked a lot of chicks.

I would say that this is how nice I am: I love animal, I have made donations, I love the idea that I help guys to become sexually fulfilled, I am very interested in women and I like above all to give them a lot of pleasure in bed.

Where does the problem come from with “kindness”?

The problem is that many men do not know (or dare) to set up a real sexual connection with a woman they want to seduce: they say to reassure themselves that if it does not work, it’s because they are nice and that women are too stupid to like it… which can start feeding a kind of hatred towards the fair sex.

It should be known that one of the common mistakes that beginners make in seduction is to try to please a girl by being TOO nice. Because being too nice translates and betrays a lack of self-confidence: too many people confuse their kindness and their need for validation. It is then the lack of confidence that is to be eliminated, not the kindness. Moreover, when one is TOO nice, one is considered as a sucker… which does not attract because a sucker has little chance of succeeding his life.

Many guys are only kind in a seduction purpose, because they think (because of social conditioning and what they have heard and live being younger) than it is by totally submitting, and by giving to women a lot of attention, that they will seduce. Of course, it does not work, but it is not once again the fact of being nice that is the problem, it is the fact of being a “submissive” person.

When you were a child, for example, you might be “nice” with your parents to GET something, such as a new toy or pocket money. Adult, if you behave in this way, a girl thinks that is hiding behind your “kindness” something weird and not natural. Today, when you pay a lot of things to a girl (like for example meals or drinks) she thinks that you do this to get her sexual favors. Not only is it often the case (so it’s manipulation), but it communicates that YOU + MONEY = SHE (so you are inferior).

The solution is to carry out a self-improvment process, to don’t confuse kindness and weakness: one can be strong and firm in his choices, polite and respectful, while being nice (cf non-violent communication). The goal is to assume your condition of sexual being and no longer try to “hide” it for fear of being judged and rejected just like you probably judge yourself and repress yourself.

Raj of La Gouaille says that it is useless to be an alpha male to seduce because he meets success by being very nice, very soft and slightly effeminate. In fact, I think there is a misunderstanding in the definition.

In fact, to seduce more girls, the alpha features are very effective. And even Raj has some, even if he does not notice it. However, where he is right is that being an alpha is not being a Rambo. I hate guys who make dick contests and yet it is commonplace in the community of seduction.

I now recall the alpha features: assurance, popularity, authority in a domain, serenity, combativity, being exciting emotionally (Raj has these features). There is also the beauty, the strength, the dynamism, the fact of being fun…

People must stop blaming the pick-up artist, the true PUA are not big assholes. And even if they were initially, they have changed in a good way through their personal development process. Those that I like are those who have an ethic, who remain humble, because that means that the game has been beneficial and healthy for them.

To conclude on the kindness

Forcing yourself to be nice usually ends up rotting relationships because the person who forces to be kind does it to get something. If this person does not get this thing, he or she accumulates frustration. If this person gets it, it may change his or her behavior after… :(

When one is nice, people are often bastards in return. I noticed it by helping for free guys with their game. Once they become kinda good, many get big-headed and bite the hand that launched them. I think it’s a reaction to do not having to feel grateful. Fortunately, it is not the case of all but it happens regularly… That’s why I work less and less for free, although I continue to give a lot of things on my blog. In any case, I was quite disappointed by the human in general.

All this brings me to an interesting question: are people who look nice, really nice? Or is it because they can not afford to be “nasty”?

previousWell, we should fuck together to celebrate!
nextThe kinky crunchy-granola