Can seduction be taught? 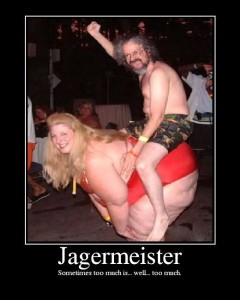 I assume that most people have no idea how to deal with the other sex. They are unable to understand each other. So I tell myself that it could be a good thing to explain seduction.

However, claiming to 100% control the workings of seduction and to transmit this knowledge seems to me boastful, disconnected from reality and unhealthy for the guru as for the student. I speak of guru in this case because I think there are several schools that claim they get the knowledge and that competitors are zero … but the truth is that each holds part of the truth. Mystery, Ross Jeffries, Cajun, DeAngelo, etc. : OK. There is truth in what they say. But there’s also the commercial crap. And every time is claimed to be able to seduce THE women (and not SOME women) this is wrong. Even worse when they pretend that if it does not work it is because the student has done something that he should not (it may be true but it could have screwed up even if he had ollowed the method to the letter). Otherwise explain me why these alleged universal seducers do not make out with beautiful women important, rich, famous, etc. instead of merely cute waitresses.

Indeed, we must have the humility to realize that:
– What works for the coach may not work for all students;
– What worked in the past won’t necessarily work in the future;
– The stories past, present and future of the protagonists will influence the interaction;
– All girls are similar and different;
– According to the moment, the same girl will suck you or will reject you;
– As you are constantly changing, your level is not regular from one day to the next one;
– Because there are so many things we do know nor control down here now it might be time to recognize it. BUT THIS IS NOT A PROBLEM.
– Because we do not bathe twice in the same river …

The thing is that a small variation in the experimental protocol can dramatically change the result of the interaction. One drop too much in the potion (or one less drop) can turn you into ogre or dwarf when it was supposed to turn you into a prince charming. Do you understand the metaphor?

With humans it is even more difficult than physics and chemistry: situations, contexts, attitudes of people are never the same. 1 electron = 1 electron. But in seduction: one woman is not equal to another. The equation changes every time, not just the unknown. It is therefore a drama to pretend extrapolating our experiences across all women or all situations, etc. Especially since we ourselves have studied on small experimental sample (human-sized).

However, I agree that there are fundamental things that really work to make you stay ahead in the context. The first thing you must understand is that seduction is statistics, this is what I explain well in The (inconvenient) truth about gender relations. So if you think filling yourself with theory before going on the field will guarantee you invincibility or confer a degree allowing you to give lessons to others: you are sinking your index finger in the eye up to your anus.

For the money (or because they really believe in it but then they are stupid), “how to seduce ALL THE women” is what want to teach you most of my colleagues. They will supposedly teach you how to seduce THIS girl. All that is bullshit for suckers. So no, I do not teach seduction! I’m not God, and I do not think one single person on this planet can boast to have found the magic potion allowing to fuck any girl, anywhere, anytime.

Anyway, I think that seduction cannot be considered indiscriminately as a collective sport. There’s some coaches that really do it for the love of art. Most do it to take your money. They have no interest in really teaching you how to pickup chicks or there would be less women for them. What I mean is that we must think carefully who listening the advice from in the seduction community. The women have understood that better than us, and they realistically rely more on their friends to extract them from the clutches of a weirdo than to conquer a stud.

Now that we have laid the foundations of the problems, we must recognize that some guys are doing well with the game. What background do they have? It is those who are open and adaptable. Indeed, when one is stuck in a failure scenario or on a stereotyped behavior … he does not open enough in terms of empathy, creativity and authenticity.

My role is to show you that I am rejected too, but I totally changed my mind over this. And with a good state of mind: I forget the faimures, the field of possibilities opens up and I can score goals in any position like Jean-Pierre Papin.

So you have to unlearn the crap that some put in your head and learn from your real life experiences on the field. Otherwise, you will all your life seek advice from so-called “experts” on seduction forums (who are actually virgins geeks full of theory and who love giving lessons but who do not do much on the field ). There is always a way to get something concrete from your experiences, I mean, something more than “it works” or “it does not work.” This is what I want to teach you.

I hope with this blog make you want to venture out of your comfort zone. Make you wonder more often “and why not in fact?” and then acting accordingly. Please beware of comfort, routine and lack of initiative. Inaction is your biggest enemy in seduction.

What I currently observe

The men are on their side in herds, empting pints of beer. The women wonder if a guy will have big balls enough the balls to come and approach them before the bar closed. When a guy does, it is often that he drank enough to dare, but the chicks do not necessarily like alcoholics who are crap. They are wary and there’s a tense between the two sexes.

In the everyday life, flirting and sexual tension are present in all our interactions … but are not socially accepted. We live among a mass of coward hypocrites. One might say that if women observe that men dare not approach, they could help us in one way or another to take the plunge. But no. On the contrary: when a guy clumsily dare they look at him as a UFO and cut him any desire to make his balls regrow. But this attitude, despite what one might think, does not make them happy so far: in front of the wilderness of their emotional life, they wonder if they have become ugly. And watch TV at home alone. Or take a cat.

People have difficulty admitting that everything depends on chance, and statistics. That’s why some are offended when approached in the street: “It could very well be another you would have approached instead of me”, they say to me sometimes. I’m sorry but even those who seek a soul mate: you choose from a panel in your immediate environment. So if instead of studying in Aix you had studied in Lyon, the panel and the environment would have been different. Your soul mate would have probably been too. QED. “Yes but it is you I approached … is it fate?”

I know quite a few people who eventually resign themselves to a default relationship. It’s sad. I hope you’ll avoid that.

Many women admit they would like to enjoy their celibacy/youth and dare to live steamy nights with beautiful strangers. But they do not take the plunge because their conditioning and their previous experiences have left their bad memories tinged with guilt and shame. During their old times, they realize that it was the good time and that it was stupid to do so.

And then women claim seeking for spontaneity and authenticity in men. We, the PUA, we are willing to offer them as our learning taught us: but that’s not why people who are offered this gift can recognize and accept it. Everyone is suspicious of everyone now. I find it sad but I cannot prove them wrong.

Gender equality is a good thing, I think, in general. But in seduction, that creates confusion. Each sex should have its role in seduction… but how to explain it to men and women heard on loope since they are young that woman = man! In practice, men are more likely to take risks and better tolerate rejection. While women have more empathy and understand body language better than men. From this, it’s up to us!

Feminists have also done a good job in cutting our balls. There’s even guys who look at you like it is wrong when you APPROACH girls… and then they return with their boyfriends. They make fun of you when you APPROACH but do not have the balls to do it!

With some advice from a good coach and a small makeover, any not ugly girl could learn to get her hands on one or more interesting men. Just by playing her cards better than others. By judiciously sending invitations to the approach for example. A large majority of men can not in fact refuse the advances of a not ugly woman because sexual diversity is less dangerous for a man than for a woman. And because they are substantially all sex-starved. From this observation, it’s up to you, ladies!

Some tell me “I would rather want to be loved for what I am rather than for my physical appearance / cash. “I often reply “I dunno : when you fall from a ladder, this is the law of gravity that rules. Well, when you pickup you must accept to follow the laws of sexual attraction.” It’s as simple as that. Then, I’m not saying you will have to pay stuff for bitches, but rather you will learn how to seduce these girls (who are beautiful enough to make out with footballers) through your alpha personality and your originality.

I really have a lot of female readers, almost more than male readers … so I’m happy. I have the impression of building a bridge, in my scale, between men and women. And between people and themselves. It’s very rewarding.

I think that despite what you might think when you see a girl being approached 30 times in a club: they also are in difficulty. So we have a chance. A chance to get out all together. Beautiful women are not nymphs who master all the keys of seduction. They’re just human as we are. From this, game is on!

I would certainly have been talking about a lot of other stuff but if I write too long texts that discourages some illiterate readers so I will stop here. :p

previousWhat a girl says, she does not necessarily mean it
nextGood pickup scene in Girls