Can we speak of dominant male for humans? 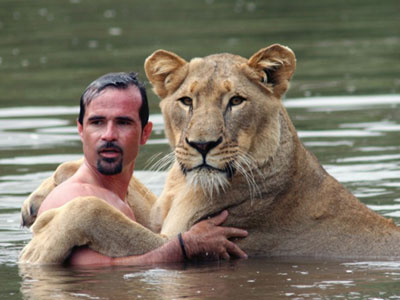 In zoology, the dominant male (or male alpha) is the individual in a group of animals that the others follow, obey or submit to.

The dominant male in the species of capuchin monkeys is the favorite of all the females of his species. But only the strongest females have a relationship with the dominant male. They must earn it! I reason a little like that… I maybe have genes of Capuchin!

The status of alpha male is related to physical force but sometimes other more complex criteria. For example, for the bonobo or the chimpanzee, the dominant male does not always credit his status to his only physical strength but also to indirect methods such as the ability to create “political” alliances. Like humans (Artistote has also written that man is a political animal)!

This may bother some people to use indifferently “dominant male” in a sentence that speaks of a man and in another that speaks of the bonobo. Basically, what these people hate is that we can consider the man as an animal.

The debate that would consist of asking if the Human is so wonderful that he deserves a capital H to designate his species, and should therefore escape the study zoologists,  seems to me not really constructive and a proof of bad faith.

previousNatural selection
nextWe are not identical