Catwoman was in my apartment ! 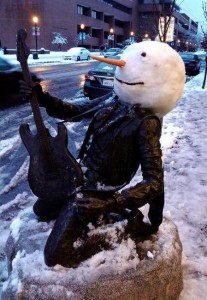 Do you remember Chacha ? She was just 15 years old when I met her, her hair flew in the wind, she lived next to my parents’ house. We made a snowman when we were young, then we lost contact (but I liked her very much in secret) and one day when she was 20 years old, she came talking to me on FB. On Wednesday afternoon, we went to the café to drink a chocolate (or I don’t remember what) and I kissed her. We had agreed on meeting again this WE.

She came to my place as agreed : I like when girls keep their word. She arrived at around 9:30pm  while I was busy watching the miss. But honestly, SHE was my Miss France : a lot of charm, with attached hair she looked a little bit like Anne Hathaway, and her red lipstick put me back in mind that the mouth is the first genital organ of the human being. I didn’t say a word of all this but my imagination had a tremendous time there : I wanted to feel my tongue playing with her tongue, I wanted to be in her mouth, I wanted to be in her, quite simply… Sat down next to her, I was ready to do to her everything she wanted, seriously. Mode ” Man as a sex object [on]”.

Next to me on the sofa, this casual girl with eyes of cat began making sarcastic comments on my bookcase very directed « personal development » when Arnaud suddenly rang at my door. « Yeah it is the evening of the miss, so cool », he lied automatically on the second couch and started making strange comments. He is like that, sometimes, Arnaud : sometimes you don’t know what he did before, you don’t know where he comes from, sometimes he disappear during several weeks. Well, the thing is, that night… he was right here and totally high… I tried to communicate with him by the thought so that he walks away but, zebbi, the telepathy that does not really exist. On the other hand, he is a great buddy and I was happy to see him so I swallowed the mess but I had to try another approach with Catwoman because the desire invaded me.

Change of strategy: I went to my room casually « Ah Chacha, there is a thing which belong to you in my room, no? It’s yours, right ? What’s this stuff ? » She came with all the nonchalance which characterizes her and I pushed her against the wall. We kissed rather violently against the door (this chick is funny : when you kiss her, she spreads arms like if she recited the Lord’s prayer). In brief, that was very hot because my hands were on her butt, that she kissed me passionately, because I also turned her in front of wall, me behind her, taking her tits in my hands then going down against her thighs which I felt receptive. She felt my desire, I felt her desire when I passed on her crotch … I kissed her neck, nibbled her shoulders, began to make her top slide (I had the impression that her tits made me lights flashes)… Then, Arnaud went to crappers, flushed the toilets and it broke everything. The euphoria strangely dissipated. I even wondered if he did not deliberately decided to be such a sucker that evening …

As a result, we watched the end of the miss and my favorite won … Phew, I didn’t lose everything that night. Finally here we are, we went out in a bar except that I was very frustrated. Very very frustrated thus, I went to the bar angry. Dangerous, no ? Besides, Chacha stayed in the background, in a corner and a lot of guys came and tried to talk to her… It was funny but irritating because I was frustrated ahhhhhh. On his side, Arnaud created a show, the dance of the doggy style and others … And I was there, shared between the desire to make some stupid crazy things with and to fuck the naughty girl.

Well « when you’re fed up, call Cyprineman » : at 2am, I asked Chacha if she wanted to come back to my place. She said yes. Approximately -50°c degrees outside, the route transformed us into ice cubes then I politely suggested warming her in my apartment (or to melt her mouhahaha). There, immediately : it was wild, I kissed her stomach, put my hands in her pants to better feel her intimacy, put my head under her t-shirt like a submariner from Toulon. Her nipples hardened, her body arched, her breath accelerated. Me on top of her, then under, then her riding me… And suddently « well, I gotta go ». Seriously. I thought about hanging myself. If she did just have said that, it would be nothing… She got up, got dressed quickly and took the direction of the exit. That seemed to me like a guillotine which falls and cut your d***.

So I failed  with Catwoman. We could believe that it is because she is the good girl, who doesn’t sleep with people so easily and everything but nothing at all, that girl just freaked out. We could also think that I will want her more than if it had been easy but not at all, it is the fucking trap! In my head, she missed her chance… It is the truth, if I tolerate things like that, I’m done ! It’s her loss, too bad nevertheless I felt a real connection and everything (she ruined it)… Well, it is already very far all this, the streets which seem to you totally empty when you are with a magic girl, that nothing else matters, the curious onlookers can even laugh at us, these idiots, I sometimes dream that my foolishness makes me happy.

Well, I walked her back to her car all the same, and we kissed again. Try to understand, you, what pops into the head of a girl : it’s impossible. It was certainly a last-minute resistance but I have not seen anything come. I was bewildered as we say. I think that she was afraid of not being good enough in the bed with me, because of my reputation as libertine. And now, I have a nasty bitter taste on the tongue. Besides, I am fed up for the Grand Slam… fair enough, there will be other opportunities, I guess. Damned!

Then : I went night-clubbing in order to do not brood melancholy and I saw the pretty Marine with who I slept few days ago and she knew how to cheer me up… I handcuffed her, slept at her place and stayed until 5pm (don’t worry, I didn’t forget to set her free before leaving). Well, I didn’t lose everything that night.

previousMaking love to a married woman when we are not her husband
nextWhat happens during a medical party in Marseille ?