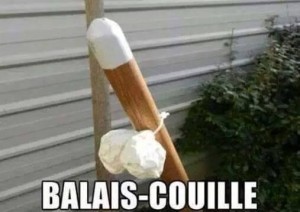 Daring = Having the courage, the audacity to say or to do something. My vision of the PUA is that this is a guy who dares to dare! Daring can often help you to take shortcuts even if sometimes it will take time to tame a little the girl, just like the fox.

The biggest problem for most guys is to dare. How can I help you to stand back on your deepest fears ?

For example, in a club, when you look at a girl dancing and you do not approach her about because “you do not know what to say” … this is an excuse for not approaching. You do not dare!

The problem is that after you have regrets because THEN you stand back and understand you had nothing to lose.

Or that girl who is in class with you. At the beginning of the year, she smiled to you. You could have asked her out but you did not. Now you are sad because she is making out with another one!

This is the kind of thing that often happened to me when I was younger and still happens to me from time to time.

But the game is a sport like any other: so, you must enter on the ball!

Not in five minutes nor tomorrow, BUT NOW! Just after having checked that she is not married or is not holding the hand of a guy!

It’s a bit the same adrenaline rush than during skydive at first but hey, we made it, and then we get addicted! Especially that from time to time it pays! And there we are proud not only to have dared the approach but in addition to have banged a hottie!

For the catchphrase? Well, any contextual bullshit or an opener that you use automatically when you do not know what to say.

Avoid still crappy stuff like “do you have light […] and by the way I find you cute so will you give me your number?” It’s not that it cannot work but it’s not very “PUA” because you do not assume. You like if you were interested in the light then “ohhhh give me your phone number”. Seriously, you do not fool anymore, coward!

Bad approach > no approach. A good insurance salesman, is a seller who sells a lot or a seller that sells every time he knocks on a door? Well… seduction is the marketing of yourself. You try to find high-end buyers!

A funny opener “you’re pretty but are you nice?”

As you see, we do not reinvent the wheel when we approach. But the Game do not stop with the opener. The advantage of quickly sexualizing are :
– Differentiate from the mass that do not dare to show their interest (but it can scare the most tight-ass girls);
– Make a quick sorting between those that will have sex with you and those that will piss you off during several dates for nothing.

The fact that we have to tackle fear is natural. Or rather, cultural.

You cannot lose this game anymore, you are invincible!

As I said above, approaching is not everything. Then, act in a sexual way with the girl, a bit like with an old friend with who you were used to flirt. If you react to a female like if you were in from of a velociraptor in Jurassic Park… it will cause some problems.

The first big challenge of a seduction coach is to make you want to approach all over the street and have fun like crazy! With or without results, we don’t care in a first time because everything starts from there! The rest will follow…

When you will feel pleasure during your approaches, there, I’ll be satisfied! And you will be proud too when you will bring your first telephone numbers or first chicks home!

You have to expand your field of possibilities (beliefs). Because what you believe determine what is possible for you or not.

Which stop most guys is that they think that a PUA must at least take the number every time he approaches (wrong beliefs). So they don’t dare because they think that if it doesn’t work (most probable that’s why we play on the big numbers) they will be ridiculous. But only bad wingman who understood nothing would make fun of you for that… do we have to congratulate you when you dare to approach, that’s the right mindset !!! They are a lot of other criteria for a good pickup than the result ! The most important is the inner game ! Dare to “disturb” (except of course if she is really busy or pressed) because it is an honor for her to be approached by a man like you!

The little thrill before going out to pickup is what you must boost you now. Not what should inhibit you, that’s not true anymore!

However , there is a pitfall to avoid, it is the “it’s a shame to spoil.” Becoming addicted to flirting and banging chicks who do not deserve you just because “it’s a shame to spoil : others would enjoy to bang them.” This is the problem that makes that sometimes girls who are below you in all areas patronize you or lecture you…. HAHAHA! Another pitfall is that most girls are cold when approached (shaken out of their comfort zone) but it’s not necessarily because a girl is nice that she wants to unlock her legs! Do not make them regret to be nice…

And the guys who never dare to approach are fags!

It’s your turn to go on the field, bro!

previousBonus to turn good in the bed
nextHow to face rejection ?