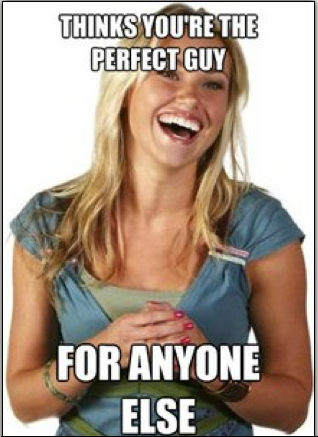 One thing that helped me the most to become a “professional sexualizator” is to set myself little challenges.

In fact, it really amuses me to say or do daring things, sometimes coming out of nowhere. Sometimes it’s the fact of putting the foot in it that makes me laugh the most.

By doing that, I was pleasantly surprised to find out that the range of possibilities is actually much bigger than what I thought: the more I dared to try things, the more I had success. Sometimes in unlikely situations, simply because I had dared to try something to provoke!

After all, didn’t God say, “Ask and you shall receive?”

The reactions of the girls in front of my boldness were so legendary that it was very fun. Sometimes I had fun, other times, I had fun and I had sex. My mindset was that the session would be funny anyway. This is a really positive vibe! And being positive, it is important to seduce.

I advise you to have fun to put yourself small challenges ie to say or do at least one bold thing during your pick up sessions and your dates.

Do it for fun and it will be better! I rarely was in danger because of my attitude. In fact, we can go very far without danger. And oddly, the only time it was hard for my ass, I had not done much for. I just fell on bad clients (crazy).

You can start small, to take the snap, and then move further and further! You will find that the nerves pay a lot in life (in seduction but also in many other areas).

Have fun and bet on humor. It can be enjoyable if you do not take yourself too seriously and enjoy the moment with the girl. Play on the words, misunderstandings, allusions, associations of ideas and dared queries. Try, dare things, be a tease! Gradually, you’ll learn how to calibrate. But, especially in the beginning, this is not the most important. The most important is to get you out of your comfort zone and get away with your limiting beliefs. For example, in night clubs, realize that absolutely nothing can prevent you from asking a girl with who there’s a good feeling to show you her breasts. I did this several times and some did. The others were shocked, too bad for them !

And dare to assume sexualization. It is easy to lose that goal of sight during a date because it is much easier to remain inactive fingers crossed waiting for the job to be done on its own… but you’re not on the field to twiddle your thumbs!

So yes, in an ideal world, the girls would do half the job. They would invite you in one way or another to dare. But in real life, they are even more timid and shy than you. And besides being  scared, they think it is a good idea for testing a guy to let him do to see if he dares to take initiatives. That’s really all good for them!

So: dare to take initiatives, you have nothing to lose !!!

If you think spending a night lying next to her on a bed, without trying anything, will make you score points in the eyes of a woman… you’re wrong. It’s a just something that will make you lose the woman’s sexual interest for you. The girls want you to try, they even await it from you and would be surprised otherwise.

My brother was invited by a girl he liked. She proposed him to go watching the “DVD” in her room. Result? He tried nothing so they really watched a DVD and she has never invited him again. He still has regrets. MY OWN BROTHER ACTED LIKE A PUSSY, FUCK!

When I was younger, a girl came at my place. We liked each other but I have not tried anything once in bed, although we had spent a nice evening. Result? She left during the night with a fake excuse “my brother is in the hospital, I have got to go.” She never came back to see me. We never fucked. What a lot of regrets! Once in the bed of a bitch, generally just a spark is enough to ignite her. She, meanwhile, had no problem finding another dick…

Once, the most beautiful girl of my prom point blank said “kiss me.” I was a bit unsettled, I wanted to play the hard to get so I said no. Then I have not stopped hoping that she asks me again. But it never happened… what a surprise!

Another time, a little blonde came for the tea at my place. We talked a lot side by side on the couch and then she left. From home, she sent me an email asking me if I was gay. I said no. She then asked if I liked her. I said yes. She finally asked me why I had tried nothing. I said “I do not know.” It’s true that it was very stupid. But she has not came back to me so far… she said that I had missed my chance. So they expect us to try something!

My current policy is to never have regrets. All these mishaps have vaccinated me… One day, I got sick and bowl, and I decided to have a preventive attitude. Since that day, I excessively sexualize my interactions and I do not regret it!

If you do not want to lose a girl’s interest, you should show your balls!

You must dare sexualization : it’s your alpha male mission!

You have to try something, and too early is better than too late!

You must absolutely avoid having remorse!

Even if the battle is already lost, try to have no regrets!