Did I create a monster or a source of pleasure? 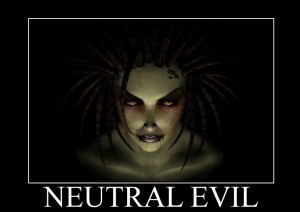 Both sitting cross-legged on the bed, side by side, she is waiting for my help to solve a problem… I give her management courses (very innocents) for two months, but she comes every lesson dangerously closer, brushes my thigh “by accident” and talks too slowly, looks at me in the eyes too long to be honest … she wants me, I guess!

I am not a gynecologist, but I can recognize the symptoms of desire: Dizzy, difficulty concentrating, blank stare, sweet voice, beginning of erection… I should not, but yet, I let myself be seduced. Why shouldn’t I ? It’s simple, from what I understood: she is a virgin and has never even kissed a boy because of her shyness … She refuses the advances of guys because she wants to choose for herself the one who would be worthy of being “the first one for life” (quote). I look at her and she is downright hot, but too young for me and this is my only student … I would not want to fuck up my business. And the truth is that I would prefer that she find someone who in the same situation than her to share her first kiss and her first orgasm “for life”.

I must go away from this place before reaching the point of no return. “Well, uh, I need to go brushing my cat’s teeth … Yes, see you next week.
– Do you want to come on Tuesday night instead? There will not be my parents, it will be quieter.
– Uh yeah, I’ll see. Finally I think that I have a party that night, but we will see.” Whew, one more minute and I would have fucked in her teenage bedroom with her mother nearby. Imagine she comes while I lick her daughter for the first time in her life … Fucking trauma for the child. AND FOR THE MOTHER! No, no, I have to erase these strange thoughts in my sick brain.

At the same time, it is a real future trap for guys, a kind of time bomb: long sweet legs that support a firm buttocks, flat stomach, slightly dark skin, blue almond eyes and long hair smelling good… I admit it’s enough for me to be bewitched them. And I confess that, from time to time before falling asleep … I slide one hand in my boxers with her in mind. Then I feel this wave of positive energy over me. Mesmerized by her pheromones accumulated during class, I feel absorbed in a whirlwind of pleasure mixed with repressed desire.

FUCK, I’m living in Aix. Okay, it’s not Paris, but I see every day very cool girls. They certainly do not want something else than sex as they have, for the most part, left school to hang out on the terrace during the day and get drunk in the evening. I could fantasize on any but no, I touch myself thinking of my little pupil of 16 years.

I know it’s in our male genes to be attracted to youth. Indeed, a team of American anthropologists said that a significant age difference in a relationship is an evolutionary advantage, which led to increase life expectancy. Basically, men are able to reproduce until the age of 70 years and sometimes more. However, past fifty … these ladies are deprived of their fertility by the arrival of menopause. Conclusion: if people want to continue to perpetuate their genes, they are forced to turn to younger sexual partners. For the authors, the fertility of older men is “a selective advantage allowing to fight against deleterious mutations autosomal”. In other words : the fact that men reproduce longer allows the human species as a whole to extend our life expectancy. The researchers also point out that in traditional societies, young women often have much older partners. All is very normal so I’m normal … Gooooo on the young girl! But with scruples, which changes everything.

On Tuesday evening, I find myself in front of her home and tells myself that I will just teach a class. A simple one. But in really I have come to see what will happen. I’m always curious to discover how the universe decided to organize things, and then I never chicken out it’s a matter of principle. But if it turns out it is the concrete opportunity to be her first time, I do not think I would take advantage. It’s not right… I’m just here because of curiosity and to earn money.

“We’re going in my room as usual? I have not tied up the living room, sorry …
– Yes, of course, no problem.” Damned, the spider has woven its web. A glance towards the door that moves away while I rush into the trap. She shows me her last exam, she had 11/20 … But I see blur, I cannot concentrate fuck, I do not actually give a shit about her exam. Her scent invades my nostrils and my heart accelerates in Woody Woodpecker mode. I capsizes like if I was in the Titanic. I should do something, but what? Mechanically, I spread a lock of her beautiful face: she is silent, turns her face to me and fixes me with her emerald eyes. I want her … so my mouth brushes hers then she suddenly catch me and put her tongue in my mouth after several soft kisses and all her sexual energy untapped. Kiki starts to feel cramped in my jeans.

I know it’s wrong, I just cross the solid line. I will lose 4 points on my license and be fined. I hide my discomfort … For a brief moment, I have the opportunity to run away but I did not seize it and would rather put my hands on her. She lies down: I remove my shoes and join her. No word, nothing, none of us wants to ruin everything … She hugs me against her, I undress her, I undress myself. With one hand, I unhooked her bra and then take one of her nipples in my mouth. I manage to forget who she is and imagine I’m trying to make love to any girl picked up in a club. I’m not saying it’s good or it’s bad, it’s just easier like that for me to do her some dirty things. To do her the things I would not dare to do otherwise to a so pure girl… She told me that’s how she wanted it to happen, anyway … I guess it was the goal then all’s well that ends well.

The following days I thought about her a lot, about what I had done. I phoned her and everything. We met up again a few times and then decided to stop the lessons. I did not fantasize about her anyway. Why ? No idea. Perhaps was I only attracted to her innocence. Perhaps I felt like shit when I maintained the eye contact with her mother …

The story should have ended there… In fact, she should never have started. But no ! One month later, I started to see her out by night. She began to go out in bars and clubs. With her, a different man each time. “Thanks,” she said to me sometimes. But what did I do for her? Did I create a sex machine? Do I have released a monster freed of her illusions?

A split second, I thought I had discovered a vocation of realizator of fantasies for myself. In fact, women who have not started or are not taking advantage of their sexuality, are everywhere. I see a lot in the street who did not dare leave their infidel husbands, on the beach so busy with their ungrateful kids or in seedy restaurants feeling sorry about breaks up ten years ago, etc.

All had their chance, one day, but all have not seized it. They were full of youth, humor, sensuality … in short, potential. Around them many suitors whom would eventually stifle that inner fire. Slowly or brutally, I could fuck some of them, one after another. Give them back some of their enthusiasm. I would not do that for me but especially for helping them. So that their inner self-esteem awakens, that these women understand that they have a long life that waits for them. I could be a super hero in the service of seduction of broken hearts.

That said, I quickly perceived the fault of my plan: it is not me who have seduced the kiddo… It was her who did all the work. Maybe it’s her, finally, who gave me back a part of my youth. “Thank you, bitch.“

previousWhat’s going on in Yukon ?
nextThe night will be long