Did you ever make el amor con a Spanish guy ? 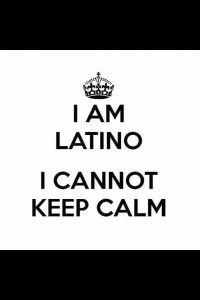 Well ayer we weren’t really motivated to go out con Padawan. Qué well we went all the same at three horas am in a club of the city center, small and full of guys as usual. I missed hunting but not the conditions of shit in which we have to work.

Bueno, landing, descent of the staircase. Just below, two girls with a guy in standby. With no time to spade, yo went there : “did you ever make el amor con an Spanish guy ?
Girl 1 (not bad) : oh why are you Spanish ? (no, from Mexico)
Girl 2 (even cuter than the first one) : No, not really, well a little in fact we just started”
Girl 1 pretended to go smoking with the guy “we know donde quieres ir. pero qué it’s good, boys will be boys. This is the way we say, no?
– Well, I explain to you, he is a buddy of my friend, I will never touch him.
– ok, so did you ever make el amor con a Spanish guy ?
– no, never.
– I hope that you are interested yahiiiii
– well I don’t know I need to be seduced by the guy and everything
– well qué better will you do tonight when you will go home alone after the party amiga ? being bored and thinking of this Spanish man who would have been able to make you el amor muy bien ?
– Yes maybe. But I need that we court me. (serisouly, she said that)
– well qué in my country we court like that (I took her face in my hands, kiss)
– yes but I don’t come home with you all the same, I need more
– what the fuck ? didn’t you find that I am a bueno kisser ?
– yes , you are a good kisser
– ma qué I have to fiddle with you then”
At the moment, I missed the opportunity, I would have had to warm her (walk the talk): We continued to speak by looking in eyes. On second thought, I would have had more success with girl n°2 if you want my opinion (she was more open-minded and looked like she assumed more). On the other hand, girl n°1 was in hypnotic state, very susceptible and when a big fat guy pushed us aside, she recovered and left, she joined her amigos outside… i ola, what a shame !

Then, we roamed approximately 45 minutas in the club pero qué the fiesta en Francia isn’t full of sexualidad. Ah, I was going to forget, another girl embraced me “I looooooooove Spain”. It does not change anything for me, fuck off. We returned to sleep, there were just bimbos with their guys and a fucking ratio. Pff.

Well, seriously now. I think that one day for every player, the kiss doesn’t mean anything anymore. One day, we do not need to go in medical parties nor to a big paying club to be sure that we will kiss a girl, because we can succeed in shitty conditions. And it is likely that by repeating enough the operation yesterday evening, I would have screwed one chick, but honestly we were done by the training of tae kwon do and it was already a miracle that we went out. On the other hand, I guess that I need to find another part of the puzzle. We must be able to increase the probability to find a girl to fuck, even maybe to change not interested girls in girls interested SEXUALLY (not by the kiss). The idea is that just like when we go out now we know that it is almost sure that we are going to kiss a girl, well, we should be able to come back with a girl in a quasi-certain way every time we go out. In brief, I am going to work on that, I shall inform you but that depends on so many factors and especially on their conditioning (to be afraid of being thought of as “whores”) that it is not easy especially in the small free clubs (so with few options) where I go out (because buying the right to pick up chicks pisses me off ). The average man in France really lives in sexual poverty and ignorance.

A message for the most novice : the kiss is for the fucker what the phone number is for the beginner. Nothing concrete, some shit in fact. Just like we can kiss a girl without taking her number, we can fuck a girl without kissing her before she is in your bedroom. Do not get hung up on that. And those who still remember every girl they kissed, then it is a bad sign, you need to pass in the superior stage. If, for you, kissing a girl “is a big deal” so you won’t kiss a lot of girls. If on the other hand, in your reality, that seems to you normal and natural to kiss a girl you like, without reflecting more than necessary… then you will have way better results. That reminds me these guys who do not try “to fuck” but “to find a girlfriend”… in the end, because they put the girls on a pedestal and because they take so many gloves: neither they kiss nor they find of girlfriend (or rarely) because the girls also play on several tables and it is the most enterprising who wins.

Well, besos. May the God of the Game be with you !