Do not hesitate to leave them when they bore you 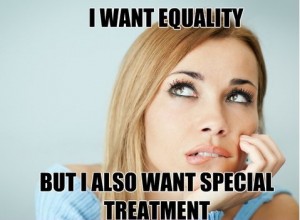 I have a friend who does not approach women. He is handsome and cool but hopes that the will girls come to him as mosquitoes attracted by the light. So, if they approach him, they will have made all the work and will desperately be attracted by him because will have invested a max. It bogs down him in long relations where he is the prize.

The only problem is that he is too passive. He can stay for a long time without meeting anybody even by going out twice a week. He can spend months before he finds a new friend.

Other guys are the opposite. They approach all which moves no matter how by hoping a positive answer. Even if they have to undergo violent rejections and speak during hours to women without interest, they stay. This attitude fucks your confidence on the long term and can re-spin you the phobia of beginning conversations.

The compromise it is to select quickly women but to only invest time for those who are enthusiastic in the idea that you contact them. Those who smile, laugh and feed the conversation. If you do not obtain a positive reaction at once, leave. It is not an excuse to do anything, approach in the best possible way, put the odds in your favor but invest time only for those who understand the luck they have that you approach them.

A way of avoiding the scandals, of protecting your confidence and of maximizing your results by socializing, is to limit the time lost with madwomen, idiots and miserable. Do not dedicate them one second more than they deserve. You can do it only if you adduce to leave the conversation on a low note.

It means that you do not look for the perfect exit. You can simply leave. Even if that can look strange. Just like you came, you leave.

You are in control

I think that most of the guys do not approach enough women because they think that when the conversation is started, they have to stay and make it work with the girl. They feel booby-trapped.

It is obvious that if we see things like that and if we undergo the pick up more than we live it, approaching can become a real ordeal.

At the beginning, they are very polite then face each other and speak together, ignoring you totally. They are clearly not interested but you stay there hoping to be included in the conversation to be able to say « it was nice meeting you » to leave on a high note. But why waiting like an idiot ? Smile and leave, on a low note or not, we don’t give a damn. In the worst case, you can always come back later, when a model will be at your arm.

You begin a conversation with a sexy woman on your right. She is cute but sarcastic and not at all playful. She makes fun of your pink shirt. Then, she incites you to hate by contradicting you on a whole lot of stupid subjects. You clearly do not like her personality so why staying with her ? Turn heels and ignore her, she will be really surprised. These girls were not enough put back in place by guys. Or, were too much and take revenge. In any case, they have a problem to act this way… We can even say that they overcompensate! Their nasty attitude sends back to their own problems.

The hand in the bag

You see a woman whom you want to approach… but you hesitate. Two seconds later, you realize that she is with a guy, maybe her boyfriend. You think « thanks God, fortunately I waited, that would have been strange being in front of her boyfriend ». It is a bad attitude.

First of all, if you begin a conversation with a woman and if a man joins you, you do not have to feel sick. It is natural for a man to approach women. The guys make generally a weird head… like if they were caught red-handed (but they did not commit crime). In fact, stay calm and continue. That could seem strange to the little couple, but not to you.

If the guy is aggressive, it is because he has no self-control, nor enough confidence and perceives you as a threat. If somebody has to be under pressure, you prefer whether it is you or the other people ?

When you go out, and you act in a sociable way, you do not need to try to save face. You do not try to have the last word. You don’t give a damn leaving on a positive note.

And moreover if you are not afraid of the oddity, you do not even need to leave, let people grow tired and leave then take their place.

If the girl to whom you speak is a silly bitch, or if the interaction is not enough productive, leave without further ado. Show your personality, shit!