Doggy style after a medical party 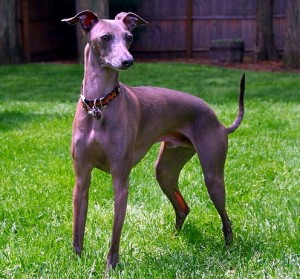 I would have liked beginning by speaking to you about the war in Syria but it is true that it has nothing to do here. Then I am rather going to tell you the party of yesterday.

11pm, departure with HAFID for a MEDICAL party. The first one of the year, I heard that it is necessary to do not miss that, we will see. Needs to know that we praised a lot to me the virtues of these evenings, because I am not at all a medical student. The club was full, all the presales were sold, we could not come in without. Fortunately, I have buddies I knew through the Game, who are student in surgery, who had bought us some. 10€ for an evening of debauchery, that is worth it… in theory. The theme was the beach, I had a green polo which I would never have thought of wearing one day to go to a nightclub and a straw hat.

I approached some girls by asking them “do you wanna play with me?” or “are you a good kisser?” But I fell only on silly bitches “yes I am a good kisser but YOU will never taste it”. No prob, you should never loose courage. The wheel of Fortune is always turning.

After establishment of an eye contact, I went to speak to a brunette. I kissed her in 1 minute on the dancefloor but I didn’t try to have more, certainly because I was not in a good momentum, then I simply left. I found myself in a line with a girl who came on me, propelled by I don’t know which girl in underwear. “Are you hetero?
– Yes.” And SHE kissed me. Classic intro will you say. The thing is that in addition I moved on with “did you make love today ?
– no.
– Do you want to ?
– oh yes”. So I took her by the hand and said “we go in my car ?
– if you want”.

Except that it was just 2am and except that at the exit the bouncers tried to make me fail “IT IS ONLY DEFINITIVE EXIT”. She wanted to stay with her friends but “you don’t leave without me, okay ?” (that’s what she said). During this time I was on vacation in the club, I saw Hafid approaching a fine-looking four-eyes and kissing her. Well done. I saw one of the surgeons kissing a girl and a cockblock (ugly friend) stuck them then with the other surgeon we caught her and we kicked her ass with losses and crash. It was funny.

At around 3 o’clock, I found my almost sex friend. “We go now and come back later.
– No I am still going to stay a little.
– C’mon, it is the adventure, this is the way we make memories…
– OK I am going to warn a friend then wait for me here “.

We walked 10 minutes to join my car, she didn’t stop asking me what is my first name and what I do for a living “Do I ask you so many questions me? I shall tell it to you later. At the moment I realize your fantasy of the unknown, you will thank me later…
– I don’t usually do it.
– I know, me neither.”

I destroyed her in missionary and not very practical doggy style because the ceiling of my cyprinemobile is rather low. Hafid who had returned to the car was waiting outside… He told me that the car was full of vapor and moved. He probably saw my ass in close-up in the window, so classy. Then I took her FB for fun and I got dressed again in the street. The good news is that I put the condom YEAHHHH.

Return at our home. This morning, alarm clock at 1 pm, the rain knocked on the window and I opened, because I adore when it is wet.