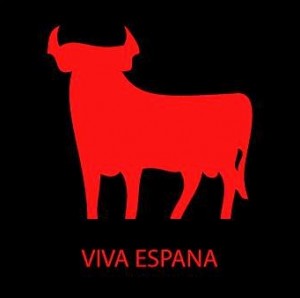 Yesterday night, it was rather cool, I did a technical game. IE I transformed a not interested girl in interested girl. We are obliged to do like that now, anyway, because there are few feminine resources here. Clubs are tiny and the ratios M/W clearly in our disadvantage.

End of the training at about 7 pm on the rhythm of “banana way“. I settled comfortably on my bed to read Astérix chez les pictes (for the birthday of my brother, I bought him the last Astérix, and I wanted to read it before offering it to him). As a result, I hadn’t slept and I was exhausted when Padawan came picking me up at about 11 pm. We a little warmed by jabbering very hot Ukrainian girls who tried to pick me up on their social network VK (we also watched their photos: they are almost all naked on at least two or three photos: there is no fucking chaste censorship over there… awesome). It is in this state of mind between envy of fucking hotties and disappointment in front of a French fauna of mediocre quality that we went hunting.

Little walk in the street of the bars, there was more people than these last two days. It is cool. The ratio was not brilliant all the same but… we said to ourselves that there would be maybe something to do! We have met Hafid who was going to join a girl to fuck her in a hotel while he has a flat. Well, I do not any more try to understand him for a long time, he always does weird things.

Like good PUA, we refuse to pay whatever, so we went to a small club which entry is free before 1 am. It was empty: we settled comfortably in an armchair until people come. One hour later, the atmosphere began to warm. Well, it was still a shitty ratio but at least there were a lot of people. And so was born Fabricio Juliano. The famous Spanish from Mexico City, downright shamelessness and possessing no tact, who has the boiling warm blood and who speaks to all the girls because “it is this way that we party in my country”. “You don’t know the true fiesta en Francia.” A great deal of energy was necessary to play this character, but at the same time it is a pleasure to interpret him, I shall do it again…

The first one I approached, a beautiful Dutch girl, was not really interested. But I am stubborn. She used two or three shitty excuses like “I do not know if I like you” or “there are friends here who like me then I do not want to hurt them” or ” there is a guy here that I like then I don’t want to kiss you in front of him”. I told her that “you are guapa I like you mucho”, and “look at mis ojos” : and so I subjected her with the glance while making rise the sexual tension (besides penetrating into her with the mirror of my soul, my hands fiddled with her body.) The one who refused my kisses five minutes earlier kissed me now on her own. And then we continued to speak a little before I left with a wonderful “well, one last kiss for the road.” Kiss again.

Padawan, this kind of Apollon, was approached among others by a Corsican girl. But she was not cute, then he refused her (in fact he told her that he was an American who understand nothing in order to do not dance with her). A girl who didn’t deserve us, as an alpha, we refame her to encourage her to make efforts. I like this state of mind, it is the one every alpha guy should try to reach, instead of acting like people dead of hunger. For my part, I have made fun of her by telling her that she was an hypocrite, a not sexual girl, etc. In other words, Fabricio Juliano was a pain in the ass… but he wasn’t wrong. A girl said to me “it is you who poke all my friends on FB? You are going to stop now!!!
– I do lo que quiro and go fuck tu madre.” I did absolutely not remember her but well she did remember me, it is funny. Nothing else interesting in her life ?

Before leaving, I asked my Dutch girl “I leave the fiesta, do you want to come over ? ” She said no. I was sure but I did it to be really sure (no regret). She opened big eyes like if I was an extraterrestrial, while I just did what every guy with testicles should do. She gave me her Facebook “you know if we meet again it is cool if not no problema”. I planned to create a Spanish Facebook for my character but that is going to be complicated to manage and so will piss me off quickly. As a result, I am going to add her with my French FB, we shall see how she will react (she is probably not going to assume and even to don’t accept me).

And so we had a lot of fun. We did laugh a lot. Fabricio Juliano allowed me to openly criticize the French and their fucking sexual life and to say it to them in face to face. They did not even deny. In brief, the spirit of Barney lived in us.

By going out, Padawan said to the Corsican “in fact we are both French”. She opened big eyes… I said “goodbye” without accent. It killed her.

This morning I received a mail from the girl who flaked me on Wednesday. She apologized (the worst excuse of the world “I was in Aix but my telephone had low battery and I had not your exact address”) and wants a second chance. What game is playing that silly bitch ? No way.

Good bye, los amigos. May the God of the Game be with you !