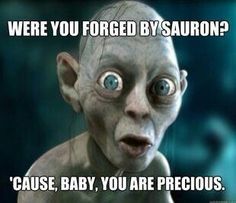 There are plenty of players who refuse to use Facebook. Or to upload their picture on it. For me, Facebook is yet a good source of fuck-closes. And not being on this market, makes these guys more marginal than anything else. Warning : of course, use Facebook to your advantage, because there are many pitfalls! But the game is worth the candle. This is only my opinion. Anything that can make you get in touch with chicks is good for your game.

– To remember the girls that we took contact. By typing their phone number into the search bar, you can easily find their profile (a lot have given their number to FB). You can take directly their FB too, which is less intrusive than phone number (they so give it more easily) but it’s the same in practice as they receive notifications on their mobile. For alcoholics, it can be used to realize that they actually have kissed a yucky chick last night in a bar and do not recall her.

– It allows to stay in touch with chicks who live far away from you. It prevents their numbers rot at the bottom of your phone, exceeding the expiration date because the calls abroad are expensive! In addition, they can meanwhile fantasize about your life and your photos! Then one day, if they come back in your town, maybe they will send you a message!

– It helps for making a large-scale social proof. I do not suggest you to take your picture surrounded by bottles of alcohol at 100€ the bottle at the back of a nightclub as some do. But rather to let ostensibly visible messages of girls on your wall, post holidays pictures that can make them wet, which will of course be commented by a lot of people!

– It allows you to fill information: I do not suggest you become a cyber stalker! But knowing who your friends in common with your target or when she goes “single” on FB is always useful information that help you to better calibrate!

– Use it as a tool to create an identity. What you want to communicate with chicks! Be your own community manager! As explained in my ebook about online pickup, the goal is to work on the marketing of yourself!

– Be active! Post simple and fun stuff (it avoids going creepy). If it goes up in smoke delete it or leave it sink into the history of your page (in I don’t care mode and I assume I don’t give a shit about your tight-ass opinion).

– Do not deprive yourself of posting images and videos. Or songs! Interact with people, even if it is not about you or something you’ve done, it can start conversations!

– Be active on the pages of others and they will be more likely to be active on your page!

– Keep your contacts: just like in an IRL interaction when you expect to be rejected, you do not eject yourself alone on FB. Here, do not delete your contacts (except the spammers and other fake profiles) but keep them under wraps. We never know. It happened to me that chicks talk to me more than a year after I added them. And I ended up making out with … I would have been a little stupid anyway to delete them! You can intelligently sort your contacts with the “lists” (Security Settings / more personalized visibility).

– Do not complain about your boss, your income, your taxes, your other personal concerns… Also avoid racist, misogynist, messages causing damage to human or animal dignity or promotion of illegal stuff … Your potential employers can fall over at any moment and even then it’s not very good for your image.

– Life is no shortage of reasons to depress us. Anyway, try to stay positive and fun on FB. Otherwise you might scare everyone (except depressed and depressing people). Also avoid messages that the only point is to draw attention to your spleen, like “how awful what just happened to me” and when people are worried about you answering “come on private message my best friend I do not want to tell everybody about it”. Why not talk to her in private directly to your BFF? Personally, I want to distribute slaps to such people.

– Avoid sham. Avoid clichés pictures with strangers. It’s a bit ridiculous and it only highlights the fact that you complex and need to prove that you can make out with girls… we all know that ¾ of the time you don’t make out with these girls, btw.

– Do not become a fan of cyber-babes. Do not like all their photos, not commenting with “waw beauty! “You are not a AFC, fuck! Your likes must have a value. Your comments even more.

– The chat is a good pickup tool but do not do shit with it. I mean that if you talk two minutes to chicks in a party and take their FB then once comfortably at your place you start your game. It’s a bit counterproductive! You will not fuck by interposed computer! Also avoid sending the same message to two friends … otherwise they could make fun of you, like both answering the same things or falsely warming you.

– It’s better to ask the FB of chicks instead of adding people who you did not dare to speak in the party. I mean, you still have to show that you have balls if you have not dared to approach this party for sure it’s easier on FB but that does not necessarily communicate good things about you! In case it is a girl with whom nothing links you (like a dummy profile found by chance in a group on FB), you have nothing to lose by trying … but the odds are low!

– Couples: Avoid sugary crap messages to your girlfriend. And avoid photos that spread your love to light (especially if she do not do the same). It sucks, and then you would be thought of a jealous pussy! Do not become paranoid by interpreting all the news on her wall as a threat to your relationship!

– Please, do not pollute the FB pages of your contacts by posting crap, inviting them to shitty games, by tagging them on stupid publications … etc. Even if you are a hottie, I could refuse to fuck you for that.

– Do not make FB become a full time job. It can quickly become addictive and time consuming! This must remain a communication tool.

– FB is less intrusive than phone calls (just like text messages). Though now there’s calls on FB that personally piss me off! In short, I find it’s better to manage your response time than being pressurized and sounded like Nestor by Captain Haddock when he wants his whiskey! Personally, it’s just the people lost to come to my place or who have something to tell me urgently who phone to me… everything else is organized by FB or texts.

Text messages type or prepared message on FB can help to warm chicks and set dates. Being a supporter of the least effort does not make you a man without balls as some claim on seduction forums (the anachronistic weirdos)! The calls, me and it pisses me off and in addition it is often bad news! So I sympathize with chicks and send them an texts or a message on FB. And I remain alpha because I’m not doing this out by cowardice but because I prefer.

Last warning : take good care of your spelling, if you prefer this option, you too! Unless you like picking up illiterate bitches.