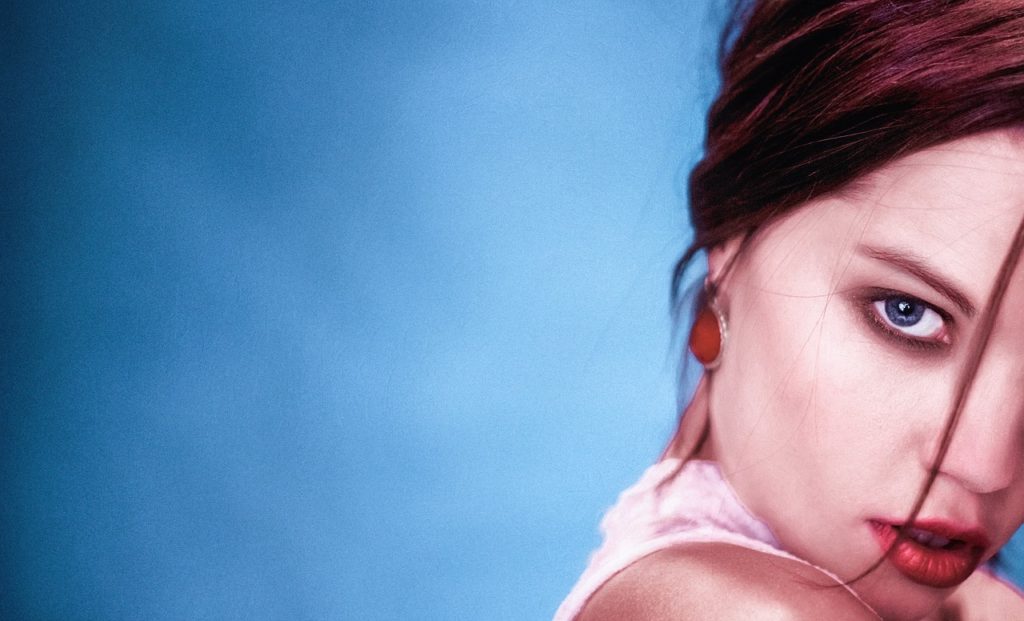 I will tell you my week of All Saints 2017, because it was full of libertinism.

Roughly, I warmed and reassured her at the same time. It should be known that humans have a natural tendency to try to avoid stressful situations to maintain a certain level of well-being. But the thing is that the most beautiful adventures often take place outside our comfort zone… which means that you absolutely have to overcome a little stress (like making the effort to embark on an adventure) to hope a lot of pleasure. A low level of stress like an evening in front of a TV bringing only a moderate level of well-being.

The girl, Russian origin, hesitated a long time before getting cold feet for the Halloween party. But the proposal had really turned her on, so she said she wanted to accompany us the following Friday. And she kept her word, even though I did not believe her. But first I will tell you the Halloween party in the club libertine because I made there my first experience of swinging…

1/ Halloween party in the libertine club

Tuesday night, in a well-known libertine club in Lyon, was organized aa party with sexy costumes. My accomplice made herself very pretty for the occasion, which helped to make that night magical. 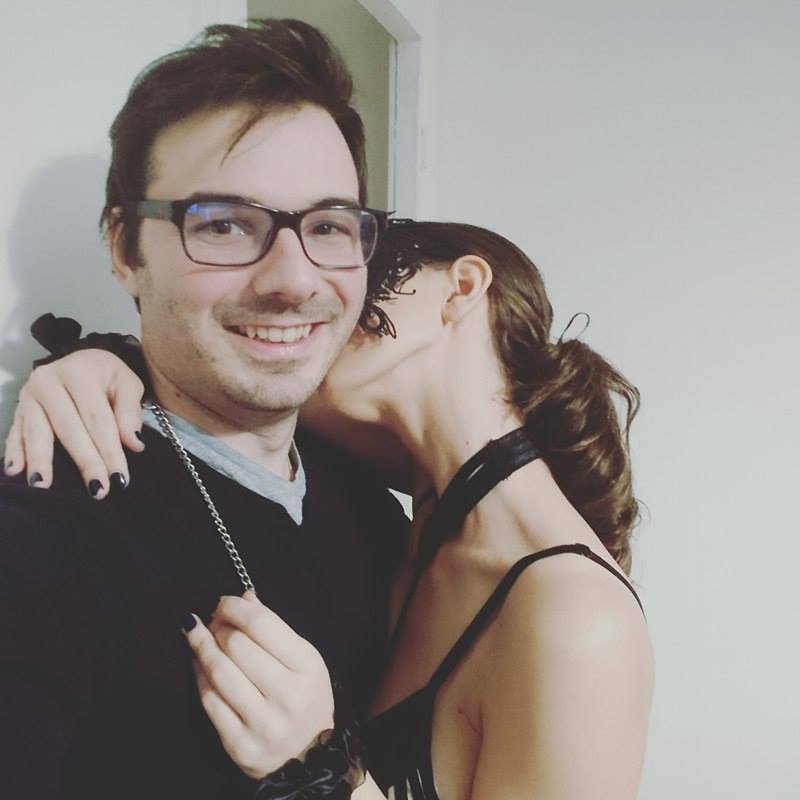 She was, as often, the hottest of the club so we had the embarrassment of the choice of proposals. A very respectful couple of about 35 years old, whose wife was very fine, cute and whose guy was at the taste of my accomplice approached us and caught our attention. I was a priori against swinging because I always thought that if another guy did things with my girlfriend, it would be a disgrace for me. But, in fact, I recently understood that swinging has very good sides.

Admittedly, extra-marital behavior today goes against the codes dictated by our society. But at the origins of mankind, it was common for many people to engage in group orgies, as even today some species of animals. There are, to tell the truth, a lot of advantages to practice the swinging: physical and mental pleasure, fighting against the lassitude of the couple, satisfying fantasies, feeling desired, getting confident, disinhibiting, etc. Attention, swinger advocates sex without a future within a group, not the destruction or questioning the concept of couple. For example, there is no « cheat » since it is something that we do together. And I do not complex at all on my sexual abilities so I’m not really afraid that my partner takes more pleasure with another. Only the least stable couples risk destroying themselves by confronting such limits. Moreover, it is better to be libertine from the beginning of your relationship rather than seeing in this a way to relight the flame (because it would  mean taking the problem upside down).

In short, I really fucked the bitch of the other man who even said to my girlfriend when leaving “you’re lucky you! Your boyfriend really knows how to do it, I’m exhausted…” Then they went to bed so I went for a walk in the sauna. This is where I saw a libertine that I had already fucked thanks to Adopte. After that, I really broke my girlfriend to remind her who is the boss! ;)

I think there is a lot to be gained from this kind of practice. I have long believed that I would not be able to but I managed to go beyond jealousy, my “principles” of alpha male, etc.

In fact, I especially believe that our relationship has passed a course and that I have evolved in my mind. So, since I’m sure we share something really special, it’s not a sex story that makes us doubt (on the contrary, it’s an experience that we do together and that brings us even closer). On the other hand, one benefits from a sexual novelty effect that can prevent the libido from falling in the future.

The following Friday, as agreed, we received a visit from the girl I had picked up on Tinder. This is a girl with Russian origin who was adopted by French parents.

Pleasant surprise: we met a very simple girl, we enjoyed her way of seeing life, she has something very fresh that has charmed both of us. She also seemed very open-minded, intelligent, mature for her age. Physically, she is very fit, slim, firm with cute face. The Teacher is also very beautiful, in the genre of “Italian beauty”, so I was in heaven between these two women.

The goal was to get to know each other before going to the libertine club. But it was easier than expected: a real sexual connection instantly settled between the three of us. After about an hour, we ordered an Uber and went to the club.

It is a sauna on the banks of the Saône. Every time I went there, there were about fifty people but, that evening, we had a huge surprise: there were not many people. Only two or three couples who quickly emptied the place, leaving the club as privatized for us.

The entrance cost me 50 euros for a couple (it was free for the girl alone) but it was worth it. In the cloakroom, we started by undressing each other, it was extraordinarily sexy. It’s definitely more exciting to get undressed by two people, sandwiched, than to take off your clothes alone.

We then went to the jacuzzi where the girls started to play, to fool around, to get closer, to kiss each other. After a while, the little Russian asked my accomplice « What are your limits? What can I do to your boyfriend?
– I really like women, so we both find our account, and I like you so tonight I lend him to you. »

It is from here that we started to touch all three in the jacuzzi: I fingered them, they jerked me, we kissed, etc. The girl found my butt hot, it made me happy, especially as I felt her pussy expand at my fingertips. At first, I was struggling to get two, but after a few minutes, I could almost put three so much she wanted to fuck. So we decided to go on a dry mattress…

It was finally my turn to enjoy: we played with a glory hole where they sucked me and I must say that I found the experience exciting. After, we started to touch each other, to lick and they came again. Preliminaries are definitely of great importance in a successful libertinism…

There was something very crazy in this fuck, a super complicity, great sexual tension. Nobody wanted it to stop but I still ejaculated.

After that, we went to the club bar for a drink and get some rest. But the club closed because it was already 3 o’clock in the morning. We had fucked like crazy for 4 hours! Nobody had seen the time pass and the thing is that we all three still wanted more. My accomplice therefore proposed that we go to extend the party at her place…

In the end, the little Russian did not want to leave, she was too good, it was really cute. She said “I suspected it would be fine, but that was SO good I want to see you again soon!”

The truth is that we, too, want to see her again and maybe even make her a couple sexfriend. This sexual encounter was very interesting because she likes both men and women (note that we have already had great adventures with only bi curious girls) and because there is something special, an almost obvious complicity between us! The only thing is, sometimes, the magic operates only one night. So to know if it will be present for a long time, we’ll have to see her again and cross our fingers.

See you soon and may the God of seduction be with you!

In this article I will talk about how it’s going in a libertine club, how to dress for a libertine night and the difference between…

Read More »Club libertin: how to dress for a libertine party in a swinger club?

In this article, I will tell you what happens in the naturist village of Le Cap d’Agde… and I will also tell you a libertine…