I fucked a girl during a fast 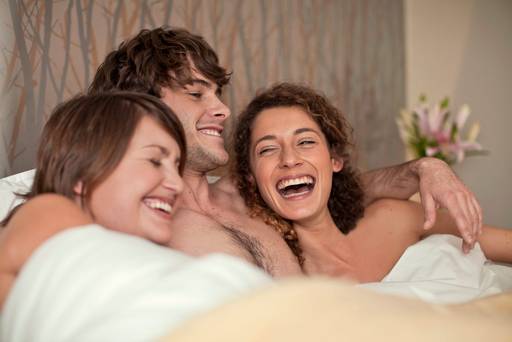 I fucked a girl during a fast

Since my last publication, I left this shitty job that was so annoying. And I had a promise of employment for August 29th !

It’s still in an accounting office but they look more “normal”. Whatever, now I am suspicious.

The fat boss of my last job has not spoken to me at all during my last 10 days there so it will be difficult to do worse. Seriously, I do not know what I did to him besides wanting to leave: I did not even tell him that he’s a big jerk but maybe I should have. And the evening of my departure, as I was leaving, he pretended to run to the photocopier to avoid saying goodbye, pitiful. He must have been afraid that I tell him his truths.

In any case, I’m not sorry to have left this losers. Especially the fattest, seriously, he plays “I’m a real guy” but does not even have the balls to assume that he ended a trial period. In short, fortunately for him the ridicule does not kill. The repressed gay, as for him, he had the hypocrisy to say “see you soon, maybe.”

The weekend after, we chatted a student in architecture on Tinder, with The Teacher.

We had been fasting for 24 hours when she arrived (it was an eternity that I did not fast but it made me lose 1kg). She was a tall, green-eyed brunette who came without a difficulty. We offered her a glass of water and we talked around the table in my darling’s living room for a few minutes and then she got topless, from point to point. It made us laugh!

Then we went on the bed, and we fucked. There were a lot of things that were wrong: she licked my girlfriend very badly and stank perspiration. We even had to ask her to take a shower, I am not kidding!

But, however, it is up to us to learn to detect the bad shots beforehand in order not to make no mistake (no choice we’ll have to ask them for sexy photos and their sexual resume before).

We, we want either very hot ladies, or not too ugly but who know how to fuck.

On Tinder, the law of supply and demand makes that we are too demanding, that’s why we have been disappointed twice lately. In fact, we ended up with chicks then we said “oh well now they are here we will fuck them” and that’s the trap.

After this adventure, we did an afternoon of tree climbing with The Teacher’s sister. Then we went on vacation in the south, in Villefranche-sur-mer, in love. I was only allowed to three or four fits of nerves this summer, otherwise it went well.

In fact, I think I’ll soon come to accept that the chicks are all a little boring. Besides, mine makes up pretty well with her qualities: she is very nice and very cute. She is very open minded and makes me laugh. She fucks well and is in love with me. It’s far from negligible!

Especially that, most of the time, when I observe other girls around me, I see that most are less sexy and less beautiful! So, I’m happy with my case.

There’s still a big mishap that I have to tell you. The other day, we ate quietly and she grabbed my hand. “I do not feel well, honey.” Suddenly, she looked blank, her eyes half closed, her head fell backwards. I narrowly caught her and slapped her to make her look at me. But she was lost in nothingness. I was very scared, especially when her tongue went inside her throat and her glottis doubled in size.

I panicked, went to fetch her with my fingers deep in her throat to put her in a safe position and then I laid her feet up and called SOS MEDECIN. Two good minutes during which I was helpless. Then she became conscious again, but started shaking all over her body. Finally, she calmed down, shortly before the doctor arrived, as if by chance. The latter seemed very worried and called the UAS then we went to the emergency because her heart beat at 120 per minute at rest.

At the hospital, it took more than an hour for her to be taken care of. What emergencies! Then, I waited 7 hours in the waiting room. They made her a battery of exams like an electrocardiogram, repeated blood tests, etc. Finally, they concluded vagal discomfort.

Now, she is in shape. But we were very scared. Well, especially me because she did not have too much time for, poor thing. This episode will still have good: I could see how much I loved her!

That’s it, I still have a few days of vacation so I’m going to work on an ambitious project: mastering the injaculation, the fact of orgasming without ejaculating, to be a multi-orgasmic man. I ordered some documentation on the subject.

If we think about it, it would be justice: most women can come as much as they want. So why not us ? We are struggling to get to fuck them so they have more fun than us. It’s crazy ! Something is wrong in the equation… it’s time to get our hands back. A guy who masters his cock controls his life.

So, if you are looking for a reading to end the summer I remind you that I released in early August the ebook Evopsy & Seduction to understand all that is underlying in the relationship between men and women.