I’ve just reviewed Hitch, expert seduction and I’m about to analyze for you: this movie contains the best and the worst.

For other film ideas, do not hesitate to check out the list of films I recommend on seduction. 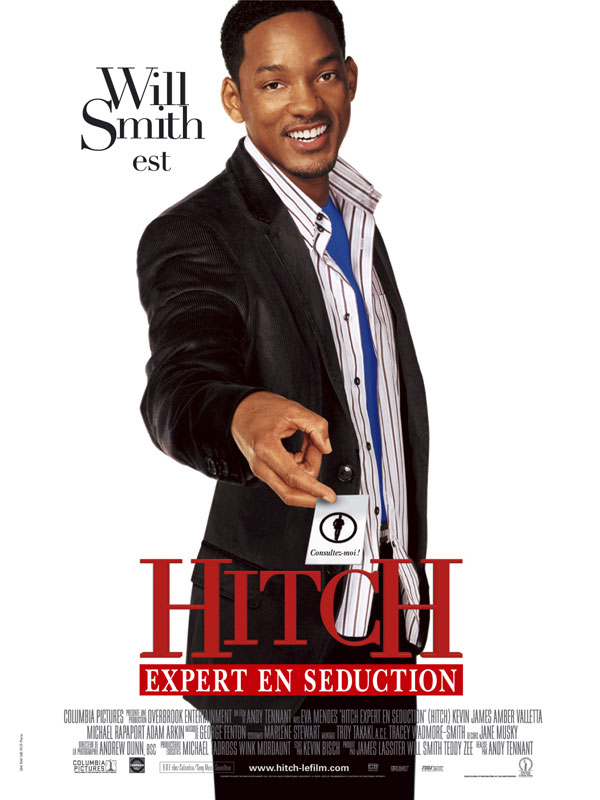 There are many good tips scattered around Hitch expert seduction:

Here are some good tips I picked from Hitch seduction expert.

“No woman wakes up in the morning saying to herself: pity, I hope I will not be bewitched today.” It’s a good state of mind to go picking up.

“Tonight, when you ask yourself what to say to her if you are pretty enough or if you are to her taste, do not forget that she is already going out with you. Which means she said yes when she could have said no. It means that she went farther than she could have sent you to Hell. It means that now your mission is not to seduce her, basically your mission is not to fail. This hard truth is explained in The (Inconvenient) Truth About Gender Relations: It’s up to you not to get rid of sexual tension, but rather to learn to play with it.

“Women react when you’re reactive”. It is certain that one must provoke his luck.

“It’s a signal: I play key-fiddle. A woman who does not want to kiss catches her keys, opens the door, goes home. If she wants a kiss, she fiddles with her keys”. This scene marked me the first time I saw it and encouraged me to try some kisses when I started.

“I’m tired of all this, I decided to stop following your advice. I want to be myself.
– But that’s what I’m asking you to be! Yourself. But a better yourself! “This is true and it is the eternal debate between those who advise personal development and those who are satisfied with the fabulous advice “be yourself“.

I liked when Hitch explains that 90% of a man’s seductive potential is hidden beneath the surface (physical appearance). And when he advises not to dance, at least not alone… dance only if the girl proposes to dance with you.

Finally, at one point, Hitch is publicized and women are angry at him for helping their husbands to seduce them. The chick Hitch wants to seduce flees because he is seduction coach. I found it quite true: women are generally afraid when they discover my blog… then, those who take the time to read, finally find that it is courageous and well seen. Until today, they represent 40% of my audience.

But Hitch seduction expert also conveys some misconceptions that bristle my hair:

Here are some nonsense that crept into Hitch expert seduction.

“Basic principle: it does not matter when, no matter who, no matter where: any man can bewitch any woman.” This implies that any guy with a good game can convince any woman, anywhere, to sleep with him. And if he does not succeed, he must have made a mistake. It’s WRONG. Everyone has not an intellectual or sexual connection with everyone.

“On the one hand, it’s hard for a man to speak to a woman like you, but on the other hand is it your problem? ” Yes ! If the girls are all being difficult, and do not take into account the courage needed to approach them, I do not know where we go…

“Do you know the definition of perseverance? Continue your action without regard to discouragement, obstacles or past failures.” Hitch seduction expert could be accused of promoting street harassment but hey, because it is Will Smith who says that, it’s OK.

“We pursue what leaks us”. It is sometimes true and sometimes false, stating it as a general truth is a mistake. See my article about the flee me I follow you, follow me I flee you. 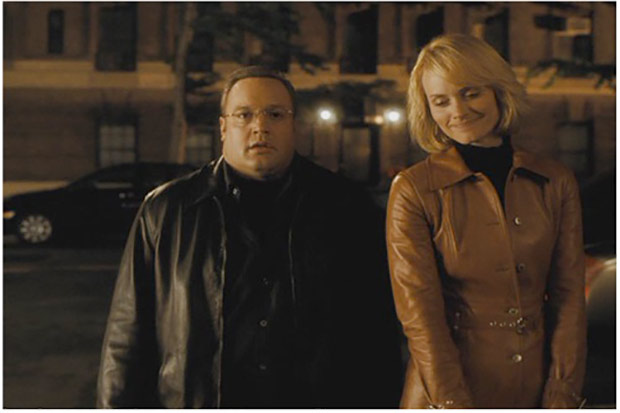 There are inconsistencies that really shocked me in Hitch expert seduction.

For example, when he speaks with his best friend, he is very proud to say that he fucks a lot of hot babes. But when a guy comes to him to ask for advice on how to fuck girl (and not to find love), Hitch gets angry and sends him off on behalf of the politically correct. I deduce that being a coach in seduction, it is authorized by the goodwill, only if it is to find love.

Moreover, it conveys the idea that only the handsome men like Will Smith are allowed to multiply “conquests”.

And then, seriously, a first appointment with a jet ski, hyper expensive, just to impress the eyes of a chick who behaves like a bitch… it’s not really what I would recommend. It looks like Hitch does not even follow the advice he gives. But hey, he will behave like a loser because he has met the woman of his life and that’s the stress. While, in truth, after a first date like the one he lived with Eva Mendes, the man has no chance to see the girl again (I think here of the kick he involuntarily puts in her head).

To make believe that such a “love doctor” can become a legend that everyone is talking about and that he can get paid very very expensive makes me reach this conclusion: the most expensive coaches and the best known are not necessarily the best (but that, we already knew).

Finally, making people believe that the fat guy who does anything at work, screams to be noticed and leaves his job on a whim can make out with his hot boss… it gives false hope to people and especially canencourage them to do things that can put them in crap for the rest of their lives. Finally, he manages to get the girl by “being himself”, doing only what he wants and making all the possible mistakes… to make you believe that no one needs advice to seduce. LOL.

So now, Hitch seduction expert is a movie you must see. It is entertaining and funny. It contains good advice, probably because Ross Jeffries was advising on the set. But it is also full of Hollywood clichés, inconsistencies and politically correct. You have to know how to share things!

previousA pretty little brunette came to our house
nextHow to please a girl?