How to approach a girl ? 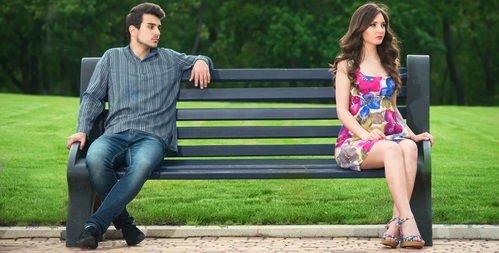 On the Internet we can find all sorts of advice (more or less good) when we type “how to approach a woman?” I will therefore make here a synthesis of good advice to approach a girl well.

Obviously, this is not going to fit in a single page because we do not approach the same way when we approach a stranger in the street, a woman in a party or at work, college, etc. It is necessary to develop a minimum without writing a book of 1000 pages. Hard, this exercise!

In life, we often see women we like but it is difficult to approach them and break the ice. In short, making the first contact with unknowns that we like is almost an art. Approaching in the street, it’s even harder !

But it is a shame because by not approaching these women we like, we deprive ourselves of potential relationships in which we could flourish. In fact, we have everything to gain by trying our luck with unknowns… and not much to lose (if one thinks well, anyway, we do not know the girl and we will not see her again unless trying something).

By approaching, we give ourselves the choice and maximize our chances. Indeed, if we do not approach, we are then limited to the girls of our close entourage… girls we do not necessarily like. Who really has the choice in life, in fact? Girls who can only answer “yes” or “no” to guys who approach them… or guys who can approach almost all the girls they want?

So, be careful, eh, when I talk about approaching strangers, I do not speak of street harassment because YES, we can approach with politeness and respect, and YES, many women enjoy that… whatever Marion Séclin and her girlfriends say!

Most guys who do not approach women are full of limiting beliefs. They are convinced that it is wrong, that they piss the chick off, that only the losers of the cities approach in the street, that the girl they could meet is too good for them, etc.

Finally, through these beliefs implanted by education, society keeps men on a leash and invites them to stay in their place.

Some guys nevertheless realize the absurdity of the thing and manage to dare to approach. But they do it with shame, they speak with a small voice (usually it goes up in acute), are afraid of the gaze of others, etc.

In short, they only half assume their step, wonder what the girl will think of them, if she will reject them, and so on. They are not really in the moment.

The reality is that to approach a girl the good way, beliefs are decisive. They are your reality that you take everywhere with you.

The first of the victories for you should not be to do not be rejected by a woman, but to have dared to approach a woman… whether it works or not! Little by little, you will change your state of mind, you will arm yourself and you will become less and less afraid to approach unknowns (well, approach anxiety never completely disappears but it nevertheless decreases sharply).

You must work on your mind to have constructive, positive beliefs that will help you taking action and achieving your goals with women. So tell yourself that babes love to be approached by men like you. That’s a chance for her! Sometimes it will really be the case, sometimes not, but the most important thing is that you keep your morale and you have sex !

Personally, I know that if I fuck a girl, she will orgasm as rarely in her life. So, when a woman rejects me, my belief is that she loses more than me so… so much the worse for her!

Only handsome men can be successful in approaching unknowns

In fact, knowing that one is beautiful gives a certain amount of confidence, which is doubly appealing. But if you are not particularly beautiful, you can still feel confident and be attractive… anyway, having the balls to approach a girl you like, in itself is already attractive because it is showing a lot of courage and strenght of character!

In addition, being beautiful can be a problem on the long-term because the receptive chicks may think that you are necessarily faithful… and will be wary of the seducer that you are (sometimes they are afraid of womanizers if they are not really confident).

Avoid stinking when approaching a stranger.

Hairdress a little, but not like a first-class boy or a nerdy.

Cut off the hairs that grow on the ears or protrude from the nose.

Dress in a way that gives a good picture of you because, when you approach an unknown, the first impression plays enormously. Indeed, the girl has only a few seconds to put you in a box (if possible “potential lover”), basically, to decide if she wants to go further with you or not. Do not blame her, it is the game, but put all the same the maximum of chances on your side.

You understand the logic: do not get eliminated…

Your eyes, your way of posing your voice, your smile, your way of holding yourself: it is all part of the body language and is, with your dress style, the first thing that the woman you are talking to sees.

The emotions are contagious so to put the chick you approach at ease, it is absolutely necessary to avoid communicating stress. But you must still have some authority in the voice to make her stop walking and stay talking with you (do not run after a girl to pick her up while she ignores you or leaves despite the fact that she heard you…)

Always prefer a contextual approach because when it is personalized according to the girl and the situation, it saves you from passing for one of these clones of the pick-up. The girl is convinced that you do not use one of those ready-made phrases you could repeat by playing a role. If in doubt, always prefer frankness and sincerit …

A contextual (or situational) approach contributes to the fact that the girl feels that she is unique to you and that you are not a serial seducer (many do not like this idea).

A direct approach is to explicitly declare your interest in the girl you are approaching. For example “I like your style so I came talking to you.”

The indirect approach is “I am looking for a gift for my sister and I need a feminine opinion”. That’s crap! Prefer direct approaches because it pays better…

The more you are in an environment where there are a lot of women (street, big clubs, Internet) the more you can be cash because you will not be easily plugged in as a sex-starved who tries with all the hot chicks… which would of course lower your value).

If you decide to approach in a closed environment (at work, at university, etc.) then you must be less direct to preserve your reputation.

To get to know a girl with whom you have common friends, the easiest way is to take part in a conversation with her and other people, or make yourself be introduced to her at a party, etc.

Do not put too much pressure on subjects of conversation because, remember, in any case, when two people enjoy: the important thing is to start the conversation, whatever the subject. If you like the girl she will be happy and it will be great…

It is sure that knowing a little improvising and chattering the chicks is always useful. But do not bother to do too much: it is better to approach with a low level of energy than with a level too high…

Putting a limit of time when approaching, it avoids passing for a weirdo that will stick the girl for hours and it reassures as to your “normality”. But be smart and do not say “I have to join friends after then I only have 2 minutes” because it would make it impossible to make n instant date. Prefer to say “I was with friends and I am going home…”

It is important to sexualize the conversation so as not to fall into the friendzone… but do not do anything in any context as you would take the risk of passing for a pervert. So, to go further, I invite you to read my ebook “Friendzone and sexualization“.

Also beware of cockblocks, jealous friends, other guys who want to fuck the girl, etc. I give tips in 1000 sexy alpha funny lines to manage them well.

We don’t give a shit about rejection: there are a lot of fish in the ocean. In addition, if you’d win each time, the game would not even be funny and the win would not have the same flavor. So, show yourself unaffected in case of rejection, as if the girl had lost more than you in interaction… and move on!

Above all, learn to differentiate rejection (abandon) and resistance (insist a little because some chicks need you to show their determination before allowing themselves to yield).

Well, I hope you like it. Do not hesitate to complete this article in the comments if you see other things to say!