How to better use negs 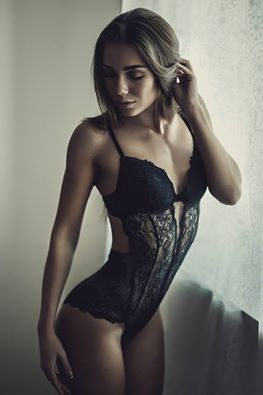 A beautiful girl, with her physique, can type any lambda AFC. Moreover, in a typical situation, the hot babe thinks on the principle that she is superior. She will therefore, as and as she becomes aware of this, increase her level of requirement. Besides, it is fair, that is exactly what we do when we become better in game: ie becoming more demanding!

Indeed, the hottie cannot fuck every guys who flirt with her in life, she will therefore have to select. For this, a beautiful woman often forges a bitch shield, in order to pull away weak men. The “sluts shield” is a bitchy attitude supposed to discourage the no-balls guys. Therefore, to bang sex bombs, it is imperative to communicate that we are not a lambda sex-starved dude. We must communicate value.

Sorry but you have 90% chance to piss off a woman if you approach her with stuff like “you are hot” or “Can I buy you a drink, beautiful lady?” Besides, most of the guys who act like that find themselves alone after the miss has swallowed the exorbitant champagne you paid for her.

The worst is that by acting this way, she openly shows she does not respect you. But no way, we won’t insult her “pff bitch why do you drink if it’s not to be fucked hard? “It would not at all be ethical nor productive.

The truth is, deep down, they want actually to have sex. But they are not sluts. In addition, they like to draw our attention, no matter what they are saying. They like to feel their power of attraction. It is from these observations that was born the concept of negative hit, or neg, for short. The author is Mystery. The idea is that instead of saying boring things without interest like “miss, you are very beautiful”, it has more impact to say things like “you have beautiful hair, is it real ???”

Or, “you’re tanned, is that mattifying make up?” She may concede that yes and that she would like to spend a week on holiday in the sun. You could then push the envelope “okay, I guess most people like it anyway.”

The idea is she has a little doubt. We compliment her but not totally. Thus, she no longer has control on 100% of the interaction. She feels that you do not put her on a pedestal, unlike other guys. Then talk to her normally without telling her every 5 minutes she is very pretty, so she wantes to prove to you that she is sexy. You will communicate that you have high standards, and she normally will feel she must qualify to you to please you. Anyway, this is what theoretically should be the sub-communication. And yes, a neg is a form of DHV. You show value while making her fall from her pedestal: you restore the order of things. Finally, the frame is not against you anymore!

Maybe she will not understand why you are not a sex-starved like all the others. Good. The secret that gives you so much confidence, it is the knowledge of the game. But it’s a secret!

A neg, it must seem sincere. The problem is to manage the aggressive part of the stuff. The girl should not have the impression that you are trying to humiliate her nor you are a hater. A good neg, it could be a compliment clumsily formulated that reminds her that she is not perfect. The idea, again, is to communicate that, unlike the other guys, her physical appearance does not impress you. This is not a beforehand won for her. So do not practice this technique with girls who do not feel up to you.

The neg is a controversial concept because, uncontrolled, it can make us lose chicks. According to how it is said, such a sentence can be misinterpreted. Demonstrating disinterest is not necessarily a good idea especially with a girl who is not very confident, “Oh damn, but you’re always like this?” Doing cocky & funny without funny either, the goal is really to push the girl to justify herself, not to offend her. It is rather like doing cocky & funny but without showing interest and it is especially necessary to choose with who we do it. It is rather for really beautiful babes, to reduce the value differential she can a priori think that exist between you two. Also, when a moderately beautiful girl is a little too much a pain in the ass, it may be a good idea to prick her ego. Finally, never make your negs sound like an insult, it’s not the point.

What to avoid which could be confused with negs:
– “You’re dumb or you do it on purpose?”
– “Are you my favorite big slut?”
– Making a neg, then saying “boom I owned you!”

Yes, sometimes you have to use these kinds of methods so they finally understand that you’re not a loser, unlike 80% of men. It could help them to come out a little of their monotonous trance of compliments and bootlicks.

previousPick up in an open/closed environment
nextThe oath of PUA