How to dare approaching a girl 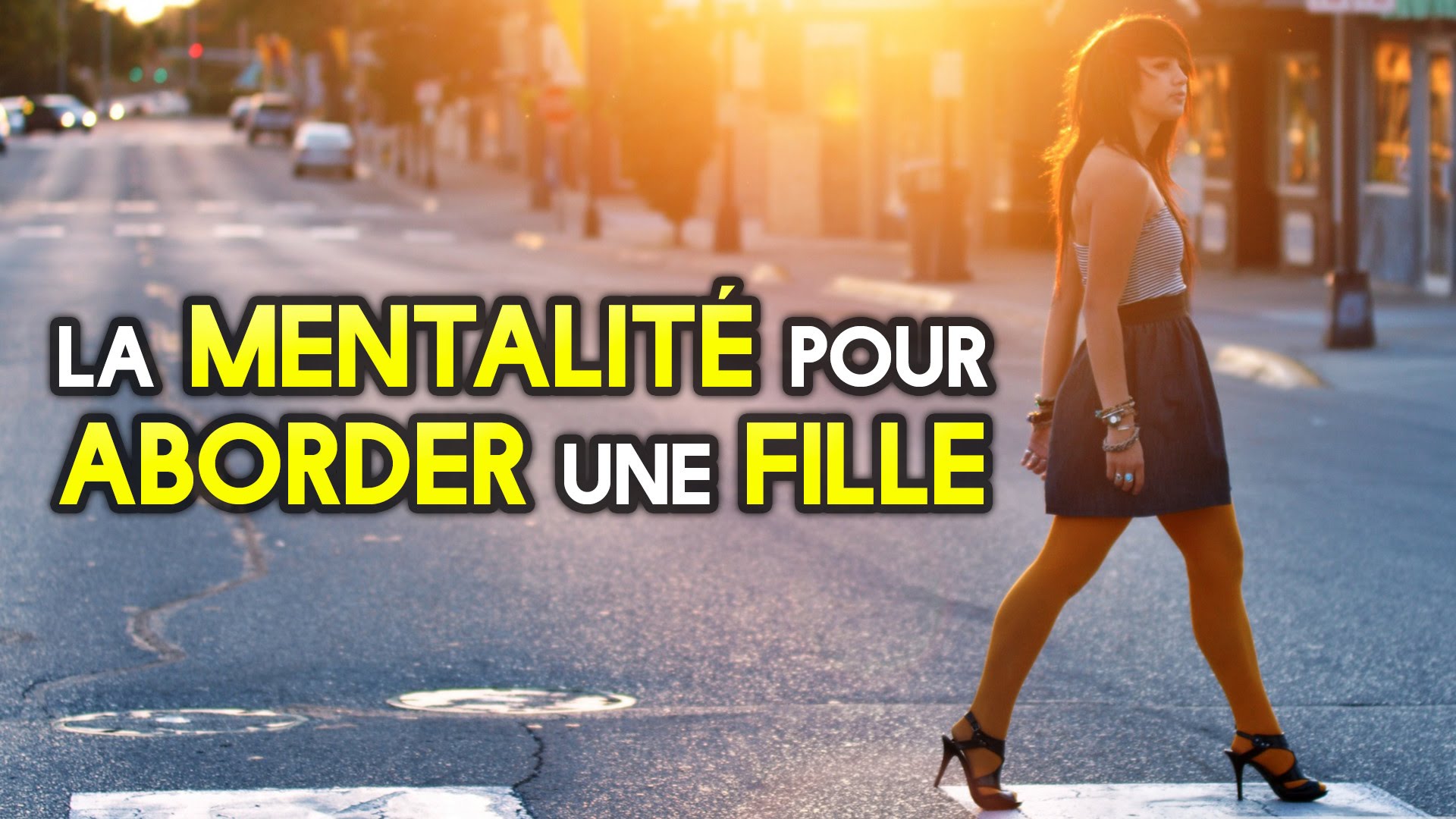 When we want to approach a girl, when we are with a chick and hesitate to kiss her (or simply to sexualize the interaction), a little voice in our mind almost always whispers apologies to tempt us to do not act.

These excuses make people hesitate, procrastinate and sometimes even cause unpleasant physical sensations in some people (stress rises, heartburns, febrile legs, trembling voice) because of the internal conflict they create: basically, you wanna take action, but at the same time, you prevent yourself from doing it.

Thanks to these shitty excuses, the man can do nothing without too much remorse. Yes, it is much simpler to invent apologies than to confront fears … but it is not satisfactory. When we do this, somewhere in us, we realize that we are lying.

Where do these excuses come from?

Because we are a rather “intelligent” race, we tend to think and find excuses instead of following directly our first thought. This is the bad side of an evolved brain. My dog and my cat, for example, when they want to see someone, they go straight and jump on him or her without asking themselves many questions. To overcome your blockages, it would therefore be necessary to stop thinking too much and act!

– I do not have time to go out and pickup right now, I’m too busy (when in fact… no…)
– I will not approach this girl, I’m already talking to another girl by texts on my phone, it would not be polite…
– Well… I’ll talk to her later, when she will no longer be with her friends who could judge me…
– I can not try to kiss her, I did not wash my teeth at noon…
– I have not showered since last night, I can not fuck her… and then, anyway, I jerked yesterday so I do not really have desire…

How can this silly little inner voice be silenced?

1/ Unfortunately, we can not silence our inner voice. On the other hand, we can don’t give a shit about what she tells or even take some malicious delight in contradicting her. Frankly, between us, it’s up to the girl to decide if she wants to kiss you or not, whether you have your teeth clean or not, so try your luck and you’ll see !!! Do not decide for people based on what you think they think…

2/ Another solution is to replace this inner voice which finds excuses by a voice that says more constructive things, for example “put one foot in front of the other, walk towards this beautiful blonde, look at her in the eyes and talk to her.”

3/ One can also sing or talk to a buddy so that the small inner voice can not express itself by saying negative things. It is in fact easier to control your inner voice than your external voice… and, fortunately, the two are struggling to express themselves at the same time!

At first, it is normal to sometimes be afraid to take action and seek to justify it afterwards. But to progress in seduction and move on in life, it is imperative to take a positive step.

The best solution is to decide something and do it. Set rules and stick to them, whatever the situation. In any case, the perfect situation does not often exist, so it’s better to adapt to a present situation rather than to fantasize on better conditions. However, because self-discipline often isn’t often enought, other avenues must be considered.

1/ One solution is to practice until you get sick of not getting there. Then, to get angry with yourself because you still do not dare to do what you want to do. Most men make the mistake of giving up when they get upset while it is a very powerful source of energy that can be exploited. Sometimes I force myself to approach at the beginning of the session (because the fear of the approach is and will surely always be there) but I do not expect anything from the chicks to whom I speak (I am in the game more than in the stake ). I do my act, I get rejected and I see it as a warm-up. Then I get upset because I realize that the fear of approach is useless. And it is often once warm that I no longer feel social fear and that I try some very daring things that sometimes work. Note that desensitization to social rejection also works with alcohol but I do not advise you to drink because it is very bad for health. And because a drunk guy is not very sexy.

2/ Some people overcome their fear of approach through small rituals or fetishes that allow them to motivate themselves and find enough courage to overcome their fears. Personally, I like to calm down before so I start playing on my breath, taking long inspirations/expirations.

3/ Frequenting and going out with people who are in the community of seduction can also help you get started. Indeed, with them, the social pressure is reversed and it is the fact of not approaching that becomes unacceptable. With my friends, sometimes we go out and slap every time we do not dare to approach a sexy chick. Sometimes, too, we give our money to a guy, and he gives it back to us little by little when we approach or kiss a girl. I can guarantee you that it motivates to move your ass!

4/ Another solution is to use the 3 seconds rule that Mystery has developed in The Game : to approach within 3 seconds when one sees a girl so as not to have time to have negative and parasites thoughts.

5/ You can also try to think differently. Instead of wanting to get something from the chicks (their validation or their pussy), tell yourself that you offer them the opportunity to meet an alpha guy and a good lover. You will be more confident with such a state of mind…

6/ You may very well choose not to think about the interaction. Do not try to imagine what might happen. Your philosophy would be to always try your luck “I wonder what would happen if I did this… ah well I will try…” This way is very instructive, we learn a lot about the possibilities by doing so (know that most people feel limited by a glass jail)!

7/ To finish, a technique that I have used for a long time is to systematically try to kiss or take the number of all the girls I approached and that I liked a little. So, I did not even do it really for the girl, but for me. As a challenge on myself. Who knows ? It could work for you too…

Anyway don’t forget that when one tries to repress the feeling of fear, it is increased. Then acknowledge that you are afraid and accept this fear. It’s normal to be afraid… But if you do nothing, this fear will NOT disappear as if by magic! Accepting to have been afraid once or twice, it’s OK. On the other hand, accepting to undergo this fear all your life, NO!

I advise you to try different things until you find what works for you. Do not get discouraged and do not forget that, as I often say “the most beautiful adventures take place outside our comfort zone…”

If you are really blocked, you can start by approaching a girl by asking her for the time or whatever (or a drink if it’s a waitress in a club). Not to pick her up but to warm you up. Do this several times, and when you are “hot”, approach chicks to really seduce them more frankly. By dint of approaching, you will end up enjoying a certain momentum and you will be more or less uninhibited. But beware, disinhibition does not last long and the fear of approach comes back to different degrees!

Daring to approach chicks is easier when we have a good mentality, when we say that if we do not go it is that we are a fag. Thinking “upside down” in relation compared with the mass of people (who think it is unthinkable to approach unknowns) by convincing yourself that many chicks would be delighted to be approached by a seductive guy as you helps a lot… Well, accept to being perfect and … go!

Is there valid excuses?

Finally, do not make me say what I did not say. There are still valid excuses: for example, if you are really late for work, if she is holding a guy’s hand, for example… or if she has a penis… you have to be discerning! Be scandalous if you want but do not do anything either. Be reasonable but courageous and open-minded !