How to make someone fall in love? 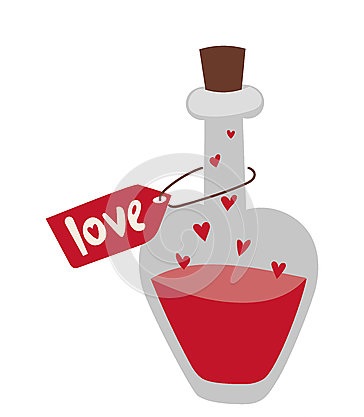 Love passion exists in all cultures. It is the conception of love that differs from people to people.

In the “developed” countries, one bathes in a culture of influence: for example, one undergoes daily brainwashing through advertising. Advertising has the goal of making us want to buy by stimulating our desire. So there are ways to create a certain desire among people… and let’s not forget that the love passion is a great desire.

In France, the word “love” is used indifferently and the society tells us that we may be a loser, if we find love, we will be happy and will become a winner because love is the remedy for everything. But in Greek there are nuances which would be very useful to us. Philia, for example, is the love within the meaning of friendship. Eros, on the other hand, really refers to the passion of love: the passion that makes one feels a lack when not with the loved person, that makes one think he or she cannot live without the other one.

Advertising also tries to create a lack in us, and this gap would be filled of course by buying products and not by having sex (although in the pyramid of Maslow, one sees that sexuality is one of the main desires that allow blossom).

Freud said that sexuality is an impulse, but that society is constructed to prevent its fulfillment. But it has not always been the case! In some societies, like in Babylon, sexuality made civilization. Young girls from good families had the right to marry only after having made love with a foreign visitor (see Herodotus’ works). It is a different vision of sex because, in our case, we value the purity of the woman. And we even managed to persuade many women that this is what they want! In general, women adore the idea of ​​a sexually freed woman (like Samantha in Sex and the City), but only when it does not concern themselves.

We will start on the basis in this article that when we want to make someone fall in love, we talk about Eros. In any case, it seems to me to be the basis of everything because, among the Eros relations, some naturally become Philia.

So, how to trigger love?

In our modern culture, one would be tempted to say that a guy who makes people fall in love voluntarily is a manipulative bastard. For us, “it must happen all by itself”, it is “destiny” (and not a sheer coincidence) and there would be only one person out of the seven billion on Earth who would suit us.

On the other hand, sorcerers, shamans, marabouts, can create love (according to them). In India or Africa, it is normal to believe in spells or love potions, etc. If so many people believe that love can be triggered, I think there are things to be done!

However, loving passion is often seen in these cultures as a madness that metamorphoses, but not necessarily as something positive… rather like a madness in the wrong sense. In our culture, I think people want to “fall” in love because they dream of metamorphosing themselves or of filling a gap through love (lack often created by society itself). More and more people are atheists, leaving an extra gap… and those people try to fill their lack of gods by inventing gods who are not gods like famous footballers but feel a lack deep inside because they feel that something’s wrong).

In the old world, to make someone fall in love, one could:

2 / Use objects such as the love apple, animated with blood or perfumes (depending on the recipe). Then one had to name people related by magic and seal the spell. Then, of course, make the target eat the apple.

And in the modern world, what to do to make someone fall in love?

1/ Promise the metamorphosis. So many women have told their psychoanalyst they were in love… it is because these guys promised them a change inside!

2/ Never say “I wish you want me”: do not be needy and avoid the one-itis. (For more explanations, see my book The basics of seduction!)

3/ One can use a go-between: like the monk in Romeo and Juliet who plays the matchmaker and suggests love to the two characters. What is powerful is to give birth to the idea of ​​the possibility of love. (Who said « hope » ?)

4/ Choose the moment: melancholic or sad people (such as after a bereavement) are more likely to fall in love… because they are in a phase of metamorphosis. They are weaker and have the desire to rebuild themselves, which makes them more receptive to the idea of ​​love.

5/ Summon the modern gods (in a church, mosque, synagogue, etc.) We no longer believe in these things in our cultures but they have already helped many people in history so these beliefs probably have an effective power.

6/ The Game: the community of seduction will allow you to become more alpha, to improve your communication and to be better in bed. This will cause more women to fall under your spell and will make them want to stay close to you through the attachment hormones released during orgasm. (If you are interested in this theory, read The (inconvenient) truth about gender relations.)

Women are afraid of being judged, are stressed at the idea of ​​meeting someone, are afraid that the guy is not a good lover, they are afraid of not being good enough in bed, fear of losing control, fear of being thought of as whores, are afraid of their “animal side”, etc. But if one deactivates these various obstacles and their social conditioning, one can easily get laid… and from there, make them fall in love.

Indeed, women can unconsciously force themselves to fall in love with the guys with whom they have slept because they are put under pressure by society (“you cannot sleep with too many guys because if you do so you’re a whore”). It is the principle of coherence that is at work here.

They can also force themselves to fall in love because of their genetic programming (before, when they slept with a guy, they risked 6 months of pregnancy so had to retain the man to have access to his resources). Since there is contraception: washed it can be used again… but this obsolete genetic programming is still working on us. (For more information, read Evopsy & Séduction!)

Romantic love has never been so important in the minds of human beings. Today there is no need to worry about hunting every day, so…