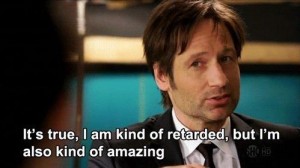 At the moment, I write a new book about the body language and the postures of seduction, so I am often on the computer. I thus have the page of Adopte opened at least 3 hours a day, just to don’t lose too many opportunities. As a result, on Monday or Tuesday (I don’t remember), I sent a charm to a black a little bit by provocation, just to see if I could fuck my first black. WTF, I wanted to verify the legend of the black butt. I admit, I have used AGAIN the routine of the questions… I a little dusted it recently then it is all the more effective. In brief, having hung on her, the chick spoke a lot and told me that she had never tried with several people at the same time. Best that she did, it was to chain three guys alternately (those who did not fuck waiting together in the lounge). A nympho as we love them, thus. It seems that the blacks girls are often hypersexual, thus so much the better…

Well. Because I had promised to Padawan to find a second girl and that The girl Of the Body Painting is always ready for this kind of plan, well, I invited her on Friday evening. It was a little risky because we were all exhausted, GBP and me by the tricycle of the day before (and by Virginie the afternoon). Padawan because he goes in for sport all the time but globally we had nothing to lose, just to open our spirits. Fortunately, the chick was not too bad… a half-blood from La Réunion rather coffee with milk. More or less the same level than GBP, but a little less hot, and she smoked. Finally, her body was a little less skin, in other words, different. A cleaning lady, thus I imagine that all the guys who saw her dealing with her Swiffer want to bang her. Indeed, just like many women fantasize over the plumber, many old pigs fantasize over their “technician of surface”.

We played the game of the bottle to begin, the one on whom that fell had to remove a clothe, up to underwear. And then heteros wages, all more or less sexual. We began to get closer, to caress them, to kiss them… And finally, 4 massages to exchange the partners. GBP on me, me on GBP, the black on Padawan, Pada on the black and conversely. It was funny because, during the massage, the last physical barriers fell. The girls removed their bra spontaneously and their string came down more and more under the influence of an horizontal gravity. We began to see some vapor forming on the window, they started to breathe more and more hardly, more and more quickly whereas our hands went through their bodies and caressed the inside of their thighs. Then, they wanted to change the type of massage: not on the back but on the stomach. Effectively, they took advantage of it to start sucking us.

Then, here we are, we fucked them a little in my room. They wanted their spanking !!! My roommate woke up three or four times so the girls shouted hardly. (Note for later: will need that I invite her one day but how to ask her that is the question)… They also sucked us a lot. A lot of willingness, needs to underline it. So bad, they were not bi and and the black was novice. We felt her voluntary but not freed, and a sort of competitive spirit with GBP while it was not at all the idea. Otherwise, that lasted something like from 1 am till 6 am. The time dilated just like their buttocks. Me, when I had my orgasm, later I was KO like if I had smoked a big join. Completely stone and emptied, for a first time, it was cool all the same.

Padawan returned at his place because not enough place on my bed. I accommodated the black and GBP, one on each side. In the morning, GBP slept and the other one started shaking me then I screwed her in spoon and doggy style.

I clarify to the notorious alcoholics that all this was made without a drop of alcohol, just with bananas, nuts and water. Seriously, become aware (like I did) that it is some shit and that it fucks up your body. The alcohol is a thing so that people uncomfortable in their skin or in their life forget their problems and succeed in feeling free… we are indeed far from the image of the alpha, there… (even if you are addicted to sugar and even if you are persuaded that it makes you seem “cool” you had to read it).

Last point, for those who are tempted. How to make a successful orgy, in two words?
– Being used at first to the mass of bodies so you can handle it and give without counting;
– Feeling comfortable with your body and your sexuality in public to be able to receive;
– All the protagonists really have to want it, being enthusiastic or at least showing some enthusiasm so that the others feel at ease and follow… Not just being here to discover, not becoming aggressive because can’t handle the sexual tension and potentially block at any time, thus not too many beginners;
– A good spirit of encouragement, mutual aid, cohesion especially not competition or something like that… otherwise it’s dead even before having started!
If you succeeded and that it took place well, between people who have a good energy which circulates and makes you feel as good as never. Between the threesomes that I did and the foursome, we did feel shudders and energy we kept several days.

Conclusion: to test, it was funny. I am OKAY to try again, but with people who have a better state of mind and a better energy. The problem was that both girls did not share much, it could have been better. Otherwise I would very gladly try to take a girl with my buddy too, I heard that the energy also circulated very well. May the God of the Game be with you!