How to positively handle the AMOG 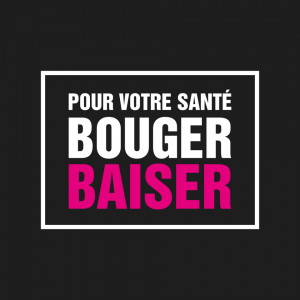 The AMOG, what is it?

This term refers to “alpha male other guy”. So, he is by definition an alpha male. If you consider all the guys on Earth as credible AMOG, you will bit your nails all your life!

Well, sometimes it is really a serious contender for the pickup. But you’re far less likely to meet one than to fall on an AFC. Keep that in mind before ejecting yourself whenever a guy tries to hit on your target! (This is for shy guys).

Most of the time, I let him crash, I observe him even encourages him, then I resume to where I was and I’m thought of as a fairplay guy by the girl. I even often seize this opportunity to tease the girl “well then, you didn’t like him?”

Amog or friend? Cooperation or confrontation?

In the case of a true AMOG, there’s a number of possible configurations. Basically, is he hateful or not ? If he is hateful to you, he’s likely to lost points in the eyes of his/your target. You just have to push him to fault! Only biatches like hate and violent rude assholes.

On the other hand, if the guys is friendly AND alpha: why not make an ally to pickup chicks? I’m serious. Being two alphas together, your value increases. You will be chicks magnets!

Imagine you’re hitting on a girl at a bar then a guy shows up, he knows her, and kisses her on the cheek. Why sulking and immediately constructing a strategy to get rid of the intruder? It just would communicate some insecurity…

Why not shaking his hand warmly instead? If he’s a cool guy, you’re maybe going to make a friend. Then maybe fucking your target + her girlfriend in a foursome with this guy !!! It’s maybe a little like swearing in a church but it’s to make you understand that it can be a win-win scenario! Warning: I’m not saying that this is possible every time, far from it.

Maybe, he’s a guy of the community who has a great social network and who’s looking for a wingman. Why not starting the conversation on women, pickup, parties, etc. You will perhaps mutually boost your modjos !!!

In addition, by being focused on the guy, you will make the girls think. I remember once in party of I showed disinterest to an American and so she started to shake her ass in front of me to get my attention back. It was pretty fun when you think about it. I had kissed her but the fact is that after I had kissed another girl on her bed and she was a little angry. Well, this is another story.

My conclusion: making friends with guys can bring you more chicks than crossing swords with all the dudes just to try to get a particular girl. I’m here talking about a rational approach rather than an emotional one (the instinct of the not educated and sex-starved man is rather often to “defend his territory” even if he has not yet planted seeds in the fertile soil).

My motto: I love women and some pay me off well.

There are basically three types of AMOG who can piss you off well:
– The drunk idiot;
– The cocky player;
– The sociable handsome and funny guy.

My advice :
– Stay close to the girl, implying that you are close, it will dissuade more than one;
– Kino : it creates attraction and the comfort;
– Push him but not aggressively rather like an alpha eg a little tap on the shoulder;
– If he starts to speak directly to the girl ignoring you, you can answer like “you have beautiful eyes you know (to the girl)
– Thank you (you answer). ”
– Isolate the target “it was a pleasure talking to you see you soon bro” and take her by the hand. Otherwise the conversation may become boring, the girl be pissed off and leave both of you together.
– It’s a bit naughty to use your body language, turning back and placing yourself between him and the girl, but hey, sometimes you have to.
– If he does as if you did not exist “honestly guy I respect you for having the balls to approach her but she is with me so … good night!“A little bit rude, but hey if he is… works rather he is weird or if the girl is attracted to you.

Do not fight for a girl, seriously. Fight only if he does something stupid against you or her.

If the guy who AMOG is a friend of you (jealous type) or a (bad) wingman, here is the best solution: dominate the conversation and extract the target at the right time. According to the rules of the wingman : normally the one who open is the one who has priority to try his luck. After if the girl doesn’t like him, the other can go… In any case, never attempt to discredit or whatever one of your wingmen. Ethics, damn it!

1 thought on “How to positively handle the AMOG”

previousBetter understanding our emotions
nextProblems with the TOO direct game