How to understand women? (+ books you need to read) 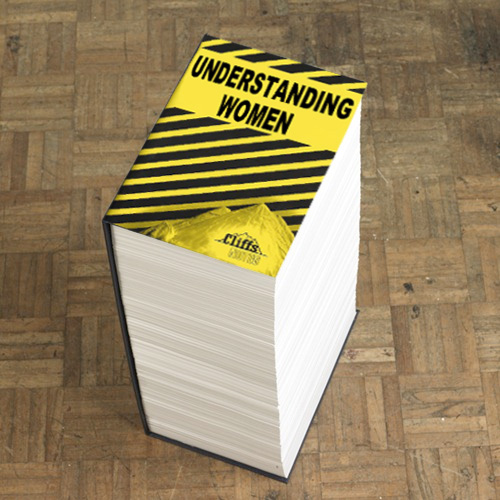 Understanding women … ahlala, how difficult it can be for a man! I have personally fumbled for several years before I see clear enough in it.

It must be admitted that men and women may be equal, we are not similar. There are big differences in terms of hormones, genetic heritage, worldview, education, customs and so on.

Understanding women seems important to me as it helps both to seduce (and sleep with women) and to live enriching relationships.

One must not try to reason by pretending that women are men. When it comes to seduction, they think absolutely not the same way as us!

Even if we are attracted to the opposite sex (we are 80% attracted by a physical… they are by a social situation, a trust, etc.) Many men are wrong by trying to become more “beautiful” to seduce. It can not hurt, of course, but the main problem is not there. As long as they do not have a better understanding of what women are looking for in a relationship or an adventure, they will go blindly and lose a lot of time and energy.

In relationships, there are also a great deal of communication problems and misunderstandings between men and women: the fact that one does not necessarily put the same modalities on a “relationship” sometimes leads to big crises. To avoid this, I suggest you stop thinking that the other works exactly like you.

There is nothing absolute in this rule but let’s say that, generally, women love romantic comedies more often than men. The emotions that the reading of a Fifty Shade of Gray transmits to them make them vibrate while this book leaves me unmoved.

This is why women sometimes give the impression of illogical behavior and their actions do not stick to their speech. A chick may very well not wanting to sleep with you but doing it anyway if you spend an evening together that turns her on like crazy! Likewise, she can let you undress her one day when she wants but she could say “no” if you try your luck another day (luckily, they go back to bed more easily then with a guy with whom they have already slept)…

You must absolutely understand and accept that, in France, you live in a society where women pay great attention to their reputation.

A girl who sleeps with a lot of men, if this is known by bad people, will give her a reputation of bitch or whore: and it is not easy for a woman…

This reputation as an easy girl can excite guys, but they probably will not want a serious relationship with a girl reputed to be easy… as for the other girls, they will be the first to criticize a “competitor” to destroy her socially and keep the guys for them.

If you want to sleep easily with a lot of girls, you have to either provide them with an excuse such as “he’s handsome/he’s famous” or make the sexual act easy by taking initiatives or guarantee them discretion.

If a chick wants you but resists “for the principle”, it is probably she wants to make you good impression not to close the possibility of long relationship.

But be careful not to be too “soft” with a woman, at the risk of finishing in the friendzone and becoming unfuckable in her eyes.

Many men are bad or selfish in bed (while believing to be very good). A girl can therefore forget some principles and sleep more easily with a man if she knows that she has no STD, that he will make her orgasm like a little crazy and that he will not judge her.

It must be understood that sexuality has a very important place in the life of a woman. They have much more erogenous zones than us, can feel more pleasure, etc.

Sorry to break the myth but women are not small fragile beings: so, if you fuck them, do not hesitate to fuck them very hard so that they are satisfied!

To a lesser extent, women choose their partners… Indeed, in our French society, it is up to the man to take the first step. They only have to answer “yes” or “no”.

Similarly, it is tricky for them to send us too obvious approach invitations for fear of being thought of as a bitch who warms all the guys.

6/ Women are afraid of falling into an unstable man

The girls want to avoid at all costs guys who seem weird (for their own safety).

A man is usually much heavier and stronger than a woman: being in bed with this big beast is therefore something that requires a minimum of trust or confidence. Likewise, imagine that the guy becomes mad at the slightest annoyance and kills her? A woman is afraid of this kind of behavior and will therefore try to test you to avoid any problem.

For this, she can try to push you to the fault, use shit-tests or try to make you boast to eliminate you… do not fall into the trap!

7/ Every woman is different

You and your friends are men… but you are not completely alike with the same way of thinking about all subjects, is not it? Well, as far as women are concerned, it is the same thing… there are main lines that are common to most women, and then there are small details that differ.

For example, there are some who are more open-minded than others, others more pains in the ass than others, and so on.

Men as women, we are sensitive to homogamy: we love what looks like us!

So understand that a Marseilles riffraff might find you absolutely not attractive if you are a kind of “classy boy” while you could easily seduce a well-born (but naughty) chick.

You only have to see the covers of women’s magazines… women, from an early age, see in seduction their main weapon to face life. But they can not shout it on all the roofs at the risk of being labeled “slut”.

So it’s not easy between the two sexes… and, in addition, some repressed lesbians like Marion Seclin feel compelled to dig even more the gap between men and women by preventing them from meeting in the street and creating an anxiety-filled climate of mistrust between us.

Fortunately I am convinced that we will not be able to hate each other because both sexes are irresistibly attracted to the another one and because every heterosexual woman keeps the hope of meeting “the man of his life » (just as men who believe a little to the charming princess).

There would be a lot to say but I have already done 4 pages there… so I will stop and give you some tracks to go further (if you want to).

The two main books I have written to help you understand male and female behaviors are:
– Evopsy & Seduction which is an analysis of our love behaviors according to the theory of Evolution. Much of the feminine behavior and paradoxes that we experience in society can be explained by the history of our species and the adaptation of our primitive instincts to modern life. Go and see, I put at your disposal a free extract of the book!
– The (inconvenient) truth about gender relations that is a book that speaks a lot about the social pressure women feel and how to handle it to sleep with them (it is a work of general interest because they have as much desire as you). Again, I put you on line a free extract, have a look!

previousHow to dance in a club ?
nextHow to pick up a girl