I felt a great disturbance in the Force 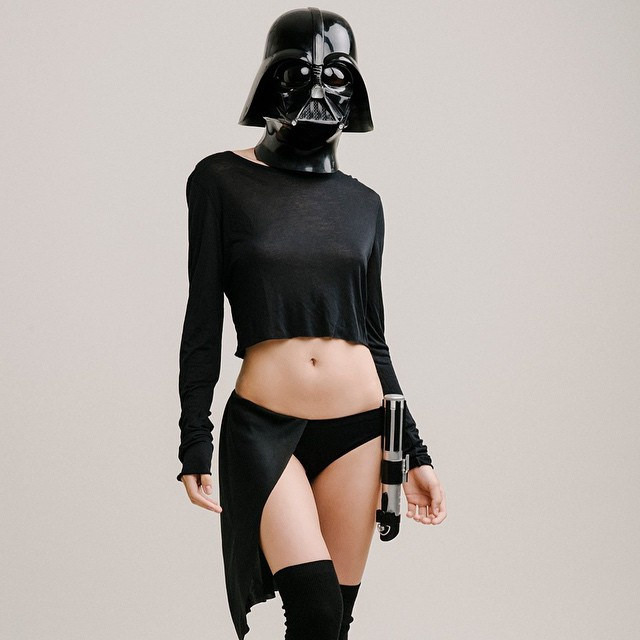 “I felt a great disturbance in the Force.” I felt a tremendous disturbance in the force during this month of January and I suffered… but it looks over. For proof, last night, I did something that I thought never succeed! I really need to tell you.

I sent the last chance message (long version) to a girl who flaked me twice. The first time, under the pretext of having to go to get vaccinated, the second time, by not answering a few hours before the date. So I made fun of her by saying that online dating would never work for her and that she would never orgasm like a little crazy if she always acted like this. Her answer :

She: “No, it doesn’t work much for me.. But it’s my fault. I do not answer, I refuse the likes, I do not give my number/my fb etc. It’s selfish and not friendly. I know.”

She: “The first time I was busy. The second time I do not know.. I did not really feel like it, apprehension etc.” [mea culpa: looks like the excuse of the vaccine was true mdr and I point out to you the fact that when they apprehend they often rationalize thinking that it is because they do not want but it’s most of the time not the case.]

Me: “Afraid of enjoying too much?”

She said, “No. Let’s just say that I don’t like being a hole among the others. Without offense either for you or for the girls.”

Me: “Huuu no, I never considered a girl like a hole. Get out of your comfort zone a little and you’ll see that it’s only good, nothing you’re afraid of, lol »

She: “No, but I’ve had ephemeral relationships ^^
But there I do not know, there is no spontaneity, improvisation, surprise, etc.”

Me: “Well, I’ll tell you otherwise if you prefer, the interest is in tension when we’ll talk by knowing that we will sleep together a few minutes after, and then in the quality of the orgasms that I will give you.”

She: “Well… humility is not your thing”

Me: “I do not need a moral lesson, I need you to get out of your comfort zone so as not to miss a cool thing… I want to have sex with you, that’s why I insist but I’m not needy nor sex-starved, you know. On the other hand I would need you to be reliable you see. If I give you a third chance, can you do it?”

She: “Well then let’s find a day when I’m available.”

After that, I made fun of her by saying that she would probably stress and invent a shitty excuse to get cold feet and flake. So, on D-day, to subtly see if she was going to come (otherwise I would have worked (unpaid) overtime, I sent her “are you in shape this afternoon?
– Yes Yes ; ) »

Spectacular turn of events ! She really came. I did not think so. Women will always surprise me…

She told me that she knew my blog because she had been looking for “diary of a call girl” on Google and had fallen my first diary of a french pua. Then she saw me again on Adopte one year later and recognized me. She said she loved this article: Is sexual prizing the key to her …?

She is a little girl taller than me, cute, sexy, studying Russian. She likes saying “niet” instead of “no”. She often goes to Russia, besides, she travels a lot, even alone. Her dad is also a certified public accountant, what a coincidence. And he has a holiday home in Aix, second coincidence.

I met her directly after work so I was still in a suit when she arrived, and it intimidated her: she wanted to know how old I was “26 and you?
– 18, but you look like 30 with your suit
– ah?
– yeah, I am seriously intimidated and you have a lot of experience… with an 18 year old guy I would know what to do but not with you…”

We spoke a little to make her feel comfortable, then I stroked her and everything. It’s a chick who usually never puts on a bra but I asked her to put one so that it’s more fun to undress her. And she did it for me… cool! I asked her if she had met many guys online : 2 before me… but she only slept with one because the other had 10kg more than on his pictures.

Then I took her doggy style (her favorite position): me standing in front of the bed, she, on all fours on. I had to fuck her for an hour like that, seriously. I could not finish despite the fact that I saw her ass in close-up. I was too tired, I think. She came two or three more times in this position. She clung to the sheets, bit them, and so on. Then we quietly ended up with a missionary, because I was sweating a lot : it was calmer like that. There, this face-to-face with my kinky eyes in her naughty eyes made me enjoy. Finally, phew! My heart needed half an hour to calm down after this sex marathon.

It was already over 10pm, knowing she arrived at 6 :30pm. It was her mother who taught us by calling her to bawl her out because she had not yet come back home (she had told her she was going to a friend she knew after classes). Seriously, we did not see the time pass. When we live a temporal distortion like that, it’s really nice.

When she left, I fell asleep directly! Well, I just went to piss before but I regretted it because it burned. Fortunately, this morning, it’s getting better.

Thank you, God of the game!

previousThis afternoon, I took the virginity of a girl
nextHow to enjoy a very powerful erection?