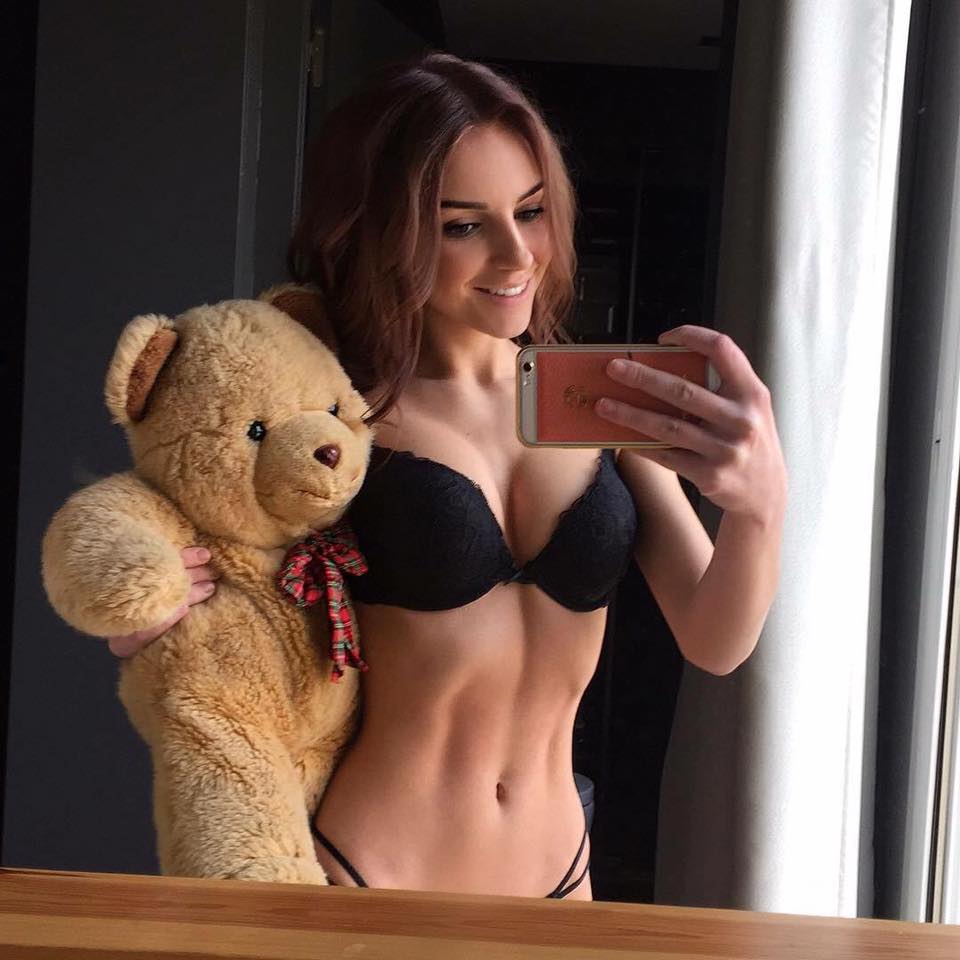 I’m getting tired of being even more tired when I do not work than when I do work. And yet, when I’m working, I’m already at the end of my rope. Finally, my morale is going a little better since I have understood that I can easily find another firm at least as well as my current one.

Otherwise, back to seduction: yesterday afternoon, I received the visit of a naughty chick from Adopte. An 18-year-old, totally crazy. She is in a literacy preparation class in a boarding school, so she has few opportunities to get fucked. Yesterday was a public holiday, so we took advantage of it.

It was she who contacted me on Adopte and everything… then… all of a sudden, no more answer for several days. But I did not leave her in her comfort zone, I confronted her. I asked her to assume if she did not want to see me instead of just not answering. She was uncertain until the last minute.

I put a little pressure on her to decide: I told her that it is important to get out of her comfort zone to move forward in her life and everything (by the way, this is true). She was fucking stressed at the thought of having sex with a stranger, that’s why she did not answer anymore, actually. In addition, she did not sleep with many guys in her life (but she also banged two chicks which shows a kind of open-mindedness).

She is very insecure even if she is cute, and she has emotional problems… you see the kind of crazy chick ! I had to really reassure her (I alternated pressure and comfort) and she came anyway. We talked a little before fucking, of course. Especially she was so stressed that she spoke a lot and was a bit nasty. She did taunt me. As if unconsciously, she wanted to prevent my cock from entering her pussy… as if she wanted to spoil everything, when she really wanted to have sex with me, she told me. But I did not let myself be trapped.

Once in the bed, I had never seen anything like it before. I licked her pussy : she approached orgasm, but really (kind of hyper contracted sex and spasms, very wet like a tsunami, legs that tremble, etc…) until then everything was fine but, all of a sudde, she got up and began to cry. Yes, to cry.

I consoled her and we talked a little more. Then she undressed me and I fucked her. At that time, she detached from her body like NO EXPRESSION during the fuck. Seriously. I still selfishly finished. I think I felt during this fuck what a guy feels when he bangs a prostitute. She told me she loved it physically but emotionally, it’s with another guy that she’s in love blahblahblah. I don’t fucking care, if she comes to me it’s not to play the starfish, right?

It pisses me off to have to deal with such crazy persons. When you’re in such a situation, you’re enjoying the moment, whether you’re in love with another guy or not. Seriously, it’s useless to feel guilty, especially since the guy in question is not her boyfriend. Or at least enjoy and feel guilty after, otherwise it’s really not worth it. It’s just common sense. The chicks really have a gift to waste life when it comes to sex…

She is very stressed in her life, she has quite a lot of anxiety problems and everything. So, I confirm what I already said: all the girls are not good to fuck! In fact, I do not care, I do not regret. I know what I am worth when it comes to sex but a guy with a somewhat fragile confidence, there, she can break him. Serious, you fuck her and she looks elsewhere, what a lack of respect!

The funny thing (because yes there is still one) is that I was her first “old” man. I am 8 years older than her. Mouhahaha!

She asked me if it would bother me if she would go there without me because the guy of the girl does not want to share her… but he wants play the pimp with 2 girls who would take care of him. Now, it is his girlfriend who is at the initiative of everything and is bisexual… Who does he think he is, seriously ?! The guy apparently worried that I would be a threat to him, about his bitch.

Me, it pisses me off that a guy has a chance of picking up the bet when it was me who made the Tinder profile of The Teacher and who opened his girl on the app. By the way, the other girl literally has LOVED my opener!

Understand that he did nothing to deserve that, this dude. It’s his girl who takes care of everything and he, he will would the jackpot? While my teacher does not find it handsome? She would tolerate it, just to fuck with her girlfriend… and I would be left out? Inadmissible! Knowing that she introduced me as her boyfriend, I think it’s a lack of respect to plot like that.

Especially since the other girl is a sex-bomb too! So, frankly, here… the only fact she thought to fuck her without me, it pisses me off. I can not stop her and she does not have to tell me, of course. I realize that my reaction is not rational but it’s like that and that’s it.

It’s as if I was looking for another guy to fuck The Teacher and I come across a guy in a couple looking for a second guy to realize his girlfriend’s fantasy. And it would be the other chick who would have our two cocks while I would leave the Prof aside. Seriously, I find it disrespectful to think so. Very selfish!

Frankly: either they fuck without the guys, or we make a foursome together… but here I feel downright sidelined and I do not like that at all. I also told her and she understood my position (not sexual). She told me she will not do it without me. Can I believe her?

Well, we’ll talk to them on FaceBook, we’ll create a conversation all together. We’ll see what happens! Anyway the sex-bomb of the other has seen my profile and she finds me cute, so it’s cool.

previousMy new newsletter for English people
nextWe’re lucky! We said we like each other