I fuckclosed three new girls in less than a week ! 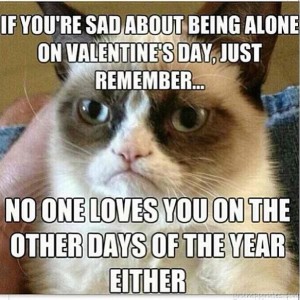 Night out full of color and strong emotion yesterday !

First of all, I saw again Hafid, it has been a long time ! He dragged me into a party « wesh there will be 100 people come with girls » well in fact it was « 10,0 people ». Well he drank a lot but I didn’t follow him because I don’t drink anymore and (I am proud of it!

After one month without going out (except the medical party in Marseille) : come back in the small clubs of the city center. I received a call from Lolotte, Crazy Pauline and the Redhead « we join you » then « no finally we don’t come ». There did yo-yo all night long… Disappointing… Especially coming from three girls I have already kissed fuck off ! Even one had the nerve to tell me « I know that you would not resist me, if I want I can have you when I want » No, seriously, I don’t give a shit about those girls, stop pissing me off otherwise I poke all their friends list on FB. Moreover, about what pissed me off …

I saw again Marie (from medicine, the one I’ve been in an open relationship with for months) in a club. I wanted to talk to her and everything but I did not go in my first move and when I decided, she had the tongue of a tall guy in her throat. Then, one hour later, she left with him… Padawan felt that I was going to go off the rails, his support was very constructive!

What did I feel? A bit of jealousy, I admit it, but when we think about it : it is badly placed. I believe that it is especially my ego which is hurt: It is ridiculous and I have to succeed in overcoming these feelings. Seriously, I fucked about fifteen girls since her, I am badly placed to criticize… What pissed me off it is maybe that she had fun and ignored me totally! Finally, I really don’t know in fact … I remembered her perfect pussy, her attractive tits, her (naked) jumping on my cock. I guess that we all have a fantasy of purity, we want that the girls do dirty things only with us and everything but the truth is that she sucked cocks before me, after me and maybe even at the same time! I had feelings for her, for sure, it hurt a little seeing her again like that … to punish her I’m thus gonna poke all her friends list!

As a result, to piss her off I approached the group who danced next to her and her guy. Two girls, an attractive short girl with blue eyes and glasses and another nice tall one « Are you hetero ?
– Yes. » and the short one left… « Wait, I didn’t finish my approach.
– Ah OK, go on.
– Well if you are hetero 1/ give me your FB 2/ we kiss.
– I can give you my FB but I didn’t drink enough for the rest… otherwise I would not have hesitated! » and I also spoke to her friend who told me « you really look like a guy, Fabien, who writes on a blog. He looks like you but is really taller than you!
– Ah OK, in fact it is me but I’m not Fabien I’m Fabrice Julien, and I don’t think I have shrunk in the wash. » She was faded but I think she liked me. Like a dad kangaroo, I had the friend in the pocket, moreover it played in my favor during the rest of the evening. Cool ! It is so good being recognized like that… Looks like I more and more become an urban legend.

I pass fast made on the continuation, the short girl who was cute made me very pronounced winks but refused to give way to me. I told her « you didn’t reject me yet, two options 1/ you’re bored and I make you laugh or 2/ we can negociate something more interesting » the tall one pushed her to the transgression « go on, cheat on your boyfriend… anyway you’re gonna leave him and Fabien is just one year younger than you it is not important…
– MY NAME IS FABRICE !!! ». I played the card of the fast-seduction, IE « less  is more » and I refused to kiss her. I established a game in which we can caress and everything, get closer very near but that we can’t kiss. I took her hand, smelt her hair, caressed her, the temperature rose fast and of course we finished by kissing at the end of the night. It is me who did it, but I accused her of having lost.

The cutie had to sleep at the tall one’s place, except that on the road, she changed her mind. Certainly because I turned her on casually during the walk. In brief, we fucked 3 times, she had a pussy which needed to be eaten, then I licked her during a long moment and I took some pleasure doing so. She too, it drove her crazy.

Well, I’m gonna have a siesta. May the God of the Game be with you !