I had sex with a disabled girl 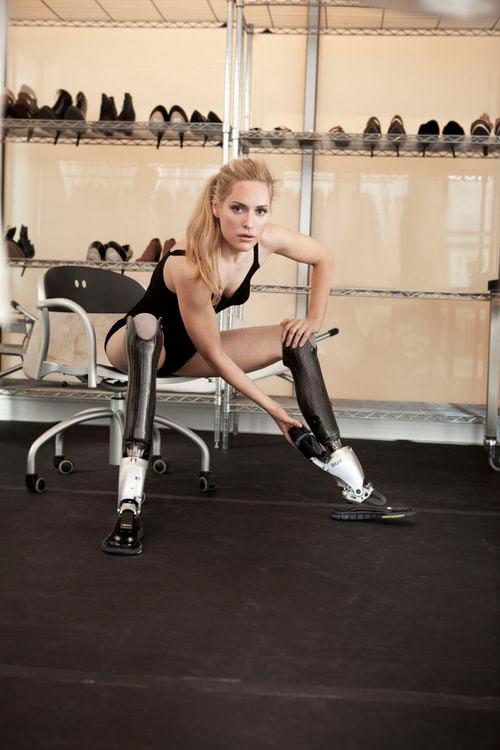 I am no longer as scandalous as I used to be. Because of my work, my depression and the fact that I no longer drink alcohol, I have become “soft”… Some will say that it is a good thing, others that I get old. I do not know, it’s just the way it is. Nevertheless, I did a rather crazy thing last night.

I had picked up a chick on Adopte last week. After a few messages, she warned me she’s deaf. In fact, she was born like that because of a genetic disease (shitty mutation of a fucking gene). I had never slept with a handicapped person before and she was still cute, so I opened my mind and continued to seduce her.

Last night, she came to my house, we drank a tea, she sucked me like a hungry and we fucked doggy style standing against my desk. As she was small and light, I even took her in rather acrobatic positions. Finally, she asked me to squirt her face and said she loves it. It was nice: I put sperm in her hair too, just like in There’s Something About Mary.

Once we finished our business, we ate pasta together and that’s when she confessed to me that I’m only the third guy she had sex with in her whole life… but she precised that she loves sex. She revealed that she masturbates regularly.

Because of her disability, I had a hard time understanding what she was saying, and she could not understand me, but it was a rewarding experience. Her level of self-confidence was close to zero, I hope that having tested my cock will help her. I tried to be very positive, understanding, I insisted that she is sexy and that she should take advantage of life (many guys would be delighted to kiss a pretty girl like her… despite her deafness).

Finally, all this to say that even if you are handicapped, you can meet people and have fun.

I was thinking about stopping my diary because I thought all my meetings were all alike (and it’s a bit true) but this little slut showed me that I was wrong then I will continue a little.

Moreover, as if to encourage me to continue my fables of modern womanizer : I had this evening a date with a 27 year old girl who had approached me on Adopteaguy.

This is a pretty damn rider working at Starbucks. We shared a glass of red wine and the discussion was very interesting. This chick has a great frame of mind. She loves sex and assumes it. She hates the girls who play the princesses. She admits that sometimes she fucks a guy just to fuck a guy because she wants sex (but she needs to like him a minimum).

She explained to me how she selects the guys on Adopte: people who have no conversations and do not assume their intentions (or who are afraid of an enterprising chick) piss her off so she grants a great importance to description. She claims I’m the first she met on this site… is this the truth or did she just want to flatter my ego to make sure I fuck her?

She tried Once as well… but the guys she met did not want to fuck right away (they were playing their little girl who wants to know each other better before considering anything) so she left.

The majority of the naughty encounters that she does is apparently in the parties. She also realizes that a chick a little cute can easily have fun with almost the guys she wants (anyway even a girl just a bit pretty can easily fuck very hot guys by playing the enterprising slut). She thinks she would be wrong to deprive herself, and I think so too. Her father gave her the following advice: “my daughter, enjoy life, you do not care about the opinion of the others.” She also testifies that most of her friends who play “the saints” girls in front of the guys are actually as naughty as she is (they are just more hypocritical). I had already noticed that, but her speech confirms it.

According to her, we men, are big naive who believe more and more in the charming princess. I also noticed that. Some even prefer to remain in the illusion rather than open their eyes.

We talked about the friendzone too. She confirmed that “yes, there are categories: if a guy is a buddy, I do not plan to sleep with him at all”. After talking almost an hour, we kissed each other. That’s when she warned me that she hated the pussy-licking because it makes her feel bad when one touches her clit. Then she became very wild. She undressed, put me naked rather violently before kneeling in front of me and sucking me. She pumped me in a very powerful way, shaking very fast and squeezing me hard. She also made sucking movements on my cock: I had not often experimented with this method. On the other hand, she absolutely did not want me to guide her head with my hand.

Seeing her playing the domineering bitch like that transcended me. We intertwined, we played to tackle the other against the other, it was horny. Fortunately, moreover, she had less physical strength than me. At one point, I pressed her against my window and fingered her as she tried to turn around to jerk me. Then I took her doggy standing, plated on my table. Her little pussy was tight. She gave the rhythm by moving her ass even if she was in a submissive position… it was she who was fucking me. I was very excited and she was screaming like crazy so I orgasmed in a few minutes.

During this respite, we went to bed, warmed up and she rode. Then I resumed doggy-style until her orgasm… and she asked me to stop because she was not wet anymore after coming. “It’s a shame, don’t you see this beautiful erection?” I told her… so she sucked me again until I came. She was very exciting, both in attitude and physically speaking.

Well, may the God of the Game be with me!

previousDirty talk: a fantasy for many women and men?
nextThe first date with a girl (or a woman)