I picked up a medium 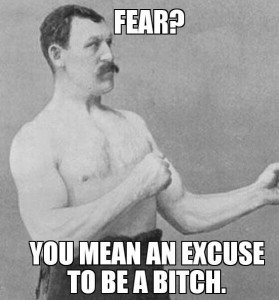 Do you know what the “no kill” is ? It is when the fishermen catch their prey then put back it to the water often because they feel sorry. It is a little what I made yesterday evening. But let’s start from the beginning.

Last Saturday, shooting of clip and photography session. I met a tasty girl : brunette, green eyes, 5ft84 with forms and without any fat. I seduced her, I became the prize and put her in position of qualification “you’re not that tall in reality”, sexual escalation (glances, touches etc.) and everything. In brief she was conquered then I returned her at her home… and in the car, IT happened.

We kissed each other, we lowered seats, she jumped on me, I caressed her, I fingered her, she had an orgasm. I made her pass behind, I put her hand on my cock: nothing to do… I put off my pants, that did not interest her, I took out my tail and put it in her hand, she did nothing. She told me that she adores me and that she wants that I make a commitment and everything. I told her “listen, if you don’t want, we shall do it another time”. This story of commitment, me, that blocks me.

All week long, she spoke to me on FB, on Skype, I patterned her (sexual discussions about 3 channels of preference of the human being: hearing, visual, kinesthetic) and she wrote me that if she didn’t give me more last time it is to not be thought of as an easy girl. Never mind, I said to myself, that it was going to pass on Friday. In France, we neglect too much techniques by wanting to act like gentlemen who seduce only with our personality. It’s a pity.

I had registered her on a parade and the winners could participate to Generation Mannequin (TV show) but her mother formally forbade her to go there because “If you win you will have to go to Paris, you are not ready to live alone, etc.” The fear of the success is really a defect. Having a frustrated, stifling and castrating mother too. She also made me freak out when I watched Spread with Ashton Kutcher and did body-building… well, I didn’t answer to her messages during 3 hours and she became crazy for that. My radar for girls with problems began to ignite.

Yesterday evening, we saw each other. In the parking where I had parked my cyprinemobile, she did not let me leave the car : she jumped on me. We kissed each other, we lowered seats, I caressed her, fingered her… long moment : she came. When I had a walk with her, there are always guys there who looked at her with desire, who made onomatopoeias from their cars (yesterday evening it was “han han han”) and girls who looked at her and felt bad because they are big or small. That it is excellent.

We went to have a drink with Hafid and Padawan, and then, we had planned to go taking a midnight swim in the sea and to fuck in the water but eventually not at all : she wanted to see my kitten. We thus went to my place at first and my kitten refused to be approached by her then I began taking her on the sofa. I have put again her hand on my cock and nothing to do, I took off my pants, that did not interest her, I took out my tail and put it in her the hand, she did nothing. She got up, put back her bra and told me “needs that we speak.
– Are you sure that it is a good moment now?” In brief, I am not going to tell her life here but she is not virgin anymore and does not trust any more in men except that it would unfortunately not be her first time: and she expects commitment from me. I told her that even without making love, she could give me back a little of the pleasure I gave her. She refused and claimed that she was disappointed and felt empty. I would have been able to manipulate her : promising her a relation in order to fuck her then to do not call her back. But seriously, that’s not what I do. I would have agreed to see her again if at least she had shaken me… but in these conditions… who can guarantee me that it will not be the same next time? “I want us to learn to know each other” she told me… “In 2 months we will make love”. That smelt like a dead end for a lousy principle. That it good, I have it too: I do not go into this kind of vicious circles.

Thus, I returned her. On the return trip, she told me being a medium. That she sees souls and that she already was possessed. She was exorcised one year ago but continues to see things. The deaths come asking her for help from time to time… I made her speak but that gave gooseflesh to me this story: I really don’t know what to think about it… about the sixth sense. What she told me is like the testimonies of another one of my friends also “medium”. Creepy. Furthermore, she did not contradict herself, and even if I drove, I didn’t detect signs of lie. Patrick Jane it is not me yet. This discussion has moved us closer a little like an old episode of “Fais-moi peur“.

I returned her at her home, an old COUNCIL HOUSE, there were big riff raff checks in front of the door “hello darling”. In the corridor, we spoke. I understood that she went out only rarely and that her mother would refuse that she sees me again because I am incapable to return her in time. She said to me that she loved me, that I was her soul sister and that she would wait for me. In brief, I calmed her, said to her that she should wait for nobody and make the life, and that if we have to meet again that will be made naturally. Last kiss. Her mother went out as a fury “you had to return my daughter one hour ago”… and she bawled like a crazy but that slid on me like my kitten on the unclean ground of my apartment, she kicked me outside like a shit and I heard her shouting in their appart (somebody spent a nasty quarter of an hour). Meanwhile, I noticed that the madre had saturated my telephone of messages. Not easy to live with that… I am sure that she becomes attached so easily and everything because her life is moronic, maybe even if she invents things it is because she is not occupied somewhere else or to escape from her reality.

Once outside, one of the riff raff came talking to me. I asked him if he knew them, he told me “not really they are solitary” and “you took up her, is she a horse?
– no.
– you licked her apricot?
– no.
– Ah she must be satisfied to have found a sucker like you. Where are you from ? From pays d’Aix ? Venelles?
– yes I think she is happy, yes Venelles. You’re nice but it is late, I have to go.” I left. The life she has in these COUNCIL HOUSES and all this made me think about my own condition.

On the way back, I admit I paid a small tear. I felt sick for her in fact. That had to be the empathy and the disappointment or the relief. She reminded me the girl who put her teddy bear between us so that I don’t kiss her (eyes, nose) with whom had there a big potential of love story and with whom that came to a sudden end. In brief I lived again all the frustration from which Game was supposed to set me free. It is to this kind of risks that we expose ourselves when we make exceptions to our rules (I should never have agreed to go picking her up in her godforsaken place).

I knew that it was not a girl with whom I could have a story then why letting her believe? Just to fuck her ? No, I would have been a jerk. Certain girls like the dramas, the complicated stories and everything. Being extricated with difficulty from two relations with such girls, I know that it is better to put a stop. Sometimes has signs there saying that it would have been necessary not to go there. There it is because I had been fallen by a muck and because my calf had swelled. No night > bad night ?

At present, she sends me text messages and her mother rots my INBOX Facebook with threats and bans to see her again “Hello, further to your behavior of this night, I ask you to remove the 2 FB accounts of my daughter of your friends’ list without forgetting Skype. I do not want than you got in touch with her by any means whatsoever: FB, SKYPES nor TEXTS! I thought that I could trust you… I regret! Well why writing a book and having a blog about the relation man/woman if you don’t know how to apply it! Not surprising that you fall only on small floozies! You had some gold between hands and you did not know how to keep it. You will keep of her a professional memory and nothing else. PS : If I ask you to have no more contacts with her, it is for her own good and do not try to tell her that you were an idiot and that you want a second chance. By being grown-up, I know these fine words which are even easier for a writer ! This second chance, you had it yesterday and you did not know how to seize it. Now, it is too late ! Thanks you !!” It drove her crazy that I didn’t answer.

Otherwise, this night, I had a night-ejaculation. May the God of the Game be with you !

PS : did I speak to you about the girl that I fuck at work? In fact I approached her on FB and she has a summer job at the bank below my office. Then, here we are, we fucked in the elevator, in the 4th (deserted floor) and she sucked me in the garage.

previousPicking up on the Internet, just like street pick up, it is really something for loosers
nextI find these summer evenings very poetic… naked poetry