I put it in her ass by mistake 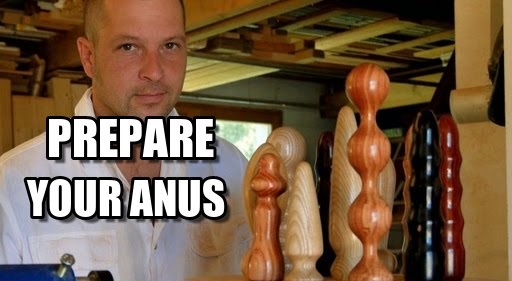 On Wednesday evening, my parents who had come to visit me in Lyon returned to Aix. They both really stressed me. When I lived with them (or not far from them), I did not realize that they were so excited… but then, after not seeing them for more than a month, it was hard : chest pain was back… well, fortunately I have my little personal doctor who watches so I know I do not have heart disease. I still fuck her, this cardiologist: yesterday 6 orgasms, she could not stand up at the end (because yes we fuck standing now is the new fashion).

The day before yesterday, I had invited a 27 year old girl, an accountant in one of the Big Four. It seems that there they cannot even go to FB/Adopte/Youtube in her office (there’s a protection that block these sites and a guy who is paid to check the Internet history)… Finally, I’m not so bad where I am with my boss very bad with computers!

Once there, she asked me for the elevator code. Understand, there is no code, it is a very basic lift! Fuck, I guess she was VERY stressed, poor girl…

It is a small blonde, dressed very classy, who took off her shoes as soon as she entered my house. I immediately felt the maniac girl (at the same time the profession of accountant makes people crazy it’s a good thing that I was already crazy before doing this job)! I offered her a glass of wine to relax her, she ingested three. I drank an infusion that made me want to piss. I have 5 kilos to lose so in the evening for me it is “healthy soup and infusion”.

So I took her doggy style and there she told me “ahhhh I will not be able to resist for a long time
– Because you refrain yourself from coming? Why ?
– I dunno.” Fuck, but this kind of contradiction is really typical of the chicks. So I continued to take her hard.

And then she finally come after 2 minutes of doggy and fucking ejected me out: I was expelled from the little pussy. “Sorry…”

Then I wanted to finish quietly but she was too sensitive and did not let me come in again. She told me it hurt. And we had to wait. After 10 minutes, she asked me to warm her again to finish.

So I executed (not with a bullet in my head) then I found a hole and inserted my dick. She started screaming. She got up and got dressed without saying a word except for insulting me… I asked her what was going on and everything and she ended up confessing to me, after an unbearable suspense, that I had just sodomized her and she hated it.

I calmed her a little, telling her I had not done it on purpose (that is the truth). At first she did not believe me but she ended up relaxing. She came back on the bed with me (all dressed). I kissed her. I asked her to jerk me off to finish: she looked annoyed just like if I was asking a huge favor but ended up doing it.

I saw the moment when she was going to leave without even having kissed me or make me come. Fucking selfish! In life, it’s like that: you ask you get most of the time, you do not ask anything, you’re going to get nothing (even if you made the girl enjoy just before)!

I had a good orgasm even though she did not bother to suck me (which I think would have been the least of the politeness) and then she washed her hands. And she left right after, around 11pm.

An hour later, while I was watching Breaking Bad, I received a message of apology. Then two. Nonsense stuff like “I hope you are not mad at me…” Then the next morning, another one. Basically, she was chuckling, apologizing for leaving “like a thief”, wondering if I would like to see her again, and so on. That’s fine, but why did you not think about it before, girl?

I do not really want to see her again… especially if it’s for her to do it again, seriously. They are too accustomed to sex-starving men who tolerate everything just to get into a pussy. You have to train these little pussies, it’s like a Mewtwo level 70 if you do not have the badge of the league Pokemon: if it does not respect you, it allows itself anything! I think if each guy was a little more alpha with the babes he fucks, that kind of behavior would disappear.

What she did. A KC and a deciding pass to my buddy who so also KCed her. We chatted and she was supposedly ready for the 3some. I took her number because she wanted to “have a drink” with her roommates before and so she wanted that we go back looking for her later. It smelled a bit like a fucking plan like “the girl who makes you wait all night and then gets cold feet and goes home to touch herself instead of having sex” (classic scenario of comfort zone – but total lack of respect… but well if the girls respected us we would have noticed it).

So finally, we left this bar without waiting for her, and we went to a bar that is so heated that it looks like a sauna… and we did not fuck her. We did not even go talking to her before we left, we were too busy aproaching babes with “do you have the fantasy of the unknown man?”. The next day around noon, she sent me a text message asking me why we did not come back for her as planned. I told her the truth… that she had missed her chance and that she should have been more responsive.

The next day, I proposed her to fuck her at 9pm and she replied around 3am “I fell asleep sorry another time”. Since then, she only sends me shitty texts : she calms the game… so I troll her for fun. She will gently touch herself because I do not like big mouths that have nothing in the pants in fact. To deserve my magic tongue and dick, you must be a tigress, not a little pussy! Seriously, they find it inadmissible when I openly make fun of them, but I think most coconuts deserve it! And know that I’m not even a macho…!

See ya ! I’m going back to work on my balance sheets, to flirt with the new cabinet secretary (dangerous game) and to write my ebook that will teach you how to fuck like gods!