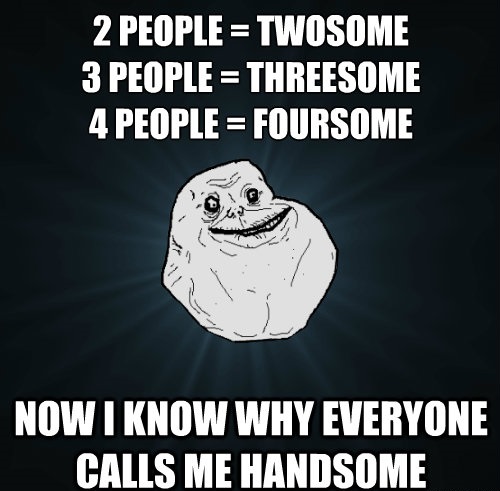 I had sent a message just for fun to the blonde cutie I had fucked last Sunday “have you already kissed a girl?
– yes, a friend, to turn a boy on, why?
– and did you like it? I have a girlfriend in the same position
– it was just for fun in fact! Does she ask questions about her own sexuality?
– no, she asks no questions, but she would like to kiss you, in front of me
– send me her photo :)
– [send pictures]
– I’m thinking about it”

For almost a week, she thought about it, she told me stuff like “it would turn you on ?so it’s up to you to convince me, I never did that before
– she neither, but she thirsts for new experiences!
– I’m sceptical
– OK! Friday ?
– I have something planned this day, I’ll see if I can postpone :)”

The Teacher was the second piece of the puzzle. But in fact: she started a diet sold by one of the coaches of her gym, a shitty thing. A miracle potion: supposedly you dilute it in water and you eat only this shit during one week and you lose weight fast. She felt very bad from Wednesday, she became a real pain in the ass, kinda depressive… and there, on Friday, she nearly canceled at the last moment. But she came anyway. I was really afraid to jump from the threesome to the onesome: it would have been an intensive review of the five table that I already know by heart.

I greeted her in my suit because I did not have time to change. In fact, I had an interview for another job just before, so I kept my suit on, hoping to get them wet. The blonde joined us 20 minutes later, she was late, but it’s not important. I had bought wine but they both wanted a glass of water. We talked a bit but I was nervous, I admit, I said a lot of shit: I would have deserved to be slapped. The sexual tension was palpable but it was still unspoken. So, at one point, I took the hand of one, the hand of the other, no resistance : compliance tests validated!

I then proposed a strip – card game. We played a version “take off some clothes when you lose”. At the end of the game, the most dressed was the blonde in underwear, the teacher had only her shorty and me my underwear. We then played another card game but with wages this time. We noted the wages on a paper with a number… and when we won, we randomly chose a number and a person.

So I had to masturbate in front of the girls, twice, for a minute. That excited them, these naughty girls. We also had wages like “you are an object we can do what we want with you” and it fell on the two chicks, one after the other. I pushed them a bit to kiss… I fingered them and then I took the hand of a girl to put it in the wet pussy of the other. I also lost my underpants in these little games. We also kissed all together. At one point, a pledge got out of control and it really started, it went really wild. What was foreseeable and expected, I will not be hypocrite.

I licked one while the other sucked me and was fingered by the another one, and so on. I gave an orgasm to the blonde by licking/fingering her (she was covered by an electric shock she tried to hide it was fun) then I locked the teacher up while the blonde was concentrating to lick the first pussy of her life and, by force of determination, she made the brunette come (she is a hard to enjoy, this teacher).

At the end, the teacher isolated herself from the group and started pouting. Too bad, I wanted to come on her tits. The blonde finished me and, at the moment of my orgasm, I called her « Marion » and it made her laugh that I said a wrong name… I was really knocked out. After having enjoyed, my ears began to whistle! It was really strong! When they left, the blonde kissed me on the mouth and the brunette avoided me. I did not understand.

Once at home, she sent me “it was the last time we saw each other”. I had a little dug: in fact she had persuaded herself that the blonde was hotter and more gifted than her in bed (the effects of her shitty regime, I guess). I was watching We Are Your Friends at this moment and I said to myself that the actress still had a duck face duck but she is still very sexual and I would fuck her with great pleasure!

I also sent a message to the blonde, she was enthusiastic, she, on the other hand, “it was good, I did not think I could like it, especially with another girl …;)” In fact the teacher has already been in a relationship with a chick a few years ago, so she already had notions of female anatomy… but not the blonde. She did it very well. She said she found the brunette “superbly made”. It’s really weird that the teacher got crazy like this…

In the evening, the teacher left me alone at my place and I was emptied. I have nevertheless found motivation to go out, I do not know how, with this polar weather, with this fatigue. I did not even want to fuck another girl, seriously, I had enough, but I wanted to see my friends! I was also thinking about Virginie, saying to myself that she is still downright less a pain in the ass than the teacher.

Two notable things during the night : Chromosome Y became a man. He fucked a girl into the toilet of an Australian bar. A perfect example of fast seduction, I am very proud of it! All these coaching efforts for such a beautiful result in only two months, fuck I am happy! She was a girl from Montpellier, so she was able to let herself go with impunity! I am also proud of the Nice Giant who currently keeps the same speed of 1FC/month whereas before he was almost virgin. As for McBoules (the Roselmack look-alike), he certainly has results recently, but the most impressive is that he developed an impressive sexual presence, nothing to do with early September, when he did not get anything. The second funny thing is that I asked for a glass of water at the bar and then put the ice cubes on the head of a set of girls and shouted “snow is in the air!” So I validated my asshole status, I did not do so for a while!

Seriously, the more I understand chicks and the more I want to tell them “it’s ridiculous what you do stop playing the princess I know very well what is hidden behind and why you do that” but I do not have the patience to explain to them why they do wrong shit. In short, they do not assume anything, are totally conditioned, waste their life, and so on.

All this is manifested in their incoherent behavior which does not make them happy but which makes them proud of being frustrated. They do not really see where is their interest in fact… I think especially of those stupid chicks who sometimes ask me “there are some chicks falling into your trap?” Seriously, what trap ?! The babes rarely enjoy as much as when they fuck with me. If this is a trap… I swear, it would be discouraging… besides, I am getting a little discouraged recently. Still 14 FC and I will maybe stop everything!

I hope that the Christmas NPU truce will make me feel better, I would like to find my modjo, the last time I lost it I found it in the bottom of a glass of beer but as I do not drink alcohol anymore, it is not easy… I sometimes prefer to stay in my warm home, getting hotties a bit more clever than average who want my cock delivered, rather going out.

May the God of the Game do not put it in my ass!

previousThe estate agent that visited my bed
nextWhat is love in reality?