If these chicks were guys, they wouldn’t have sex 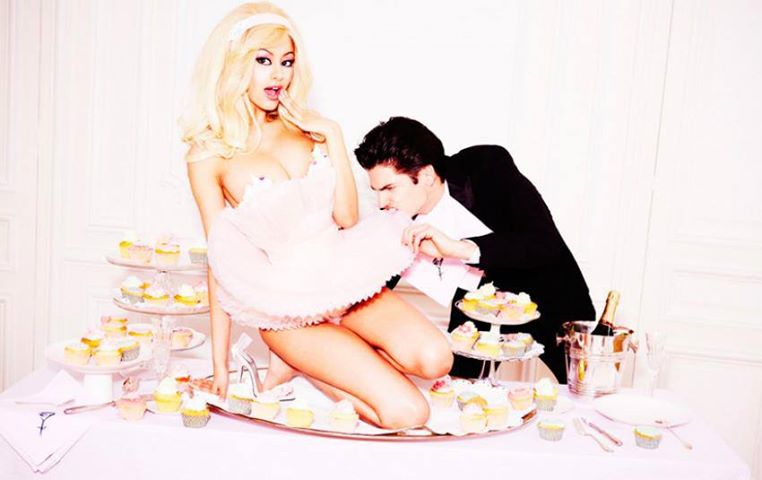 On Monday evening, I received a message on Adopteunmec, coming from a girl who had read my description and wanted to meet me: « Finally a good description… I appreciate your point of view and I can even tell you that I read your entire profile ;) relevant »

She does not live in Lyon but in the countryside outside the city (about 20km).

“I hate engulfing in Lyon but I can eventually make an effort for you
– You will be rewarded then if you like massages or wine
– And if I like both of them? ;
– When would you be ready to come?”
– When you have a niche, I will manage with my schedule.”

Everything was done very quickly, and that’s cool. We agreed to meet up at my place last night around 8:30 pm.

That same day, I believed in a flake: “I slept badly… long live coffee: D
– are you still coming tonight, miss Caffeine?
– Of course I’m coming, I have only one word ;)”

At that time, she really pleased me. It changes from those chicks that procrastinate. I know what happens in the head of these chicks: it excites them in theory but in practice the stress goes up then they get cold feet. It is a shame to do not be able to master and to show so much cowardice. I stumbled upon two like this in a week. One came talking to me to invite me for sex in the week and then, on the appointed day, desappeared of the dating site. Another drew me, we agreed to see each other tonight in a public place before going home so she can see that I am not an old mustache. She really insisted on the public place and I said OK. But last night she sent me a crazy story « yeah I aborted a few months ago and my ex that I dumbed for it came to see me in college today it has moved me I’m lost I’ll spend a few days with my family so we won’t meet up I’m sorry ». Fortunately I don’t take them too seriously before I am sure. In short, I do not give a fuck, I leave them with their demons, I have enough problems with mine. I tell myself that they will come back the day they’ll know what they want (that is to say, probably never)!

So, the reliable girl came wih her car and I did not even cook something. I offered her a simple glass of this wine that I had bought this weekend. She had a low neckline that I stared at openly, pretending to read what was written on her t-shirt. It was written “SURF” but she does not surf. Her thing is fitness. She left her guy in May, a 35 years old dude whereas she is 22, who was apparently her trainer in pastry. She has not done much sexually since that day and that’s why she needed a PUA.

After 5-10 minutes of conversation, while sh was still drinking this divine brew, I positioned myself behind her, while continuing the conversation just like if nothing had happened. I stuck to her, caressed her neck, her breasts, went under her t-shirt. Then I subitly stopped and sat down in front of her, talking to her normally. When she took an outrageous start, I told her that her shyness was cute and that I am shy too… but she did not believe me. Yet it is the case! Just no more sexually thanks to a personal development work !!! In short, we laughed regularly because of my bad faith.

I undressed her (I put her in string/bra) and told her to adopt the position of massage while kissing her belly and going down. It ended with a pussy licking, this story. By finally zaping the step of the massage.

After a moment, her vagina and her stomach (I had a hand on both) were spasmed and contracted… then she breathed a long sigh. To test the ground I said, “Are you going to come soon?
– you lost me…” Usually chicks answer “but I just did ?!”

So, I persevered but it did not make her feel anything any more. I did not understand. I went to massage her, to rest my tongue, then I took this opportunity to undress her completely and licked her again. This time I was at the foot of the bed but lying between her legs. It was nicer except that I almost toppled the pot of massage oil with my feet.

After a moment she made the same thing : big contraction, a long sigh, caught my head. I said “FUCK BUT WHY DON’T YOU JUST RELAX AND COME”. It made her burst out laughing.

I asked her to explain what was so funny. After saying “you”, she developped : it was the second time she enjoyed, “when I say that you lost me, it is in the good sense of the term…” Fucking expression !

Then she shook me and I fucked her. She almost orgasmed again and I could have held back my ejaculation but I did not give a shit and I was tired so I finished in about ten minutes. We just made the amazone position, the lotus and the missionary with the legs up. I thanked her for having entrusted me with her so firm breasts and her hot buttocks… we are not savages. In addition, she had pretty little nipples it was very pleasant, I played with all the evening long.

We connected together on Adopte before she left and I showed her the messages of the other girls who write me more or less sexual stuff and everything then who do not assume. Or those who super match with me (send me a super like) but do not send a message. Fuck, if these chicks were guys, they would not have sex… She said to me: “You have to know what you want in life. I knew what I wanted tonight. And I got it.”

Last anecdote: she is very hot even if she is a pastry cook. And when I told her “I fucking gotta lose 3kg of fat”… she made fun of me. She told me that I should rather take 7kg, but muscle. Like what, everything is a matter of point of view.

May the God of the Game be with us all!

previousSexualization and kinesthetic escalation (kinos)
nextHow to react in case of rejection ?