If you want to know if you are fuckable, try to flirt with a gay… 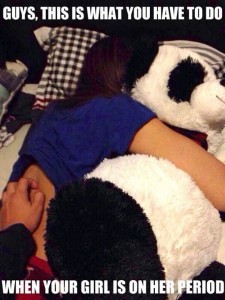 Well, I summarize fast made the weekend because I am sleepy.

Thursday evening : date with a girl I had poked. The valedictorian of Science Po apparently… the so-called young political hope 2013 of my ass. The kind of princess you want to ejaculate in her mouth. The kind of small rotten whore from Aix spoiled by her parents who shows off. Not grave, she has just left her guy and wants to fuck… so, a scandalous writer, that turns her on ! She could stay only one hour on Thursday evening, so much the better, I was then able to go body-building after the date.

Friday evening : I saw her again. We began drinking mojitos. I asked her questions like “How many partners did you have? 7
– When was last time you masturbated? yesterday in my bed
– How would you rate yourself in bed and in oral sex? 7 and 8
– etc etc. Just to continue to warm her, I established another game : We could get closer and everything but not kiss each other. Then, buddies of her joined us… Well. One of them is in love with her, like Bob the AFC, that smelt not good…

At around 2am, the guy in love (thus jealous person) pretended that he felt sick and they left together. Apparently, they did not fuck but well I had warmed her just in time then it is always tiresome that another one takes advantage of it… but on the other hand, it is some waste! What is the worst ?

Saturday : I have poked quite a lot of chicks during the day then we went out at night with Padawan. Opener : “you’re cute but are you good in bed?” I took three FB with this technique, one really hot in the street and the two in a bar. I sent a message to the hottie (the others, it was for sport)… nice, sounds good ! I also told a girl who had crossed my look in the street “you don’t stop looking at me ?” then we talked and I took her FB. I tried a crash&burn, just saying “frenchkiss?” but that did not really work except with one cougar who pissed me off afterward.

To finish, an anecdote: a girl who looked offended, she explained to me that a guy did not want of her because she is the ex of the buddy of this guy and complained “one never say no to me, I’m always rated between 5 and 8… how hot do your think I am, you ?
– 7! and you, Padawan ?
– 6!
– and would you fuck with me? Knowing that if you pay me a drink I kiss you…
– No thanks you !” She was offended… it is not that she was ugly or anything but I don’t like this mentality, then I punish !

Otherwise, we met an inhabitant of Nice and her sister. I wanted that Padawan bang the sister but nothing to do there, even when I took away the brother. Not grave, there are worse things in life.

Last thing, both silly bitches to whom we had sent blacks contacted me again. The poor girls wanted that I come in a party at their home. They really have no common sense it is disconcerting. I will ask them naked pictures and talk them in a trash way.

previousTranslation : Ross Jeffries, How to get the women you desire into bed…
nextWe played to a game : the strip-not-yes-not-no