In lack of lustful transgressions 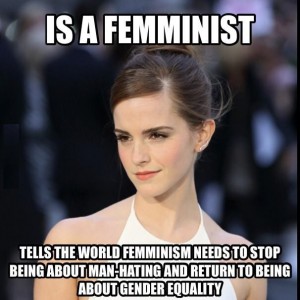 “ I approached your sex. I liked pretending to suck you but I preferred kissing your pubis a small moment, I went back up towards your dick-head to deposit my lips, there slowly, taking advantage of the heat of your sex. Then I took care of all its length by licking it from top to bottom before stopping in front of the frenulum and finally took it in my mouth. I made round trips while licking your frenulum in the inside by masturbating you with my hand at the same time, I really appreciated the sensation of hardness in my mouth.” It is the message that a girl sent me on Adopt. True story. I had a tumescent pleasure (for the illiterates who don’t know the word it means “inflates”) while reading it. On the other hand, I don’t know what she meant by “licking my frenulum in the inside” ?!

As a result, in lack of lustful transgressions, I invited her to my place in the afternoon. I was entitled to some tests that I overcame as follows :

– She says I’m a “Don Juan” : I don’t know if I am Don Juan or not… Anyway, I don’t like the word. I prefer to think of myself as a feminist who fights for the sexual freedom of women! The term Don Juan is too often negatively used by women while I fight so that those same women are freed from this fucking social pressure, and can have fun… and so that the guys learn how to accept it and how to take advantage of it instead of saying they are whores! Now I do not see myself as a Don Juan because I don’t think I’m special, I am just a guy with maybe more nerve that the average dude, who moves his ass and enough became a philosopher to don’t care about rejections…

– She says that I am a guy who accumulates the “evening conquests (one night stands)” : One more time, I have to rebel! No one said that they were evening conquests ? I make every effort to sleep with girls during the first date yes… then 90 % of time we see again each other (because they insist and I am not against the idea or because I really liked the moment and I really want to see them again). And then, I do not make conquests only in the evening, in the afternoon too!

I have no recollection of any girl who directly came to my place but did not sleep with me! The real challenge, it is to make them come to my place directly or to go to their place directly! Most are not enough adventurer, want to have fun but are afraid, do not want to be thought of as easy girls, etc. The paradox, is that those who make the effort to come to see me (risk-taking)… then, it is often them who suggest meeting again (reward).

Yes, we can say that most of the girls are prudish, but finally not that much because as I told you, when I slept with them, they often show their real face ! Unfortunately, they often want to go have a drink in a bar before having sex, I find it boring. If I did so, I would certainly sleep with more girls, but finally it is not really what I’m looking for! Rather to live nice adventures with a dose of surprise, and with absolutely no headache. And I take advantage of it to make a sorting: the pains in the ass, tight-ass, profiteers, the girls with problems… will never take the plunge.

– She talks about drinking alcohol before having sex: I think that alcohol (I mean more than one or two glass of wine) damages the performances and prevents from really enjoying (the girl & the guy). It would be a shame all the same!.

– I invite her to come over and have sex and she tells me “Ah well but it’s strange : you have not even seen me IRL?” : I saw pictures of you but if really you want to be reassured about that, you can add me on FB… but your mindset lets me think that we are going to get on at every level.

And the life lesson is ? The morality it is simply that, to get laid, it is not a question of being handsome (she told me that I was not her type of guy but that well she liked my way of writing) nor of having skills of seduction nor a status or whatever. No, the attraction between men and women is almost always underlying in every interaction. What prevents us from really satisfy inner needs and everything, it is the social pressure. The social pressure (including the fear of the girls to don’t be up to it), it is 90 % of the problem of the PUA. Indeed, the girls do not want to be pointed as an undocumented black migrant would be it in a private and bourgeois high school. Let’s meditate together on that, brothers.

It’s a girl-boy, she speaks about sex and feels at ease with her sexuality just like a guy. For example, I told her “I am going to fuck your mouth if you continue” and she answered “you I am going to swallow your cock if you piss me off “. Excellent ! One more freed girl coming from a school of professional wankers art (a graphics thing). She shouts like a crazy as soon as one touches her, she thus has a hypersensitive sexuality. Good for her.

Tremble (like the hands of a drug-seeking junkie), I am creating an army of compulsive fuckers!!! Mastering the ancestral art that is the doggy style, being able to come whenever wherever like Shakira, their cunnis are as good as cream puff pastries filled with chocolate. Totally hermetic in the moods on the pillow while wearing Calvin Klein silk underwear : I will only be satisfied when one of my soldiers will have succeeded in making out with Marion Maréchal-Lepen ! Lets’ attack !!!

previousTell me, didn’t we sleep together last week?
nextAfter making love, she wanted me to estimate her performance (/20)