In short, I fucked without condom 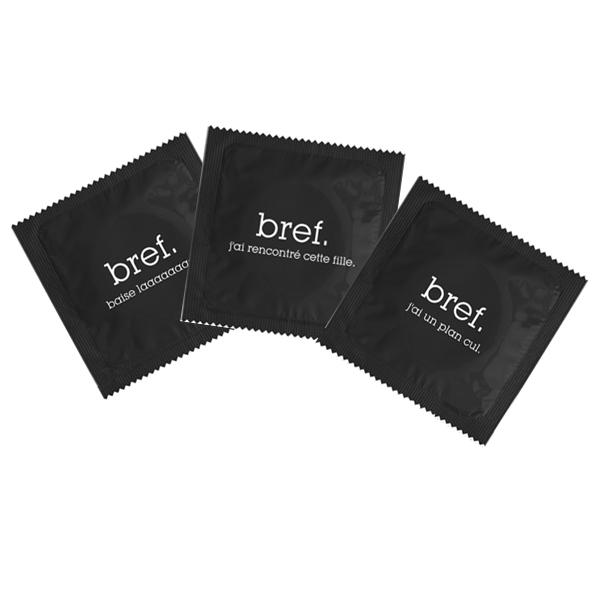 The cohabitation that went wrong

I’m writing here but there’s still Virginie home. Except that she pisses me off, you see. This is my emotional purging. Just like the overflow of the washbasin.

She started by criticizing me because I’m snoring. Understand: I snore a few times but I’m not a big snorer. I slept with enough chicks and friends to find out. But according to her : I snore too loud at night, and it is unbearable. She therefore feels compelled to go sleeping on the floor in the bathroom (is it logical or a weird idea?) In addition: there she sleeps badly, has back pain in the morning so is irritable and talks to me in a bad way. On the other hand, if I reply something, she bursts into tears.

It’s tiring me because :

1) I’m helping her. Even if it makes me happy I would have preferred starting with ONE week but she insisted on coming TWO weeks “it’s everything or nothing,” she declared.

2) I feed, accomodate, pays her restaurants, cinemas, bus tickets, etc. I pointed out this fact, but she just said “my mother gave me €100 for the month so I can not participate.” Seriously. And she does not find it not normal that her mother gave her only €100. Fuck, the mom is still in charge, Virginie is a student (and brilliant) !!!

3) I feel guilty because, sometimes nervousness made me say things I regret.

In short, the morning I can not take a shower, comb my hair nor even go to the toilet because she sleeps. So I have to piss in my kitchen sink. Yucky!

Tuesday I tried to make an effort to calm the situation but it was not enough. I even peed in the sink because I was again entitled to a crisis until 1am (she had locked herself in the bathroom, where are the toilet, of course). The solution according to her, that I sleep in the bathroom even if I work the next day and that to not wake her up, I have lunch sitting on the toilet. Yes, yes, she really offered me this solution. When I said it was an stupid idea, she  went crazy “SO YOU’RE SAYING I’M STUPID ??? “

I objected that if she really wanted to sleep, she would sleep the day even if a train passed. But no, it’s impossible for her to sleep during the day, period. Deal with it, Fab.

At noon yesterday (Wednesday), after having no news from her, I sent her a text message to see if she wanted us to lunch together. Answer: “I already ate.” It was too much, I feel that she wants war! And even when I hold out my hand, she bites. I have a lot of stress at work but when I’m back home, it’s even worse, for some days. Does she try to attract my attention because I’m too busy with work for her taste (she is on holiday)?

Last night I decided to pay her a night at the hotel to be quiet, so she can sleep without having back pain and that she can think. Besides, I should have charged her (€39): I’m not her father. And I’m tired of paying for everything, for in return, that she sulks. But hey, I’m too nice and gallant, it’s not new… so I paid (some will say « sucker »).

And I always hope that she takes into account my comments and we can finish this cohabitation in a pleasant way. There is still one week to go. It is possible if everyone pitches in! And, after that, I will see I still want to continue to see her… Besides, if she understood what I told her, she will propose to reimburse me or will invite me in a restaurant .

On ther other hand, if she does the same thing again soon, I’ll see myself forced to kick her out. Yet I am attached and everything, but it’s just unbearable. Yesterday, I had a heavy heart from seeing her taking the direction of the hotel. I also gotta work on myself, I know I have flaws and everything, but I think that since I’m helping her for 15 days… she still must make a little more effort than me. I may be wrong, according to the female logic.

The game of the day

Since I was a little angry and everything, I decided that instead of moping and asking myself one thousand questions all night, I would rather invite a girl and fuck her. I felt I needed to clear my head and something else. It was a chance : I had one in my viewfinder of sexual American Sniper. Here is the conversation on Adopteunmec :

SHE: Good evening,
I do not know what to tell you, in fact; I just wanted to send you a message, then I’m done :)

ME: Cool.
If one day you just wanna undress me or make me kisses on the abs… do the same thing :)

SHE: Haha! of course.
Interesting your profile; it is rare to come across a description without a misspelling, well done!

ME: A shower together or a naked massage

SHE: Yeah a massage, it can always be negotiated!

ME: Did you not find me too direct?

ELLE: Direct, certainly. Too much, I do not think so.

ME: Thank you darling. Cool but then you also will be naked. There’s nothing like skin-against skin feeling to relax !!!

SHE: I am near Monplaisir
For massage, the problem is that I’m a little bit A DICK haha

ME: haha no the dick that’s me;)
if you want I’ll give you a first massage then guide you
Monplaisir ? it is a sign lol
What are you doing tonight?

SHE: Okay, at your peril haha
Nothing planned

ME: We could meet up at what time?

ELLE: At your place I mean

ME: My place around 9pm?

ELLE: If it suits you

In fact she arrived around 10:30pm, this slut. So late that I thought she had flaked. I was also about to write her a virulent message when it rang. The problem is that I’m supposed to be trying to convert myself to the philosophy of Buddhism and meditation: understanding, compassion, forgiveness, tolerance, etc. But I still can not detach myself from my negative emotions and am sometimes too impulsive! I am working on myself and read a lot of books about it.

Well. So I opened my door to a tall Métis. White traits, beautiful, hot, pretty refined glasses, dark skin. I could describe her as follows “a coffee with lots of milk, please!” She was talking very slowly, it smelled like the good tranquility of the Caribbean. It has its charm! With her aerodynamic haircut composed of soft hair, she works in a drugstore : she therefore sells condoms, tampons and viagra.

We sat down on my bed. She asked for a glass of water without GHB. We just talked for about 15 minutes, then I stroked her back. She shuddered. So I started caressing her everywhere, and she had her hand on my dick as a response. From there, it was good!

I went in underwater mode under her clothes, I fondled her breasts, clit and have fingered her. She started to make noise like crazy. Another hypersensitive black girl! For the record, I had already fucked a black and it was the same. Some white are also hypersexual but let’s say “statistically” (regarding my experience anyway) this is rare among white and more common in black. Thanks to her, I had probably traumatized my neighbors and/or made my neighbors want me, last night!

In short, then I undressed, licked her, etc. She came. The walls trembled because of her cries. Then I got up to take off my shirt and there… turnaround. She grabbed the flight, kissed my belly, opened my pants and everything. I thought she was going to suck me but no. She switched me on the bed and came over me. I wished she suck me though, fuck.

Instead, she was deceitful: she started to rub. Then more and more closely. Then sank on me. Without condom. I told her to stop and everything… to put on on a condom, she replied “yes” but continued. On the other hand it was really good! I knew I fell back into my old suicidal habits, but… carpe diem!

In short, I fucked without a condom. I asked her if she was taking the pill : she said yes. I then asked her if she had done tests “Yes three weeks ago and I have nothing.” WELL IT’S A GOOD POINT!

The thing is, since she may very well have fucked without a condom in the meantime. It’s long, 3 weeks in the life of a nymphomaniac! And if she proceeds like that with all the guys, I can be afraid. Especially that my Virginie, I also fuck her without condom. And she was the only one so far. I do not know what I’ll tell her to do not do it with her now. I feel a little dirty, as irresponsible. I can not decently fuck her again without condom before having a test.

Anyway, after that I caressed her again and she orgasmed again. The fact she was a really hot black girl complexed me a little bit. I thought, “maybe she is used to fuck with blacks with a huge cock and everything.” Let’s say it’s like football, the blacks are more athletic and the whites more technical! Just like Griezmann!

Btw, at one point I saw she had kept her socks during sex. One blue and one pink. Lol.

At midnight, she was in a hurry to catch the last train. It’s easy, Lyon, to kick out girls and take advantage of the urgency to take pictures while they’re getting dressed! ;)

1) Regarding AIDS, I do not think the risk is huge. Nothing justifies the heavy 4-week treatment starting within 48 hours after a risk the doctor said I should take. Anyway, in my situation. So: on September 10, I’ll take a fucking test with fingers crossed. I think I will take this opportunity to make a complete check-up, too. It’s been over one year since I have not done it. In fact, it would be good that I no longer think too much about it meanwhile, it is useless anyway: it’s done it’s done.

2) I found a LAIR that looks nice in Lyon. They describe themselves as beginners but look cool. This is by far the more important thing to me. I propose an exchange “their knowledge of bars and city against my knowledge of direct game.” With possible budding friendship. After all, everyone has a human side to bring to others. There’s not only the game in life!

The only thing that bothers me is that they fawn Nicolas Dolteau… while I find he looks gay and I also find he gives very basic advice… but hey, it’s not the worst either. The worst is Selim, I guess, he only serves to rotate his money machine. Moreover, on his blog, he has dared to write in a moment of honesty, “yes, gone are the days of laughter and songs but I’m not paid to discuss (well in fact a little bit, but with customers, sorry, fans …) I am willing to absorb tens thousands of fan’s notifications for my business, but only one off topic makes me really angry. “

Well, courage! May the God of the Game be with you!