Understanding sexual strategies of both sexes 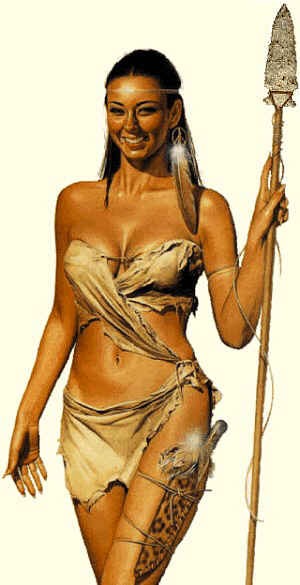 This ebook is a book about popularization of evolutionary psychology… applied to seduction.

The Evopsy (evolutionary psychology) is the study of the biological origin of our behavior and its inviolability. In other words, the principles discussed here will continue to show their validity for several centuries.

We will also explain the behavior of men and women that we see every day (sometimes by judging it illogical) so that we can understand and accept everybody (ourselves and others). It’ll decomplex you!

Too many people believe that the opposite sex thinks the same way and search the same thing. But it’s wrong ! Men and women have evolved somewhat differently and it explains the differences of behavior and expression of social pressure, still today.

In fact, almost all our romantic behavior find an explanation when you know Evopsy. The day I discovered this discipline, I got passionate about it. And it played a big role in the fact that I became a Pick Up Artist. When you’ve got on what is based the game, you do not need to learn by heart anymore : you understand why and how.

It’s only by understanding why and how sexual strategies of both sexes are in place that we can decide the best of ours. By seeing the game of the opponent and by having all the cards, we can make better decisions to win the game. In other words, knowing the women’s (and men’s) selection criteria and introducing as the he (or she) who meets them is probably the most effective way to seduce. For a sexual partner or for a romantic partner, the levers that need to be activated come straight from prehistory!

All those who have questions about gender relations have a lot to learn from this discipline. So I will explain the concepts of the game (the underground science of seduction), basing myself on the results of experiments conducted by evolutionary psychology researchers.

For example, David Buss in 1997 conducted the following experiment:

He asked men to ask this question to unknown “Hello it’s been a few days I noticed you and I find you very attractive. Would you like to sleep with me ?”

The result ? You can imagine. Almost EVERY women answered “no” and some with indignation. Yet it was politely asked!

Then he asked women to ask this question to strangers: “Hello it’s been a few days I noticed you and I find you very attractive. Would you like to sleep with me ?”

The result ? 75% of men agreed. It probably won’t surprise you but you all the same wonder why it works like that in life. We will analyze, of  course, behind these diametrically opposed reactions, what gives the sexual power to women.

Terri Fisher, professor in the department of psychology at Ohio University, interviewed 293 people about their habits, including sexual ones. Some had to respond anonymously to a questionnaire, while others thought to be connected to a lie detector, which in reality was not working.

Respondents answered honestly to almost every question. But when it came to indicate the number of partners with whom they had sex, the results were different depending on the conditions under which those surveyed were asked.

When questioned and connected to what they thought was a lie detector, men reported fewer partners than others (those who were not connected to the fake detector) while the women admit more partners ! “Men and women have different responses about their sexual behavior when they should be honest,” concluded the researcher.

So when they answer anonymously, men tended to increase the number of their conquests, and women to lower this number. “There is something unique about sexuality that leads people to really worry about matching the stereotypes of their gender,” says Terri Fisher. “Sexuality seems to be the only subject that make people feel so worried,” says the professor.

Through this book, you will understand also why, when questioned, men tend to inflate the number of sexual partners they had and women to minimize it.

Besides, this book concerns men as well as women, and is therefore available to both sexes. I put a point of honor to give advice to both genders in this book. After all, what would we be without each other?

For a taste of the content, I invite you to browse the titles in the table of contents. Above all, I advise you to put aside your prejudices, to put aside your values and modesty, because what the follows can not only disturb politically correct people and sheep, but even people “well-mannered” people.