Is it a good idea to demonize the seducers in the media? 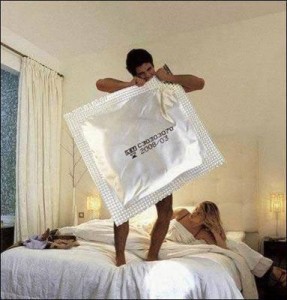 “The pick-up? The sex? These are really humiliating practices!!! We must actively denounce them! A man who assumes that he wants to fuck? This is unacceptable ! If you try to pick a girl up = you are an asshole, I next you. ” (and he probably has AIDS)

This is the kind of speech that some chicks have. And one cannot totally blame them, unfortunately. The thing is, there’s “weirdo” and “player”. Avoid amalgams in seduction, like in politics. And think on the false draconian solutions that are digging an even deeper gap between men and women. (put a condom)

Some days ago, I approached chicks with a flirty apprentice coming from Ivory Coast. This yuppie, polite and respectful of women, absolutely not deserve to be associated to individuals appearing in some videos that traumatized chicks make circulate on the net to make the gender relations become even more difficult than they currently are. Again recently, a report on channel 6 showed a lot of women complaining of being solicited on the street. They said they would prefer that never anyone talk to them (= no guy is interested in them?) And there was a PUA that I like in the video, Snipe, that that production had arranged to make him look like a total sucker.

Because it is politically correct and easy to say that : flirty = shitty asshole. Until we come out of this shitty scheme, we will not make a step forward. Think for yourself!

There is a real risk that this evidence stigmatizes us and releases a hate-speech based on feminism & sexism. It is therefore necessary to avoid excessive generalization, in one way or another. These girls may not all be frustrated badly fucked chicks, perhaps they’re just traumatized chicks who push their self-protector delirium revenge-based a bit too far.

However, I do not deny that some guys are weird or worse, very aggressive: and that’s the image that today has the PUA. This fact penalizes all straight guys. A man approaching a woman with grace and courtesy should in no way be associated with the riffraff who whistle and insult chicks. And yet, we only talk about them in the media. When we say PUA, we think sucker, liar, sex-starved …

Should we draw a line under the beautiful meetings that can be done through pick-up? I think the next generation of guys will suffer even more than us because of fear and guilt chicks make us feel. Beside that, “you approach on the Internet? You have no balls because you do not dare to approach in the street”(a girl told me that once I was laughing). It is the height of the paradox.

This guy talks to me in everyday life? He is necessarily a fool

We cannot decently blame women for being suspicious if, sometimes, they are insulted and jostled by muzzles. Well-behaved boys then become reluctant to take the plunge while the worst representatives of the male sex occupy the land. It’s easier to whistle a girl or call her “bitch” than to hook for real. That’s why we have a serious problem. That’s why so many “good” guys are frustrated.

Legally, there are repressive measures against insults and sexual harassment. Why not applying them? With the demagogic government that we currently have, we could easily. But no, it is more important to allow people to drive without a license.

A friend told me the other day she sometimes feels schizophrenic, “Sometimes I say to myself that I would like that this cute guy approaches me. But if he did I would tell to myself that he is the ‘kind’ who approaches and it would afraid me. I think I would reject him. ”

The problem seems to have no solution and it will be very difficult for chicks misinformed to share things as long as a minority of cads continue to sow doubt and mistrust between the vast majority of men and women. Some girls claiming “feminists” have a lot of hatred against the guys and help to raise the pressure. Think for yourself! (I have the feeling I’m repeating myself)

What are the solutions against harassment?

Until proven otherwise, we live in a free country. As long as we do not exceed certain limits. So I can talk to whoever I want, and the girls can dress as they want and suck my dick if they want. There’s also the problem of girls who criticize those who have fun. Damn but it’s not because you got a broom in the ass that you have to piss off the entire world, bitch! And all the guys are not bad in bed as you seem to imply “sex without being in love? It’s useless.” Pff, go throwing your frustration on another blog. I’m not condescending here, just realistic: it would be good for this kind of chicks to enjoy sex for good. They do not like players but not the guys without experience either … (You see I am even able to do the questions / answers on my own now)

Should the pick-up disappear?

It seems important to me to think to avoid draconian drift that not only would not solve the problem, but would limit to the only private (AND PROFITABLE) space the possibility of dating:
– Dating Sites;
– Bars and clubs;
– Private parties with friends;
– Love on the workplace …
There would therefore exist anymore only planned, paying dating promoting excessive homogamy. Basically, when you’re a little bit original, people look at you like a crazy person yet, soon it will no longer be allowed to be a man outside some places where it will be allowed to “let it go” (and where chicks quite happy because we are interested in them will still find a way to say it’s boring to be approached). Damn but let’s rebel before it’s too late!

Also to avoid this extreme, I am happy to carry my struggle by informing, giving examples and many other things to fill a little that gap between men and women I mentioned earlier in the article. I am perhaps not the most gallant, the most distinguished, nor the most modern but I love women … I respect them and I am absolutely not a bad guy. They have their free will so it’s up to them to see if they want to make “their men” (I speak here of average French guy) become guys with no balls. If it’s their point they are on their good way! Let’s fight for our dignity. I’m not a pet, fuck. OK we take into account the feminist struggles during decades but let’s not deny our nature and the right of expression of guys. All that just to try to look charming with beautiful babes… and for what? To try the fuck them …………… we always come back here. But they will not respect you if you get into the vicious circle of not assuming. Or they are very stupid, formatted and love bad faith.

The advice I give to my readers are clear:
– A ‘NO’ and the interaction is over. At least at the beginning of the interaction if she wants to be prayed she will find another pigeon. Be fair-play. (LMR it’s a different problem)
– When you approach a girl, do not follow her : it’s creepy. Let’s stop if she wants it. Some are afraid that a psychopath follow them at home, and then the sexual side of things is very far at this point. This is not your objective!
– Contrary to what some people say: being polite does not make you a submitted dude … an “excuse me” to stop her is not useless.
– Do not ask her 1001 questions before having interested her a minimum. You’re a stranger, stressed probably because you’re approaching a stranger, so try to first and foremost create a climate of confidence. Talk to her like if you already know her a little bit.
– Your normality is your first asset. Free yourself from the cartoon that says that the seducer has be macho, arrogant and aggressive.
– The insults have no place in this type of interaction (but sometimes in the yes ;) ).

Let us turn to one another with respect and courtesy! Although some chicks speak badly too, is not a reason to do the same. Sometimes, you do not even have time to get close to them, they insult you. It is sad and disheartening. But hey, at least I know that these girls have a problem. And that is not what will make me want to kill myself or will make myself believe I’m the ugliest dude on Earth. As some like to pretend it.

Should some girls realize that by being nasty for no reason, they can hurt guys who take upon themselves for the first time to give it a try. And traumatize them for life, breaking their self-determination, etc. Respect is good, but it is not one-sided.

Let’s all become Buddhists and it will get better! ;) we all too much live into anxiety

previousThe dark side of the game
next6 months of analysis