Is seduction something innate ? 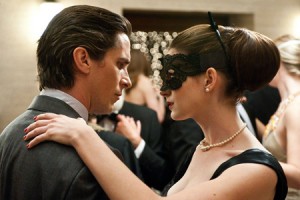 On seduction forums, we can often read these vague politically correct advice that invite people to be more natural, “do it simple”, “mostly be natural”, “it just happens between a man and a woman”, “c’mon it’s easy to flirt”and worst of all “just be yourself”. For me, it makes no sense to say that. BE YOURSELF: OK … but the real yourself!

Too much theory kills theory … (but the opposite is true!)

For me, take these tips as invitations to approach the game in a less stressful way (and therefore more effective because stress is our enemy in seduction – some make a mountain of that). It is important to don’t use those advices as excuses to do nothing (“I am myself so I do not approach” … no in this case it is the stress that speaks it’s not you). And it is especially necessary to understand what really means this famous “be yourself”: basically you’re a man with sexual desires so: be yourself and assume them! It is important to don’t misinterpret the message !!!

If one takes away your inhibitions and your bad faith, you already know almost everything, basically! I’m sure ! You probably would be able to fuck a girl per week. I remember friends I introduced to the game who were able to take a phone number or kiss a girl during their first approach. We can say that it’s beginner’s luck or think that this skill is innate somewhere in us. (Anyway this beginner’s luck motivate to continue … I do not know if my friends would be where they are if they did not begin with some success before being rejected a lot). But the problem it’s when the guys start thinking too much about the game…

For example, learning how to recognize indicators of interest… it’s not obvious at first. However, we instinctively have this faculty in us. It’s a question of survival of the species! But it is currently covered by a layer of education and experience that block us (we do not believe in it). Unless you have Asperger’s or spend 10 hours a day on World of Warcraft, you should be able to suspect something when a girl likes you. But when a guy switches into analytical mode and need a comprehensive list of IOI to check before taking initiatives, it unfortunately means that he is not focused enough or present enough in his pickup. He should perhaps start by being in the present moment instead of trying to further analyze the thing. This is not the theory itself I’m criticizing (theory is necessary), but rather the mode of intellectualization some adopt that seems causing too much frustration. In other words, intellectual masturbation will not drain your nuts!

Incidentally, my eyes still hurt a bit when I read on forums that guy is “a beginner in seduction.” Indeed, he may be a young inexperienced player but talking about beginner in seduction seems to me inappropriate … like if the guy was at level 1 of a video game with Mimie Mathy to be gamed to go to level 2 and Eva Green the boss at the end. It’s not appropriate to think that the physical appearance of a bitch will influence the ease with which she spreads the legs or her IQ. These parameters aren’t really related, in practice there’s more ugly girls that are pains in the ass than beautiful chicks (among others because the ugly chicks often dislike their bodies therefore do not like to get naked)!

Sorry but picking up chicks, this is not rocket science unlike creating computers. However, some geeks among my readers master very complicated stuff about the computers but not how to approach a woman. We can complicate the thing with formulas like Mystery for reassurance (or sell) and eventually actually make it difficult … but it is not so difficult in fact. You must demystify seduction! This effectively becomes difficult when you are not confident and when you imagine that it is. Otherwise, how our grandfathers would have seduced our grandmothers knowing that the game did not exist before 1990? This is just a science created to understand a phenomenon like physics studies the world but what is not explained yet exist.


What approach is the most appropriate for learning?

You cannot pretend you are zero : we (almost) all have naturally a number of social skills. Indeed, unless you have been abandoned at birth and raised in the jungle by Baloo, you already know about communicating normally and you have some human qualities. The real challenge is to identify, strengthen them and make the most of it. This well-known by consultants and coaches approach can be effectively applied to seduction.

The opposite approach is to identify what’s wrong to try to fix it… it’s too long, tedious and unrealistic when applied to humans. How can we believe that we will fully reconstruct someone? Besides this type of method can have destructive effects in terms of self-esteem and guilt. This wrong approach is also the reason why many guys are still blocking for years on seduction forums without getting any concrete results. Even that sometimes they are so watered by theory that they het used to give lessons to others !!!

How do inner game works?

The inner game is what happens in the mind of the player. Its main obstacles are: doubt and anxiety. An optimal inner game is to do not let these crap too much hinder the path to success… so we can fully express our innate potential. Fear, disbelief, nervousness, jealousy, embarrassment, perplexity, hesitation and lack of attention are driving down our confidence and ability to penetrate fully in the exchange in a relevant and empathetic way with respect to the objective which is all the same for a PUA to bang hot babes girls. Not to have dates, not take numbers … to fuck! For an optimal game, switch off this damn ego that gives the orders (“you MUST use this as opener, playing the cube game, negging her” if you have not you’re a noob, etc.) rather switch on and let express your natural ability. Basically, bombarding someone with orders and advice is counter-productive. Do not do it to your friends when you want to initiate them to the game !!! But let’s o back to you…

If you give yourself the order to stop giving you orders, it is the homosexual snake biting its tail. Your self-talk will just amplify and contradictions will make you implode. We instead want to concentrate to only keep the aspects of a situation that is necessary for its optimal performance. It’s like when you talk to a girl: all that matters is that the message is heard in a clear and genuinely way to create in her an emotion that works for you. When you watch your game it’s the same: do it in the most neutral way possible and without emitting negative value judgment (that was bad, sad, zero, etc.)

This is fundamental in the learning process which has four steps:
– Observation without judgment of what is to be improved
– Imagining the desired result
– Self-confidence (routines and techniques are just contingency plans)
– Observation without judgment of the changes and results until you’re proud of having achieved your goal
Such an approach necessarily strengthens your belief in your innate qualities and therefore your self-esteem. Notice that we erased here the stage in which we yell at ourselves every time it does not go as well as we would like. It is relaxing to deal with yourself in a so kind way. Especially since it’s not because we have a bad game that we necessarily miss our life…

To learn, sometimes a good question well put is better than one hundred tips to make people move on in their head.
“What have you observed when you’ve approached? ”
“Why did you ask her phone number at this moment? ”
“What happened when you took her hand to make her dance? ”
etc.
The apprentice PUA thus realizes things we could simply tell him directly … but he discovers for himself. This learning is much deeper and less interference generator. It is better to teach him how to learn, to stir his curiosity, knowing where to find the answers and thus develop his adaptive intelligence by reducing the interferences of the ego and contradictory injunctions. The autonomy is fundamental in seduction! Initiatives too! Nerves even more !

The problem is that when it comes to love and sexuality, social control and influence over the people by the religious authorities / government / parents / media / etc. are so powerful that we all are at some degree puppets submitted to social pressure (even if you feel that’s you’re free). Unlearning all that crap to achieve a simpler, more empathetic and sincere communication (with yourself and with others) remains in my opinion the quickest and most enjoyable way to seduce women you like. Because seduction is most a question of communication… even if it is multidisciplinary.

Let’s be ourselves! But do we really know who we are?