Jealousy : a good or a bad thing ? 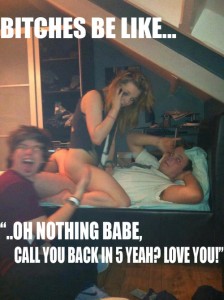 Jealousy is a powerful emotion that crashes our most unhealthy open relations and establishes a conflicting climate convenient to headaches. Well, let’s get serious: do not err on the side of excess of certainty about jealousy and read this article if you want to better understand this phenomenon …

Jealousy, what is it ? Why does it exist ?

The jealousy can be summarized in thoughts and negative feelings of insecurity, fear and anxiety concerning an anticipated loss. It is a childish emotion, we can feel it since we’re 6 months old. Jealousy is a mixture of feelings as anger, sadness, frustration and disgust. This jealousy can be caused by already lived experiences, thoughts, perceptions, memories, but also by the imagination or by the fact of raising questions. The jealousy must not be confused with the desire (envy).

The shape of jealousy that interests us on this blog is the emotion connected to reproduction: the one that assures the sustainability and the stability of unions, but also protection and subsistence to children. A “reasonable” jealousy (that’s the thing : you should not too much piss off the other one with that) can be thus considered as the cement of a couple*…

* Let’s study now the results of a study led by Eugene Mathes from the University of Illinois. A questionnaire was distributed to lovers and, seven years later, those same couples agreed to answer other questions. The 25 % having decided to live together/to get married are the ones whose initial score of jealousy was high. The 75 % having broken up meanwhile had initially reported a lower score of jealousy.

Know that jealousy is universal: studies showed that it expresses all around the world (well except maybe in partner-swapping clubs) with the same intensity (but not always for the same reasons). Then, where is situated the healthy and acceptable border? What’s to be done when it becomes a poison?

The fatal consequences of jealousy

Most of the guys have difficulty in being faithful but are jealous all the same… For proof, 68 % of the American students of first cycle have already cheated on their friend by kissing another one, 49 % by fucking another one (Wiederman, Hurd, 1999). Let’s specify for information that the girls are not exempt from jealousy nor always faithful either (blowing is cheating?) The authors were also bewildered by the proportion of people who do not even image the existence of an alternative to monogamy. Finally, concerning young students in couple, 1/3 admit that jealousy is a problem. Whether it is: suffering from the jealousy of somebody else or being jealous.

A Hungarian can tolerate to see his partner flirting with another one whereas a Yugoslav just can’t. Paradoxically, the latter will grant less importance for some extramarital kisses while the Hungarian will see an unforgivable insult there (Buunk, Hupka, 1987). Similar facts thus provoke different reactions depending on the countries: jealousy is thus more cultural than biological. Don’t be sheeps: think for yourself. What is your real opinion on jealousy?

By the way, I have a question. If your girlfriend cheated you, who would you blame? The guy who did nothing else than following his instinct or your girlfriend who knew perfectly what she was doing? Your answer will say a lot about you : your level of confidence and your objectivity. If you decide to smash the face to the other guy, I pity you because it is unfair (unless the other one knew that she was your girlfriend and wanted to hurt you personally)… Best is thus to stay away from the girls of others and to don’t share them too much with your buddies (jealousy can also damage friendship).

Swingers, libertines, etc. knew how to overcome the stage of jealousy. Without falling in these excesses, as for myself, I like very much the open relationships. At least, at the beginning. Indeed, some people know each other for 10 days, kissed each other 3 times and are jealous as if their life depended on it. It is here that there is a problem. I wonder where does this need that one the 16-year-old young teenager has to be “in a relationship” at all costs comes from. Certainly a need for validation, they too much saw it in TV shows, or need to be reassured, or they don’t want to get tired then content themselves with easy sex (when they do it). But it is another debate (it certainly has something to do+- with the vision of happiness the society inculcates). I always advise to begin by hanging out together at least 3 months, by flirting of course, before declaring yourself in couple. I think that anybody normally constituted then feels jealousy when he/she cares for somebody (even if exceptions probably exist like for everything). It is thus understandable in the case of true love. But in this case, it is not necessary even if it may be cute. From a point of view more down-to-earth, it is understandable if we invested a lot in the other one (money or time or IDK what else).

The loving jealousy cannot be born if the partners have a relationship based on trust (but this notion remains subjective depending on the jealous individuals, according to previous traumas, etc.). Jealousy is all the more important as the jealous person has the feeling that his/her psychological balance rests on the fact of being with the wished person : Jealousy is thus a problem of attachment proper to the jealous person who needs to be reassured, or eventhe feeling can be, rightly or wrongly, based on the imagination. It should be noted that the jealous individual generally repeats the same patterns with all the partners. The jealous individual can then be mousy in the couple: he tries to possess his/her partner at all costs and, to avoid losing him/her, rarely puts itself in opposition by accepting compromises. But this behavior can then strengthen the feeling of insecurity in particular when the partner keeps a freedom outside of the couple, the jealous person not becoming any more the unique beneficiary of a partner. The jealous individual feels freed from his jealousy only when he spends time with his/her only partner, what eventually compromises the freedom of the partner, who can feel frustration meanwhile.

Some people say that jealousy is related to the notion of self-confidence. The less you are self-confident and the more you are easily jealous, because you think that your girl can leave with the other one (that anyone can be better than you). If you want to play the role of the alpha male, then silence your jealousy when it is disproportionate. Attention thus to don’t annoy your partner with that if you are in an open-relationship. In this case, make her rather addicted to you by fucking her a lot and well (her rate of ocytocin will rise and she will like very much you all the more)

The complacency about the maintain this feeling of jealousy comes from the fact that the existence of the obstacle (the rival) strengthen the value of the object of the rivalry. Jealousy can be a strategy so that a target realizes that she likes you. But it is an operation to be made with precaution: to make a girl feel healthily jealous, it must be suggested and not ostentatious (do not kiss girls in front of her at the risk of blocking her).

It is about a triangular relation like Foucault described, it brings in the jealous person, the partner and a third:
– When we “make” someone jealous it is that we committed a fault. We are thus responsible for repairing the insult. This is why some people oblige their partners to don’t see any more their friends, or to show them their text messages, etc. Would you hire a detective to investigate into the past of your best friend? It would be weird… Well, in a mono-normative society and within the framework of a love relation, this behavior is tolerated. THE SUSPECT THUS HAS TO SEEK FORGIVENESS EVEN IF HE DID NOTHING WRONG. FUCK.
– MECHANISM OF RESISTANCE: we can invert the relation of power by accusing the jealous person of being excessive, extreme, unreasonable. We so fuck his/her arguments. To be won : more freedom. For a good or a bad use.
– MAKING THE OTHER JEALOUS TO SEE IF THE COUPLE IS STABLE : Without necessarily committing any “fault” but just by sowing seeds “to see”. Preventive Resistance. Who said that attack is the best form of defense? It is a little pervert all the same.

According to Eric Berne, jealousy combines the conditions so that both partners are engaged in small psychological games that always hurt at least one of the participants. He considers them as toxins because damage the ambient well-being. True, sincere, authentic and spontaneous contacts that the author calls “Intimacy” would obviously be preferable. However, this intimacy as awesome as it can be, is perceived as difficult to create and dangerous because put people in front-line without calculation nor protection there. It is the big problem for people who “do not want” to fall in love: the emotional vulnerability can cause big damages, especially in case of disappointment, like depressions.

The jealousy occurs within the framework of a triangular relation (what differentiates it from desire or envy), when somebody considers that the second individual behaves for a third in a way that threatens according to him the relation of the couple and more particularly his or her place in the couple. The jealous person conceives from it resentment, reproaches, doubts, that he sends to the face of the two others, with generally a focus on the second person. The essence of the jealous behavior does not lie in this concern, sometimes imaginary, for the couple, nor in the fact of acting, but in the excessive emotional intensity that accompanies it and that compromises the success of this action. The consequences can damage the balance and the communication in the couple, jealous persons sometimes expressing their ownership in a permanent, excessive, exclusive or recurring way that often represents a sick jealousy. So, jealousy is a shape of possessive paranoia. It is sometimes linked to violent behavior: jealousy is evoked in more than 50 % of the cases of domestic violence. It is also at the origin of diverse abuse: insults, harassments… without talking about crimes of passion. All this sometimes coming from people who seemed totally “normal” and “well-adjusted”.

Roughly, this part of us is frightening… then let’s end on a positive note: some sex therapists explain that jealousy, in a reasonable dimension, can have a positive impact on the sexual function and the satisfaction. Studies demonstrate that jealousy can increase the passion of the two partners as well as their sexual pleasure.

previousI had Lyon for breakfast
nextIf you manage to make me come, then you can give me a forfeit