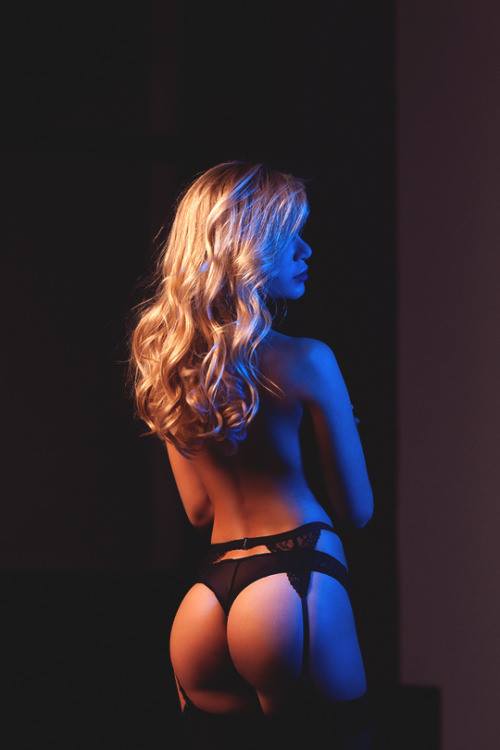 I have recently immersed in the libertine world like a submarine destroyer. I saw some very exciting things and some surprising concepts. I have also found out some practices that I had instinctively tried without being “officially” libertine. Today I would like to share these discoveries with you!

The Mixing it’s when you fuck next to another couple who also fucks… but this time, you can touch them all. If you are not bisexual, of course you can get away with touching the wife of the other man. This practice includes oral sex (not an obligation) but not penetration. You should know that some couples define boundaries… for example, “we do it together but I’m the only one who can penetrate my girlfriend.”

Swinging is when two couples exchange partners completely while mixing. In other words, it’s like the Mixing but with penetration!

Practices that surprised me the most!

The sitophily is the fact of loving having sex while playing with food. Who has never covered the pussy of his partner to lick hungrily?

The square it’s between two couples… or, at least, it’s when there are four participants.

I tried different types of trios and foursomes. I would like to make a real big orgy with like 10 or more, I think it would make me very hard! I think it would excite me too to be just a man among others in a group that sexually destroy the pussy of a girl (but not my girlfriend lol). Really, being an object like that, I do not know why, but the idea tantalizes me! Or is it the fact that the girl behaves like a real bitch that would drive me crazy. I do not know… well, what counts is the result.

Exhibitionism is when we like to show our body naked or to have sex in front of people. Voyeurs are those who like watching. This can take place in a club or on the Internet via webcam. Some websites to be watched by hundreds of people while we quietly fuck our girlfriend at home. It adds spice, especially when you read their comments… “Miss has a goddess body, Monsieur has a good jerk!”

Hugs corners it’s where you can have sex in a libertine club. They are often equipped with one or more mattress. We can choose rooms open to the eyes (with a window) or not. Otherwise, we also have the option to lock or not the door : if it’s left open, it is not uncommon for people to come jerking off next to the couple who fucks or offers to join. It is certainly more exciting to masturbate next to a beautiful girl who is taken than watching it far away from the pussy. Well, I guess, I’ve never done that yet…

I sincerely believe that I have a little exhibitionist side anyway. At first it was causing me problems with erection when people looked at me fucking but now it kinda dopes me.

Other things to say…

Sex-starved are pains in the ass harassing couples and especially single women to fuck them, they are often disrespectful. It can quickly become oppressive especially when the girl is naked and the guy chases with his cock in hand or too heavily insist and pretend to do not understand when the answer is “no”…

The principle of not judging and having a great freedom when it comes to sex is pretty cool. It works with our bodies, our practices and our performance. So it’s relatively liberating… Swingers clubs have a rather unhealthy reputation but actually I find them healthier than conventional clubs in which chicks play comedy. But, it is difficult for one man to exist in this environment and it is expensive (a libertine club entrance is at least three times more expensive than a normal entry in a club). In addition, it is not sure that the guy will fuck (we are not with whores): few chicks assume to go to the libertine clubs even among those who just want sex without headaches. For couples, it’s cheaper and more fun but finding single women for threesomes is difficult (they are rare so are the prize). Between couples, you must love exchange. Sure it’s exciting to have sex with a beautiful girl who came with another man… but this guy will probably fuck our girl too (the downside). And most often, under our eyes! Then, it is not like if he was a lambda weirdo who will boast all “hahaha I fucked his girl”! It is in theory a respectful man who does not see malice and also gives his wife to you in return so well, it is quite healthy, it’s a win-win scenario! It gives a breath of oxygen outside the couple for better weld on. Personally, seeing that my girl is desired by a lot of guys makes me want her even more. But watching her getting fucked by another guy… I’m not sure I could (although I have nothing to lose in fact it is just a question of mindset and context)! With a girl we care about it’s much harder than with a lambda sexfriend, I guess. But that’s not it, the principle… that would be too easy !!!

In short, libertarianism can be a good thing if done in a proper mindset by people whose brains are slightly evolved. For sure opportunistic sex-starved, it’s boring… Then I guess it’s also a question of maturity and self-confidence (to be able to assume fucking with a public for example). The rules of the game apply in this environment but to a lesser extent because a lot of taboos have already fallen. It’s another world! And acquiring a libertine spirit is liberating but even a PUA is far away from that. The two things are not mutually exclusive of each other but it is not at all the same thing either. It’s a big challenge but it is sure it could make happy people that it suits!

Again, we must look beyond preconceived ideas…

previousShould you follow a protocol in bed ?
nextFirst year of pick-up and learning curve