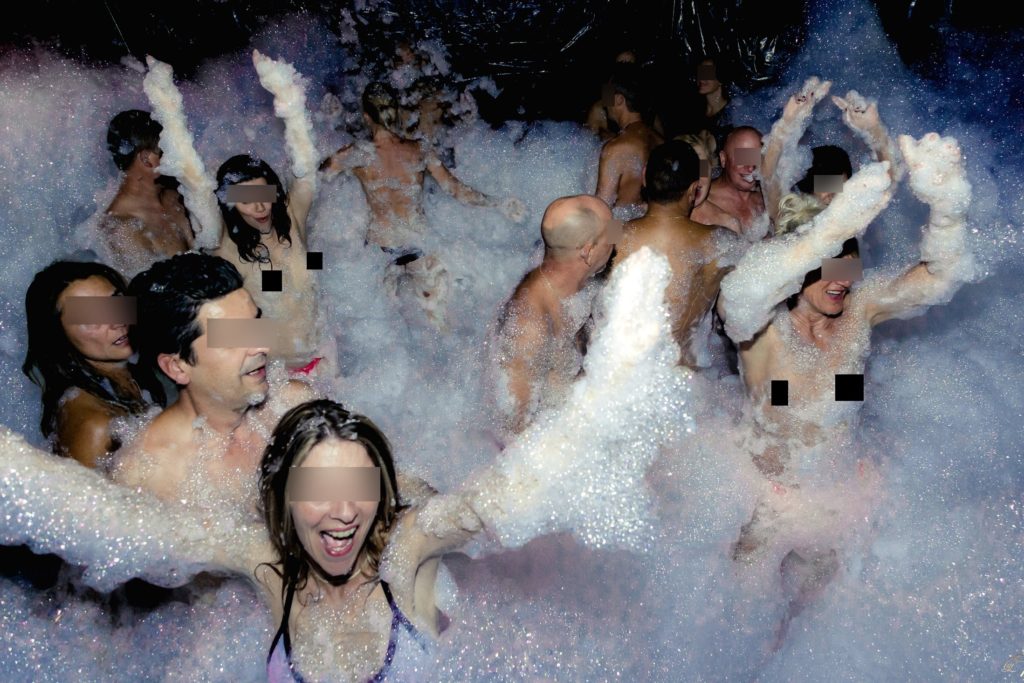 It has been a bit difficult for me lately. I was really lost (except between the thighs of my darling).

1 / First of all, at work, it’s hard. Very difficult ! I do not feel very comfortable in my new office and the pace of work is very difficult to follow.

I do it all: accounting, pay, social, statutory audit, etc. It’s very formative, but hey, I’m not sure I’m determined enough to do consulting in the firm and chartered-accountant to endure another three years of training like this. Seriously, I am rarely at home before 8h-8h30pm. So it really makes long days, but the pay is good. In these times when I do not know what the Labour Law (said law “Bel Khonrie”) reserves us, I wonder if it would really be an idea to shoot me in the foot by resigning. But I think about it all the same.

Well, my colleagues are nice, at least in appearance. One of the bosses is cool and a mature guy explains a lot of things, staying modest. But, on the other hand, there are many assholes in this office. A thirty-year-old, for example, explains things to me but makes me feel that I am inferior to him (he is probably complexed because he only has a HNC). A young associate accountant has a slap head: every time he speaks to me, I feel like he is making fun of me, I want to hurt him but I hold back because he is associated . I have the impression that the guys believe proving their manhood by playing big dicks who have a big mouth. They also stare at girls’ ass ostentatiously.

A collaborator is fat but allows herself to talk about guys (including me) as objects and criticize physics. She makes remarks that make me a little uncomfortable, yet I’m not a tight ass. It’s just rude and inappropriate.

I miss my former office colleague. Besides, I had news from him, he is still unemployed but very happy to have left his job. He is resting a little. He reassured me by telling me that in all the accounting firms where he was, it was that hard.

In addition, I take the post of a girl who resigned but they all loved because she was 3 years and was cute. What pisses me off the most, in fact, I think it’s the remarks I heard at the beginning, from the customers, “the new is less sexy than the former one” or « you are not wearing any skirt, that’s not a good point ». Fucking assholes !

And then, there are these meals in the restaurant all the time with the customers and the associates, where they take aperitifs and digestifs, and wine… and where they call me “pussy” because I do not drink alcohol any more. Ahlala, if they knew what I did in my sex life, they would not talk to me like this and respect me more. What I do not like either, it is their speeches a little scornful, a bit racist. They take everybody for idiots while, in my opinion, there is love to give for everyone. In short, it’s a somewhat pretentious atmosphere, and I can not be myself there, so I remain discreet.

In fact, in front, they pretend to be very nice but I talked a little with everyone in private and they criticize each other in the back. For example, there is one who has a HNC but who tells anyone who wants to hear that he has the same level as the accountants through his 7 years of experience. So he wanted to go into status frame but the partners refused so now he wants to leave and criticize people from behind. Behind the golden aspect of the cage, we must not forget that there are bars. Even if they seem nice when they bring croissants, cigarettes and coffee in the morning, they piss me off because I want to lose weight. We are definitely not on the same wavelength.

There are some remarks that did not go well from the bosses. I had to take stock, they told me it was simple and everything, it would take 10 minutes: I had work for three days. So they were like I was slow and that disappointed them… then when they wanted to look at the file more closely, they realized that it was not so easy. Otherwise, one morning (one time) I arrived around 9:15 instead of 9 am because of a bus that passed with 10 minutes late. The partner who was there has a nervous breakdown and told me “you have to get your fingers out of your ass, Fabrice.” But the next day we had a meeting with a client and he was 45 minutes late but did not apologize. So basically, because he pays me, he can talk to me like a shit ?!

These are the reasons why I do not know if I will stay. I respect myself. Of course it’s better than my old firm and it’s mostly better paid. I do a lot more things and the files are more interesting and prestigious so I will have a better level thanks to this experience. But still, something is wrong… Do I have to work to live or live to work? Is it the price to pay to make money later, giving them three years of my life like that? In addition, if I did not have my girl (or if she dumps me), I do not see when I would flirt or fuck: I do not do much other things than my job. I am tired all the time. I have the stress of all deadlines (VAT before the 21st of the month, the DSN before the 15th, payrolls at the end of the month, etc.) But on the other hand, I do not want to be a loser without work either.

But despite this, the cursed social network makes us plenty of suggestions from friends who are not insignificant. These are people we have in our contacts (she or me), people we had in our contacts (such as exs) and people we met in life without ever adding us or talking to us on Facebook. This is where it becomes super creepy.

We have not joined any group of libertinage and yet Facebook suggests us as a friend a guy we have spoken a long time in the club libertine. Facebook also offers my acupuncturist, which I did not even note the last name. There are my sweetheart’s co-workers and also some girls from Aix I kissed in some parties and whom I never got in touch with.

Maybe these people searched me on Facebook and that’s how Zucky made the connection between us? But frankly, I’m moderately convinced, it would surprise me, especially for my acupuncturist. I really feel like being spied on. Maybe via geolocation? What is the next step ? Do we still have a bit of control and freedom in our lives?

3 / Finally, we went as a couple to a libertine foam party. When we arrived at the club, we started to fuck directly. In fact, our challenge was to fuck in every room of this giant sauna, which is by the way the biggest in Europe.

For starters, I got sucked in the glory hole, this famous hole in which you put your tail by not knowing which girl is blowing you on the other side of the wall (or even if it’s a girl… just kidding). I watching a cute exhibitionist sucking a guy who could not get hard because I was watched (poor guy). I also saw a blonde in her forties get fucked by eight guys in a row (gang bang). She was not exceptionally beautiful, but not ugly either, so I admit that it excited me a bit.

In short, we achieved in our bet and my darling enjoyed like crazy. She could not handle it anymore. She had powerful orgasms like never before in her life for several hours. Guys watched me fucking with crazy eyes, as if I was the Terminator of the cock. It was a pleasure.

And then, the club has finally dumped the foam in the largest room: we were find, dancing all naked in the hot foam. It made odd sensations but pleasant. I ended up fucking there, standing doggy style, with people nearby who were quietly boozing at the bar. It was a mess. Some were watching us with a smile. It was a really surreal but nice atmosphere.

It was really a good night. Besides, there were some nice asses (two or three), but most of the girls were a little too fat for my taste. Or too old. I feel very good with my girlfriend, in fact, so I do not see girls the same way. I see them with a spectator’s eye, not with a hunter’s eye.

My girl gives me a lot of fun and we try really cool stuff so I also love the life of a couple and do not feel too much need for pick up. However, she still makes some unwarranted nerve crises from time to time but I now know how to calm her so she begins to learn how to handle them.

By the way, at the end of next week, we have a date with a hot girl met on Tinder for a threesome. So far, they have all flaked at the last moment. But we continue to connect to our Tinder account because we come across some sacred phenomena and we find it funny: a dyke who has never touched a guy proposed me to fuck her without my girlfriend (I refuse anyone who wants to fuck me without my girlfriend now), a fat ugly girl begged us to fuck her, a weird woman with piercings everywhere spoke to us like virgins because we did not want to hurt her in bed with a whip and pegs (she says we’re too young and soft for her), etc.