Life lesson : when I have been attacked by four fucking shitty assholes 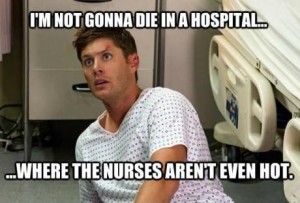 Hello friends, I am going to tell you how a very good night turned to the nightmare. And when I say “nightmare”, it is not a word I use thoughtlessly.

1) On Thursday evening, DATE with a girl of Adopte at her home. It was a rather hilarious interaction. In fact, I contacted her hastily on Sunday, 13, I have taken her number after a rather wonderful conversation.
– She offers you the possibility of discussing with her. Do not hesitate to send her a message to try to land in her basket !
– hello Caro ! Ah I am satisfied that you confirm me! Well I would have liked that you send the first message but nobody is perfect…
– And would not my first message be this one? Attractive master’s degree of the conditional, I recognize it to you
– First sentence correct, in addition you flatter me, I am willing to continue to speak with you :D
On the other hand, it is forbidden to ask for hings like in a questionnaire: where do you come from, do you like carrots, etc.
– But I preferred to know if you like carrots, it can be a means of pressure if it is not the case, I heard that “for the rabbit, the carrot is the worst embodiment of the evil “. What do you think about it?
– I think that I am maybe a rabbit because carrots give me not catholic ideas.
– Being religious, my ideas are clear as can be. But not with carrots, I give them to you, yes, really.
– If I come to your place it will be so that you cook me something with carrots not to make l love. Do you want to chat on Facebook, it shall be nicer.
– It was absolutely not my intention and if I want to say something in this sense, I have a vocabulary which will allow me to do so haha. Regrettably, no Facebook for me. Twitter? But the messages will not go faster than here.
– I will be disconnected at 6 pm , love!!! (I have a free account) please send a first original message and I shall answer you 06********
She did not answer my messages for a few days. Then wrote me just like that last Sunday (the 20). We a little discussed by SMS. I was then inspired I suggested her making her a massage with the light of candles, I am so romantic ! She said OK, that we could meet on Friday evening. Except that not, I was busy thus I negotiated on Thursday evening. She wanted that we go out to have a drink, I said no. She wanted that we see each other rather at my place then, I said “no at yours”. All the indicators in the green, she sent me a message at 8 am in the morning Thursday so that I have her address. I smelt the motivated girl, really, nevertheless I don’t like counting my chickens before they are hatched. I thus turned up at her home at about 8:30 pm in the doorway : a kiss in the neck, I took the hand, she squeezed it and kept her. I asked if I had to take off my shoes, she said yes, I asked if I had to take off my other clothes, she said “not now”. After 10 minutes I was fingering her, after 15minutes she started sucking me. I pretended to get a foothold like never, I encouraged her. It was good all the same. Later I screwed her on the sofa bed. I wonder if she really wanted a massage in fact, héhéhé. In brief, the small banker in tailor, bobbed hairstyle, the authoritarian face (the kind of almost-thirty-year old who deserves her dose of do), it is checked. Having been blocked at my parent’s to study since the end of September, I will thus not finish Virgin of October.

2) Champagne Showers in a club with Padawan as a wingman. We spent a very good night. One of the organizers who likes what I write made us dupe the line, had 20 bimbos there who grumbled in the square meter. We stayed a long moment with a group of girls (it was not some caviar but they were not too bad, big liqueur brandies and were hungry). We approached them with an awesome “do you take some pleasure tonight?
– yes :D
– do you want more ?
– heu I don’t know heu
– did you brush your teeth ?
– yes
– me too ! we kiss ?” And there I found myself with a dead woman of hunger who made every effort to clean me the inter-dental space with her tongue. Padawan close by connected her friend but that did not work. I say to the tall bitch endowed with a hallucinating low neck (the one that I was kissing) “tell me, do you wants to make a threesome at my place with my buddy?
– what ?! I can have both of you ?! Ah yesssssssss. (On the tone of : it is the deal of the century!!!)” Then, she started kissing Padawan… and me, I took care of her friend. I did again the “did you brush your teeth” line (I will copyright it) and, ho god, it worked. We warmed well them both then thanks to the sexual energy, Padawan eventually kissed also the second chick. Thus here we were, we were next to the bar and we fiddled with them, and we were exchanging them and everything. We thus logically negotiated a foursome. One was really hot, the second I felt her feverish but she would have followed because I suggested licking her during 20 minutes. A real bargain for her! In brief, their third friend turned up with a guy, and she passionately kissed her two friends. As a consequence, I tried a magnificent “me too PLEASE” thus she turned to me, maintained my eye contact, I supported her EC… She looked down the first one. I endured more sexual tension than her, she submitted, kissclose. We little eat each other’s mouth, it was nice. It was the only one in my size moreover, the two others were giants. But well, she left with her guy who got nothing. Fuxelife. In brief, at the moment they wanted to go to the toilet, I asked if we could screw them in the crappers and they said no. I asked for the color of their underwear: they revealed them to us but did not want to show us their tits then we let them leave because we wanted to put them “in the refrigerator” a little so they realize the luck they almost had. In any case, we said to ourselves that we were later going to see them again. Meanwhile, Padawan approached a brown girl with beautiful blue eyes, tall and thin. That happened very fast, he approached with “kiss my buddy.
– No he is ugly. It is rather you that would interest me.
– so kiss me.
– No it is you the man, it belongs to you to kiss the first one.” Thus OK, I learnt that I was ugly. Besides, she added that I hurt her so much I was ugly. The big deal : I set much worse in the mouth and next to that I screwed chicks twice better than her. I live it in a good way, this kind of remark slides on me as a penis would slide in the vagina of a woman fountain. I am a kind of “Chuck Bass the sexual” and Padawan is rather like “Nate the handsome guy” : it is not the same kind of charm, that’s it. But it was the silly bitch in any case, who is frustrated and disturbed : which girl would say that about the buddy of a guy whom she has just met ? Well, I left them together and went to speak to the DJ. Then, I wasted my time with a girl who was a headache to me, she wanted me to give her fags and did not let me alone. I don’t like the hazy and then well, I had already fucked tonight, and I had a foursome feverish but solid threesome on the light. The thing is that the bitch (the one who had bit tits and low neck next to her nipples) has probably seen Padawan kissing the blue-eyes girl because she left… I was disappointed, but well, with Pada we shall destroy a girl together or then we shall destroy 2 girls at the same time and we exchange them. It’s said! At the end, Padawan wanted to take the number of his silly bitch but she answered “do you want to have sex?
– No I sleep at a friend’s this evening
– Then give me your number.
– I don’t give my number so easily.
– Then you are very stupid, go away, I don’t like not the pussies who take themselves for princesses.” Well… I have to say that Padawan improved his Game, it is really notable and this is just the beginning ;)

But I am going to try to transform my hatred into a positive thing, and from next week onwards I am going to practice tae kwon do with Padawan. That does not appear to me to be any more an option, because I don’t want to live by ignoring the reality. Finally, that was an electric shock for me which will make me move forward in my life. Fucking the girls, knowing which values we look for, it is good… But it is finally only a stage of the personal fulfillment towards better lifestyle one. Maybe not even the most important. And it is really THAT which is important: the lifestyle. In “to survive and reproduce” there is “to survive” and it is better to chose to “live good”.

Hope you will get my message. May the God of the Game make us open the eyes !

PS: don’t tell meI am racist because I said that they were Arabic (one of my best buddies is called Hafid). It is just a fact. If that had been idiots of riffraff typified European or African or slanting eyes, I would have said so all the same.