Mum and social worker the day, squirts at night! 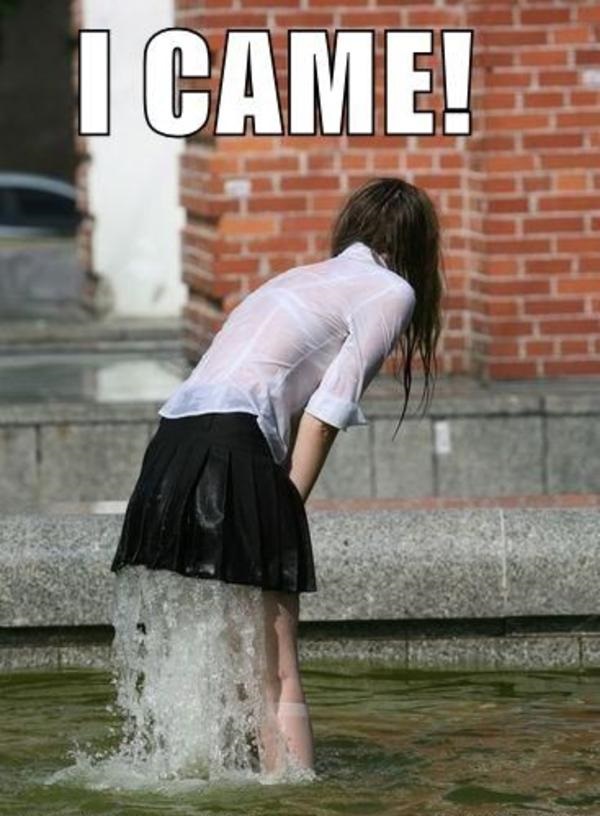 News (update of the seduction/pick up diary):

1) My mother has spent a few days in Lyon, last week. We did not fight too much, it’s cool.

2) Then, I received the visit of Virginie, this weekend. We cuddled and everything. It’s better between us…

3) The cardiologist has also come back to me: she says she misses me and wants us to have sex again on condition that I no longer record her to upload her orgasms on Youtube. This is understandable, but I am still not very motivated to continue a relationship with someone who does not accept me totally!

4) I saw the little school teacher the day before yesterday! She told me she had talked about me and my blog to her girlfriends and that there was a girl in a relationship who said she would like to try me if she became single again. It seems her boyfriend commented « I don’t understand why you like him? This guy looks very superficial! » I can smell some jealousy…

Otherwise, this little teacher wants to try new things. She wants, for example, to make a 3some with a girl: she proposes me to go out and hunt a prey together in the bars. And she is apparently also OK for going in a libertine/swinger club in order to fuck in front of people.

5) At work, I’m still bored. There are clients who like me and the boss is jealous. He says my nonchalance is not professional and that it hurts the image of his office. FUCK HIM. He is hunchbacked with hairs coming out of his ears, and spends his time shouting at his employees… honestly, it’s not super class either. ASSHOLE! The biggest problem is that he is bipolar: one day everything goes well, everything is great and the other day everything is wrong and we are all shit. I do not think I’m paid enough to endure that kind of stuff, so I’m considering leaving this job.

After having broken a tooth because of the stress, it is now 3 days that I have a stomach ache (a point with burning). Yesterday morning again, the boss yelled at me because I was a little late (the teacher had started sucking me early)! But frankly, if he thinks I’m going to sacrifice my PUA life for his fucking office and so he makes money on my back, he has got a wishful dream!

Yesterday, a customer asked for a K-bis extract for his company (it is paid on the Internet) and the boss did not want to give his CB (nor the CB of the firm) to make the purchase online. He therefore asked the collaborators to give theirs. Seriously. Knowing that a colleague said that one day she had advanced  €50€ and never had this money back, nobody was very motivated…

Seriously, the only exit doors for me are:
– living on my blog (or on my art);
– becoming a chartered accountant (and be self-employed);
– finding another job that I could like.

I picked up a chick on Adopteunmec, at the beginning of the week. She invited me to her place last night, near Villeurbanne… I was a bit apprehensive to go there because it is a place that has bad reputation (dangerous), more than 20 minutes by subway from home!

She is a social worker of 35 year old, tall and muscular. Rather sexy. A little old for me maybe, but well… Downstairs, I said to myself: « Who the fuck am I going to see today? How old is she ? Is it the 27 year old girl ? Or the 35 year old one ? » Frankly, with this rhythm, I’m a little lost.

She received me in a sweater too big for her and offered me a glass of wine in her living room. She had no corkscrew to open the nectar, so she pushed the cork into the BOTTLE with a screwdriver! What a sacrilege!

After I caressed her a little on the couch, she stretched her legs on me. It was an indicator of interest! She was nevertheless nervous: she asked me a lot of banal questions (like about my job, where I come from, etc.). She insisted on knowing which music I like… and I learned that she, she likes electro music (but I do not care)!

She told me that she had just bought an apartment in Lyon and that she wanted to celebrate her future move with a massage. True story ! So we went on her bed and she undressed spontaneously. She even ordered that I get almost naked too! I like it when it goes all right to the goal like that!

Then she asked me to come over, put her hand in my underwear and commented « you boast a lot but you do not have a huge cock either
– SO WHAT ? » I have an average-sized dick and I am not complexed, I do not see the usefulness of this kind of comment… what a bitch! I’m a good lover and an alpha male, that should be enough. Especially that we can not change the size of our cock, but we can change the way we use it.

Then I gave her others with my hand. She ended up saying « you do not have a huge dick but you are very good in bed! » At one point she saw I had a lot of fun making her flow like a waterfall… so she started to be complexed, especially when I got one in the face and I burst out laughing (seriously, this ejaculation was overpowering). She said she felt like a fairy beast and that it had killed her any desire (susceptibility power).

So here we have talked a little about the female ejaculation. It has been two years since it happened to her for the first time and her life has changed thanks to that! She has become a fountain overnight and enjoys much more since that day “I prefer to be 35 years old than 25” she confided. Before, when she enjoyed, she felt that something did not come out, like a urge to pee or something like that, it was incomplete (it’s normal: many women have a retrograde ejaculation … those ones with work, could become ejaculatory). According to her, it is very psychological all that, she could even ejaculate just by caressing her pretty little breasts or thanks to a spanking on her buttocks muscled by some Swedish gymnastics ! The whole thing is that she feels comfortable…

It was already (or finally) the time of the last train but she wanted me to fuck her again (because she likes the cock too much compared to the fingers) then she wanted that I sleep at her house but I said no. Frankly, after the derogatory remarks she made, it was already nice to give her 10 orgasms… so I left with the firm intention of not seeing her again (she has already texted me this morning). And I did well because, today, the lack of sleep is frightfully felt! That’s normal, it’s Thursday, the worst day of the week!

She finished her bottle of wine with her cigarettes. I left her half inert on her bed so much I took care of her hard.