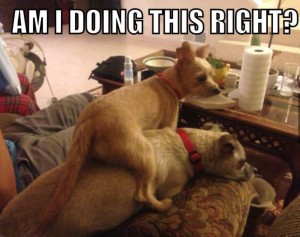 The day had badly started. I had negotiated bilateral consensual relations with a chick who was supposed to my apartment, the afternoon. At the desired time : no news. As punishment, I didn’t called her, I am not a needy poodle frustrated. Too bad for her, I hate rude individuals who think because they’re cute they’re allowed to do anything and to stand people up. If she call me ON HER OWN INITIATIVE and make a counterproposal she will have ONE more chance. In the meantime… hopefully Arnaud wanted to go out, otherwise, I would have hung out in this polar cold, alone and disappointed like a cow-boy who would have lost his cows.

On the dancefloor, I said, loudly enough in an act of provocation « There is not a lot of women I didn’t kiss in this city… » A chick came to me « Do you want to kiss me ?
– Would it please you if I kiss you ?
– Do you want to kiss me or not ? » I did. She said she wanted to see again the day after, in a club. She took my number. Arnaud thought it was nothing but the day after, she sent me a text message in order to see me. To be continued. I then passed a group of girls « I have enough, they all want to kiss me » the group laughed and called me « pretentious ». We shall say what we want but girls like arrogance! Well, at least, those who have a minimum of confidence! For his part, Nono took a eleven-digit phone number (in France, it’s ten-digit) and paid his beer with a cheque.

I went to put my jacket in the cloakroom then I negotiated the FB of the pretty Polish who worked there. Opener : « girls change every week here » then because I tried to pick up the girl who was there before her, we talked about her. I noticed she was reading a book, so  contextual joke : « he dies at the end », she laughed. At the beginning, she said she didn’t want to give me her FB because in Poland, they wanna know better each other before. I don’t believe this shit, in Poland,  they get drunk with some vodka and fuck like monkeys. After a little talk, she agreed ! Her name is Paulina (I’m not sure) she is 25 , she loves sex but is shy : she is waiting for her Prince Charming on his white horse but is ready to have sex with an alpha stranger who would know how to pull the right levers (the last part is a supposition).

I approached two waddling girls « I guess it would be better to dance with a guy ? ». Then I talked to their cool buddies. When I went out to get some fresh air, a girl stared at me, so I stared at her too and asked her if we knew each other or if we already kissed. She said no. But, I really thought I recognized her so I asked if her name was Lucie ? She said no but that her name actually ends with a « i ».
– « Am I supposed to guess ? » So, in a playful way, I guessed (it was Emilie), I talked with her buddies, besides, a brunette recognized me : I dated a friend of her last winter. OK. Then, they left the bar and I didn’t do anything more than a Mexican during naptime (no kiss no FB). Hopefully, later, Emilie passed before me again so I told her to come with a wave of the hand, and she did. We started to get closer when suddenly one of her friends, that has come out of nowhere (she was probably smoking outside)  jumped on her, a little bit like Chabal tackling an Australian rugbyman « forget him he is ugly ». I suspect her to be a little bit jealous and frustrated, or she really thought I’m ugly but her friend liked me (the hazards of the Game)!  I would have dickslaped her in order to break her teeth ! In any case, it was none of her business, and treating people that way reveals her ill-being.

A chick who watched the scene because she was bored started laughing at my misfortune.  So, I introduced myself « Hi, I’m student/writer/good kisser (to pronounce slash) ». A little later in the evening, she came back to me « so, I heard you’re a good kisser ? » I proved it to her. Then, I asked her to show me her tits, she answered « not here, there is too many people ». She promised to show me her boobs later, in a club.

So, with Arnaud, we came to the club. I saw again the girl of the bar I had fun calling Eugénie instead of Emilie. I told her to come with a wave of the hand again, and she did… again (compliance test) : huge indicator of interest and of drunkenness. Her friend motherfucka came back to keep her away from me AGAIN : I felt like an idiot. This is the second time : I think, she and I, will have a problem. Also, twenty minutes later, I saw her keeping her other friend, the brunette, away from a guy who yet was ten times more handsome than me… I tried to talk to her in order to tell her to take care of HER life… but she didn’t let me say a word ! Incredible ! The blonde started kissing a tall guy totally drunk with the t-shirt full of sweating (moreover, I think he always turned his tong in the same direction). Her loss, she really has to change her friends ! Seriously.

Extremely offended, I came back to the girl who had to show me her tits. She did. Nice, I like when people keep promises! I remember there was guys that night who tried to steal my girl in a not catholic way « he is such a loser, fuck with me I’m better baby ♥ ». Let me tell you that it reveals a lot of frustration. Poor guys ! For her part, it looked like she knew what she wanted and assumed it… It makes a change, in a good way ! It was really cool to make love to her… but, also, I think she was lucky to find me too : on the Internet, there is so many inexperienced and awkward and complicated suckers. Then, everything gone naturally, alternating sweetness and assertiveness… she wanted incredibly and savage good sex, I think she had value for money ( doggy style was particularly good). I do understand her : if everything was that simple, the world would be better ! Less frustration, less violence, more happy people… However, discretion is important (social pressure).

I got my jacket, she asked men for some cigarettes, and we were on our way. When she asked cigarettes, I said I was her roommate bicause men won’t give something to a girl who will fuck with another dude. We stopped in an alley, and I said « do you know streetfucking ? » She said yes. We had sex on-the-spot. She came in the street, once, but I didn’t. I was hard like a tripod from The War of the Worlds on the way of my place. At home, we fucked, twice. (I gave her orgasms with my tong, my fingers and my cock, she really deserved it to reward her boldness). She came, 3 times. Then we did it again after sleeping and she went to work. She is 30, and teased me a lot : hmm « for a 23 year old boy » it’s « not bad » haha. Flattering. I have to say, she is really fun, I’m charmed, I want to see her again. Such complicity, in particular into bed, creates solid bonds. I’m interested. She dared, she tried me, she won.

For his part, Arnaud have been banned from a club where he was a regular… because he never buy drinks.