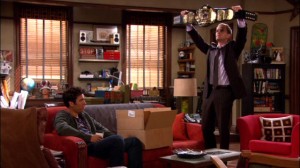 At about 0 am, I passed in the street where are all the bars and I saw a party in floors. I perceived a girl there who is on my fan page on FB (she sent me a message the day before) so I rang to the door. ” Who is it?
– It is Cyprineman
– Eh fuck what ?
– Well, open the door bb ” Here is in brief how a small fame can allow to be go into parties of people you don’t know. Well, I was scandalous over there because it was full of idiots and I was kicked out as a swine. Then, to avenge me, I didn’t close her front door and I rounded up full of people of the street at her place, of whom a group of 10blacks. Then, I left. Good night, girls.

At about 2 am, I then received a call from the Red-haired who I fuck sometimes, she wanted to go to one of the little clubs of the city center. I was not very motivated to join her but there were her friends all the same. Then, because of a lack of anything better, we went there. I had decided on my way to do not screw her to piss her off and everything but to warm her half to death to have fun. However, she told me “look at the girl who came with us, Hottie, I guess that she likes me…
– Ah yeah, do you think we can make a threesome ?
– Maybe.” Then, I explained her how to turn on a girl while warming her and it is wet as sea that she went talking to Hottie. She asked her if she wanted to play with us and Hottie said “yes”. They made full of naughty things but soft then I took aside Hottie and I made the temperature rise. The thing is I had warmed the red-haired chick in front of the other one without kissing her… everything in the frustration. We got closer and everything without kissing on the mouth but everywhere else YES. We caressed, we got closer the three of us, wandering hands, we fiddled with ourselves, we licked ourselves occasionally.

At about 5 am, it is the girl Hottie who took the initiative. “One of you has something to drink at his place ?
– Yes.
– We take a last drink?
– OK, we were going to propose it to you.
– Awesome. It has been a long time since you are in couple?
– No, we are not a couple, I screw her from time to time, that’s all. In fact, we are better enemies: we complicate things and we fuck to let steam off.” Arrived at my place, that began on the sofa with shots, kisses and caresses, then Hottie said “shall we be more comfortable in your bedroom?” While I kissed the Red-haired, Hottie spontaneously put herself in underwear. Then I went to lick her through her panties. The tension rising, both kissed each other while I licked one and fingered her and fingered the other one with my other hand. We took care at first of the Hottie, she needed a fucking long moment to have an orgasm and even if I took care of her during a long moment it is the red-haired who licked her when she came. Both girls saw my boxer while they were naked and took it off then began to blow me. It was cool. Hottie then began to lick the Red-haired. And I watched her fucking hot butt. Needs to know that she is hottttttttttttt, thin, green-eyed, she has magnificent breasts and ass which shouts “doggy style”. Then I put on a condom and I started taking her while she licked the redhead. I then fucked a little the red-haired. Then back on the brunette. I had difficulty not coming then at the end of 10 minutes they told me to go for it, we shall begin again later. They blown me together, then alternately, then shook me and I ejaculated above them. Incredible moment. They looked at each other “would you like to have a dick you ?
– Oh yeah, that looks amazing.” I confirm, especially at the moment.

We started again flirting and I became hard again rather quickly so much the room was full of sexual energy. The brunette rose on my cock while I licked the red-haired. Position of the triangle, both were face to face. At a given moment Hottie said “it is your turn” to the redhead. I then screwed the red-haired similar and then after a while she came down : it is at this moment that Hottie sucked me WITH the condom. That disgusted the red-haired. But I was quite hard then I started to take Hottie doggy-style like crazy, I was hard, she shouted. That had probably bothered (jealousy) the red-haired watching me taking another one wildly like that because she said “I have to go now I have theater tomorrow at 10 am but stay together.
– No but you are crazy it is you who should to stay.” They made politenesses everything while I fucked her then got dressed and left both of them.

It seems that we shall do that again, we shall see later if it is just words. Needs to know that, strangely, from the beginning it is the redhead who was the weakest, even if she had a big mouth she was scared to act. She even could have made everything fail such as Bob the AFC. For example, on our way to my home, she said ” I have to get up early tomorrow.
– If you want I leave you, eh.
– No, no.” And a lot of the other blunders like that in fact. She didn’t know how to handle sexual tension.

Today, I am in high spirits, I am on top form!Kiss love flex. May the God of the Game be with you !

PS. Otherwise, I solved the problem “Charlotte”, the girl I like who is in Sydney until July. I told her that we would not put ourselves in couple before I am 30 years old but in the meantime we could have an open relation. She thinks about it IE she doesn’t want. I guess that she is in love while we never meet in real life. It smells like a girl with problems. I think it is a good thing if she says “no”.

PPS. Hafid called me to tell me a thing. “Last night, I approached a girl by asking her “hello are you fine?” then I suggested her having a walk, I led her to my car, I fingered her inside and I do not know if I will see her again.” The more that goes and the less I understand him… And… WTF thoses approaches ????!

PPPS. Last anecdote. About the girl who looks like Audrey Hepbrun that I had sex with several months ago. Well, I met her guy, the one she has cheated on with me. I went talking to him, I tried to become friend with him. I told him that we were at the same high school and everything… I have taken his FB, he said that he finds me nice and that we will certainly go out together. That promises to be awesome, especially if his girlfriend wants to come with us, I am becoming an obnoxious manipulator.

previousI fuckclosed three new girls in less than a week !
nextDo you think that it is the period (first hot season) which makes me fuck a lot like that at the moment?